Skip to content
This story also ran on LAist. This story can be republished for free (details). 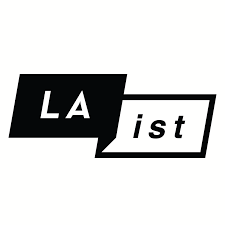 Over the course of the pandemic, COVID-19 infections have battered high-poverty neighborhoods in California on a staggeringly different scale than more affluent areas, a trend that underscores the heightened risks for low-wage workers as the state endures a deadly late-autumn surge.

A California Healthline review of local data from the state’s 12 most populous counties found that communities with relatively high poverty rates are experiencing confirmed COVID-19 infection rates two to three times as high as rates in wealthier areas. By late November, the analysis found, about 49 of every 1,000 residents in the state’s poorest urban areas — defined as communities with poverty rates higher than 30% — had tested positive for COVID-19. By comparison, about 16 of every 1,000 residents in comparatively affluent urban areas —communities with poverty rates lower than 10% — had tested positive.

Epidemiologists say the findings offer evidence of the outsize risk being shouldered by the millions of low-wage workers who live in those communities and do the jobs state and federal officials have deemed essential in the pandemic. These are the grocery store clerks, gas station cashiers, home health aides, warehouse packers, meat processors, hospital janitors and myriad other retail and service employees whose jobs keep the rest of us comfortable, clothed and fed. Those jobs cannot be done remotely.

“People are being forced to go to work, possibly not able to protect themselves adequately,” said Dr. Christian Ramers, an infectious disease specialist at Family Health Centers of San Diego. “If you are living paycheck to paycheck, it’s a very hard decision for some people, if they feel OK, to not go to work or to even quarantine if they know that they were exposed, because they need to pay rent and they need to pay the bills.”

To examine income and COVID infection rates, California Healthline obtained data showing the number of cases for each ZIP code in nine of the state’s 12 most populous counties: Alameda, Fresno, Kern, Orange, Riverside, Sacramento, San Diego, San Francisco and Santa Clara. For three other counties that organize the data differently — Los Angeles, Contra Costa and San Bernardino — we obtained infection rates at the neighborhood and city level. We then cross-referenced those infection figures with U.S. census data showing poverty levels by community. Federal regulations set the poverty line for the 48 contiguous states at $26,200 in annual income for a family of four.

The analysis revealed a common pattern of COVID spread, in which neighborhoods within the same city, often just miles apart, had vastly different infection rates, with higher-poverty areas hit hardest.

At Family Health Centers of San Diego, which operates dozens of primary care, dental and behavioral health clinics in San Diego County, more than 90% of patients qualify as low-income and nearly 30% don’t have insurance. Ramers said the recent surge in coronavirus cases has ripped through his patients’ communities at a quicker pace than in San Diego’s many affluent neighborhoods.

“It’s southeast San Diego, it’s El Cajon and it’s all of the South Bay communities right by the [Mexican] border,” Ramers said. “They have the lowest socioeconomic status amongst other indicators, and that is exactly where we’re seeing the hardest-hit communities with COVID.”

Ramers said he recently treated a patient who works at a sandwich shop. She developed a fever and told her boss she had possible COVID symptoms. “He said, ‘No, you have to get to work,’” Ramers said. “I started asking about what kind of PPE [personal protective equipment] does she get? She is in a crowded kitchen making sandwiches for hundreds of people, probably, and I think she got one mask every couple of days.”

Her employer ultimately gave her permission to miss work, but only after Ramers confirmed the COVID diagnosis and issued a formal doctor’s note saying she needed to stay home.

Research indicates residents of low-income neighborhoods are curtailing outings and social gatherings as much as anyone else during the pandemic — with the key exception that, unlike many white-collar workers, they have to leave home to work. Jonathan Jay, assistant professor of community health sciences at Boston University, recently co-authored a study that used smartphone data to see whether people in low-income areas were maintaining physical distance as much as people in more affluent areas.

“We didn’t find anything that would confirm the idea that lower-income people were unaware or unmotivated,” Jay said. “What we found was suggestive of their having the same level of awareness, the same level of motivation, and simply the only evidence we found to explain the difference in physical distancing was the work-related behaviors.”

Dr. Kirsten Bibbins-Domingo, professor and chair of the Department of Epidemiology and Biostatistics at the University of California-San Francisco, noted that low-wage workers also tend to live in densely crowded households. In other words, she said, it is often hard to isolate yourself if you are poor.

“If somebody has a positive test, I advise them that they should not be living with other people in their household; or, if they have to stay in the same household, that they separate to a separate room, a separate bathroom, ideally, and that people wear masks in the house,” she said.

“You can see that if their normal living environment is doubled up, tripled up, quadrupled up, that those strategies won’t work.”

Bibbins-Domingo called on community and business leaders to embrace policies that ensure essential workers get paid time off if they contract COVID-19. Legislators at the federal and state level have passed laws intended to expand the ranks of employees guaranteed paid sick leave for COVID-19, but many small businesses are exempt. She said public agencies also should consider paying for hotel rooms so people who live in crowded households can quarantine.

She praised California’s decision to tie COVID-related restrictions on activities in each county to a “health equity metric,” which ensures infection rates are low in all neighborhoods, not just wealthy ones.

“What the failure has been is to recognize that poor communities always have higher transmission during a pandemic; that we sort of expect to happen,” she said. “Knowing that is going to happen, it’s the responsibility of policymakers to actually put protections in place, to help the communities with the least resources to address the needs in the pandemic.”

Data for this article came from 12 county health departments and the U.S. Census Bureau’s five-year 2014-18 American Community Survey. The Census Bureau creates geographies called ZIP Code Tabulation Areas that are based on ZIP codes but may not exactly match ZIP code boundaries. For most counties, a ZIP code is the smallest geography available for infection data released online. Infection data was obtained from county websites on Nov. 23. All counties appear to update their ZIP code data frequently but some may lag more than others. When available, the analysis used confirmed infection rates and population data provided by counties; otherwise, census data was used to calculate infection rates. The analysis excluded ZIP codes, cities and neighborhoods with fewer than 5,000 residents.