Since the start of 2013, pharmaceutical companies based in the U.S. or abroad have recalled about 8,000 medicines, comprising billions of tablets, bottles and vials that have entered the U.S. drug supply and made their way to patients’ medicine cabinets, hospital supply closets and IV drips, a Kaiser Health News investigation shows. The recalls represent a fraction of the medicines shipped each year. But the flawed products contained everything from dangerous bacteria or tiny glass particles to mold — or too much or too little of the drug’s active ingredient.

Just how often people are sickened or die from tainted drugs is next to impossible to determine. No government agency tracks cases unless they’re linked to a major outbreak among hospital patients. And sudden, seemingly random illnesses in disparate places are notoriously hard to link to a tainted drug. That’s in part because drugmakers don’t have to divulge which products are made in which manufacturing plants, since that is regarded as proprietary information. 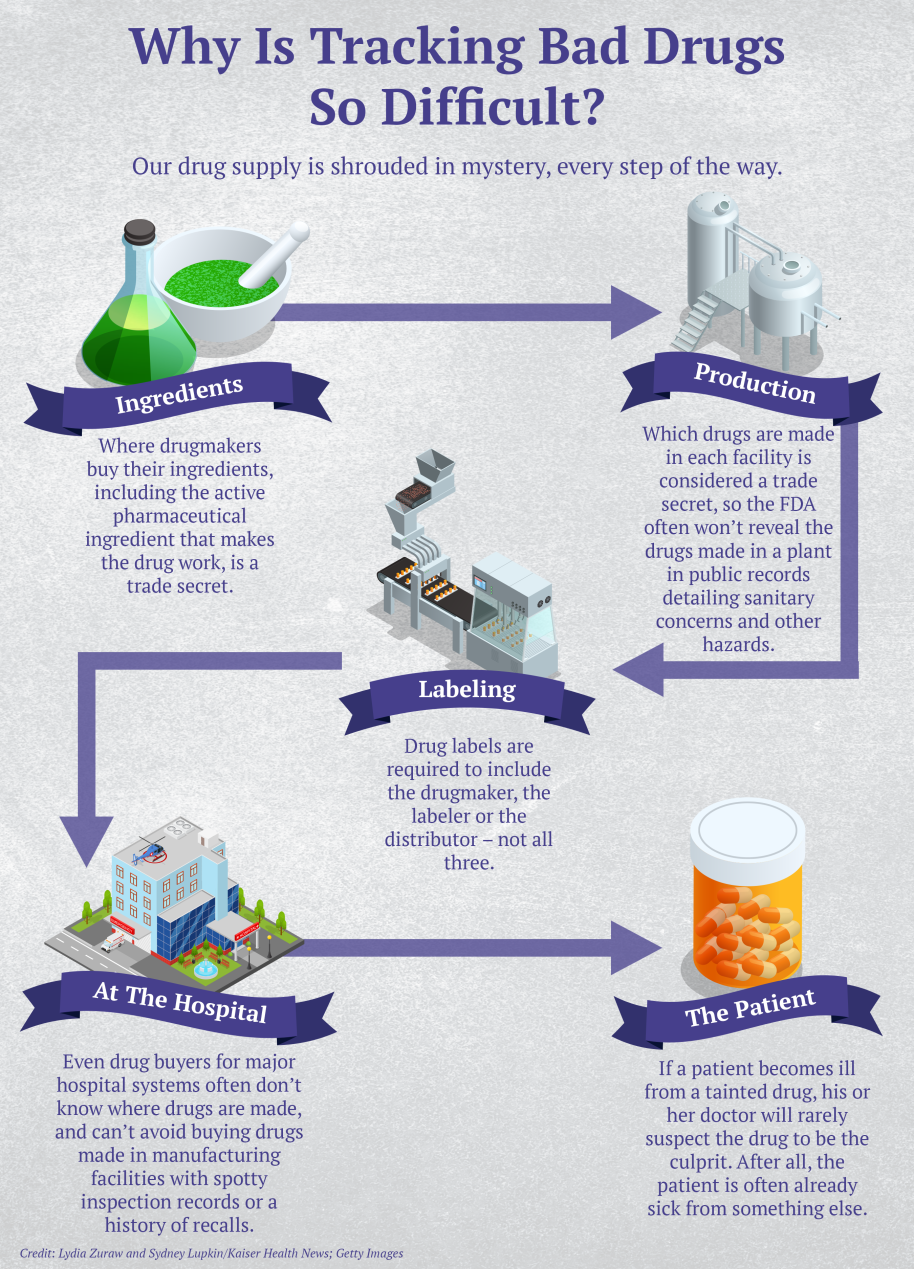