Skip to content
This story also ran on NPR. This story can be republished for free (details).

As hospitals across the country weather a surge of COVID-19 patients, in Seattle — an early epicenter of the outbreak — nurses, respiratory therapists and physicians are staring down a startling resurgence of the coronavirus that’s expected to test even one of the best-prepared hospitals on the pandemic’s front lines.

After nine months, the staff at Harborview Medical Center, the large public hospital run by the University of Washington, has the benefit of experience.

In March, the Harborview staff was already encountering the realities of COVID-19 that are now familiar to so many communities: patients dying alone, fears of getting infected at work and upheaval inside the hospital.

This forced the hospital to adapt quickly to the pressures of the coronavirus and how to manage a surge, but all these months later it has left staff members exhausted.

“This is a crisis that’s been going on for almost a year — that’s not the way humans are built to work,” said Dr. John Lynch, an associate medical director at Harborview and associate professor of medicine at the University of Washington.

“Our health workers are definitely feeling that strain in a way that we’ve never experienced before,” he said.

Until the late fall, the Seattle area had mostly kept the virus in check. But now cases are rising faster than ever, and Washington Gov. Jay Inslee has warned a “catastrophic loss of medical care” could be on the horizon.

“This is the very beginning, to be honest, so thinking about what that looks like in December and January has got me very concerned,” Lynch said.

When the outbreak first swept through western Washington, hospitals were in the dark on many fronts. It was unclear how contagious the virus was, how widely it had spread and how many intensive care beds would be needed.

Intensive care unit nurse Whisty Taylor remembers the moment she learned one of her colleagues — a young, active nurse — was hospitalized on their floor and intubated.

“That’s really when it hit — that could be any of us,” Taylor said.

“The nurses were the phlebotomists and physical therapists,” said nurse Stacy Van Essen. “We mopped the floors and we took the laundry out and made the beds, plus taking care of people who are extremely, extremely sick.”

A lot has changed since those early days. 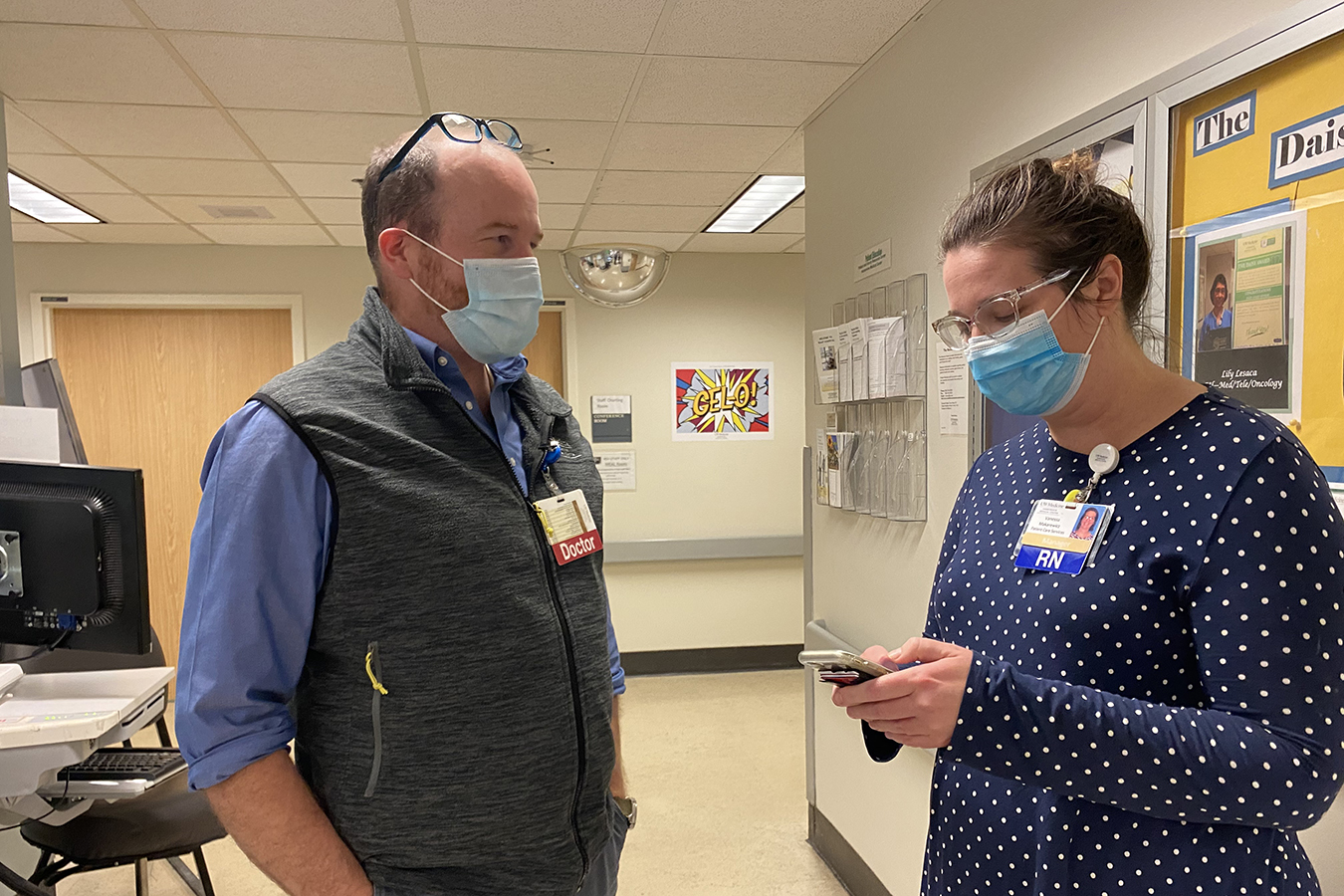 Dr. John Lynch and Vanessa Makarewicz of Harborview Medical Center in Seattle have spent months preparing their hospital for a major increase in patients during the colder months. Some issues cannot be avoided, though, like a shortage of personal protective equipment and an exhausted staff. (Will Stone)

Staff members besides just nurses are now trained to go into COVID rooms and be near patients, and the hospital has ironed out the thorny logistics of caring for these highly contagious patients, said Vanessa Makarewicz, Harborview’s manager of infection control and prevention.

How to clean the rooms? Who’s going to draw the blood? What’s the safest way to move people around?

“We’ve grown our entire operation around it,” Makarewicz said.

The physical layout of the hospital has changed to accommodate COVID patients, too.

“It’s still busy and chaotic, but it’s a lot more controlled,” said Roseate Scott, a respiratory therapist in the ICU.

Harborview has also learned how to stretch its supplies of PPE safely. And as cases started to rise significantly last month, the hospital quickly reimposed visitor restrictions.

“In the past, we’ve had visitors who then call us two days later and say, ‘Oh, my gosh, I just came up positive,'” said nurse Mindy Boyle.

Boyle said months of caring for COVID patients — and all the steps the hospital has taken, including having health care workers observed as they don and doff their PPE — has tamped down the fears of catching the virus at work.

“It still scares me somewhat, but I do feel safe, and I would rather be here than out in the community, where we don’t know what’s going on,” said Boyle. 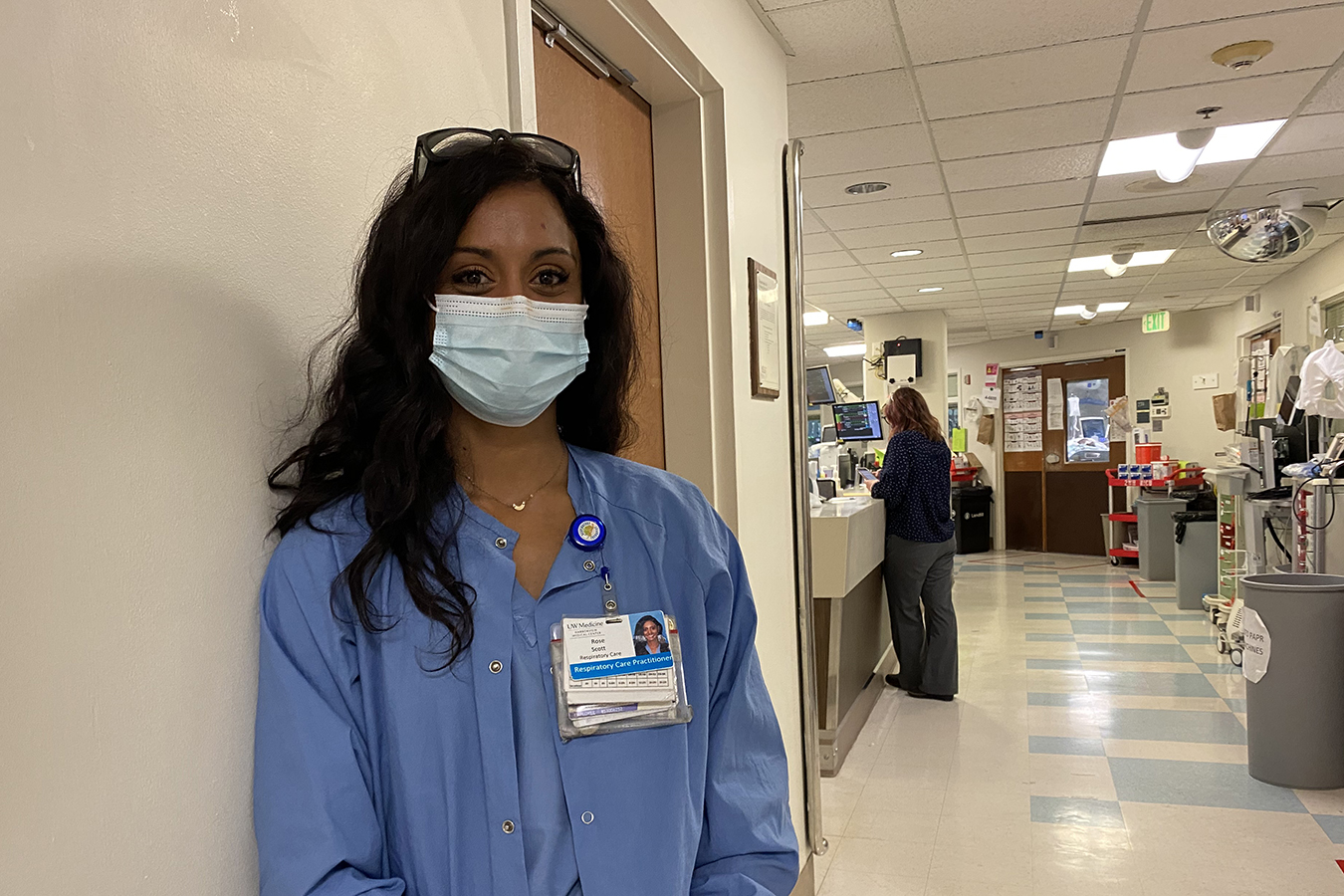 Roseate Scott, a respiratory therapist at Harborview Medical Center, says that now, nine months into the pandemic, she feels much more comfortable working in the COVID ICU. But she still worries that the current surge in hospitalizations will overwhelm her hospital. (Will Stone)

‘We’re All Tired of This’

Preparation can go only so far, though. The hospital still runs the risk of running low on PPE and staff, just like so much of the country.

During the spring, the hospital cleared out beds and recruited nurses from all over the nation, but that is unlikely to happen this time, with so many hospitals under pressure at once.

“All things point to what could be an onslaught of patients on top of a very tired workforce and less staff to go around,” said Nate Rozeboom, a nurse manager on one of the COVID units. “We’re all tired of this, tired of taking care of COVID patients, tired of the uncertainty.”

Already, COVID’s footprint at Harborview is expanding and bringing the hospital close to where it was at its previous peak.

“The fear I have personally is overwhelming the resources, using up all the staff — and the numbers are still going to go up,” said Scott.

And she said the realities of caring for these desperately ill patients have not changed.

“When they’re on their belly, laying down with all the tubes and drains and all these extra lines hanging off of them, it takes about four to five people to manually flip them over,” Scott said. “It feels intense every time. It doesn’t matter how many times you’ve done it.”

Hospitalized patients are faring better than in the spring, but there are still no major breakthroughs, said Dr. Randall Curtis, an attending physician in the COVID ICU and a professor of medicine at the University of Washington.

“The biggest difference is that we have a better sense of what to expect,” Curtis said.

The few treatments that have shown promise, including the steroid dexamethasone and the antiviral remdesivir, have “important but marginal effects,” he said.

“They’re not magic bullets. … People are not jumping out of bed and saying, ‘I feel great. I’d like to go home now,'” Curtis said. 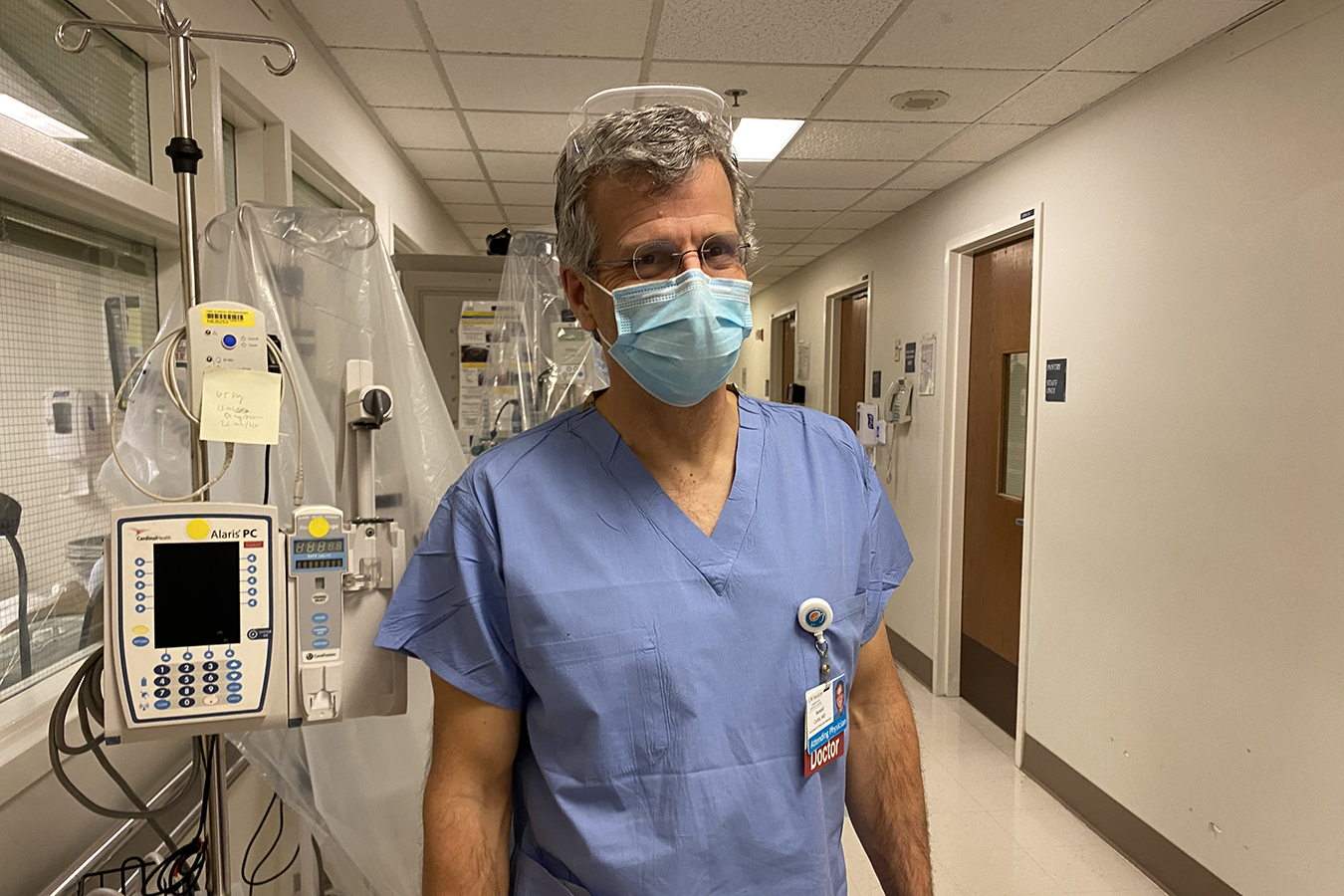 Dr. Randall Curtis, an attending physician at Harborview Medical Center, says the biggest change since spring is that they know what to expect when patients end up in the ICU. Some treatments help, but there have not been any major breakthroughs, he says. (Will Stone)

Taylor said nursing has never quite felt the same since she started in the COVID ICU.

“These people are in the rooms for months. Their families can only see them through Zoom. The only interaction they have is with us through our mask, eyewear, plastic,” Taylor said. “We’re just giving their body a runaround trying to keep them alive.”

This story is from a reporting partnership that includes NPR and KHN.