“Do you want numbing gel?” the dental technician asked me as she prepared to plunge into my mouth.

In the entire history of dentistry, from caveman days to now, who has ever said no to more painkiller? Smear that gel around like spackle! She did. And then ground and scraped. And scraped and ground, for a full hour and a half.

Ninety minutes later, I was writhing in a different kind of pain. The office assistant handed me a bill for $930. That was $900 for root planing and $30 for the numbing gel. I had to bite my gel-numbed tongue to avoid asking why they stopped there. “Sir, would you prefer we do this while you lie on the floor or would you prefer the Chair Package?” “Care for our Adequate Lighting Option?”

Worse: This was just the beginning. The dentist said I needed at least four crowns — at about $1,500 each. While that’s about the average cost of crowns around our home in Maryland, according to our insurer, that would probably be about $5,000 more than our insurance would cover.

I was moaning about this to my brother-in-law who lives in Norway, and he said people there fly to Hungary for good, affordable dentistry. A little Googling about dental tourism had me sold. The savings from crossing the border can appear remarkable. Crowns that cost $1,500 would run just $300 to $600 apiece in Mexico or Costa Rica, I found. No wonder medical and dental tourism is a booming business. The U.S. Bureau of Economic Analysis says Americans spent $2.6 billion on medical and dental tourism in 2018. That’s up from just $757 million in 2008. While there are no reliable counts of how many people leave the U.S. for discount foreign dentistry, officials in Costa Rica, a hub for dental tourism, estimate that tourists spent more than $200 million on implants, crowns, veneers and other tooth care there in 2017.

Of course, a cheap but bad dentist is no bargain. Traveling to a foreign country for discount dentistry certainly has additional hassles and risks. The federal Centers for Disease Control and Prevention warns that local standards of facilities and training may be lower than in the U.S. and that mistakes in translation or communication can result in mistreatment. Also of concern for anyone having major work done: Flying shortly after any kind of surgery heightens the risk of deadly blood clots.

But putting off needed dental care also has risks. So, I was determined to try it.

First, to find that good and affordable overseas dentist. I opted for Costa Rica because I’d never been there, it had a good reputation for dental tourism, and I’d heard it was a great place to vacation. Why not offset the pain with a little pleasure? Googling for Costa Rican dentists returns almost 1.8 million results. To narrow my choices, I used a facilitator, or broker. I figured that was safer, since the dentists are beholden to him for repeat business.

While it’s difficult to suss out legitimate online reviews of anything anymore, I chose a broker who seemed to get real-sounding praise on sites like TripAdvisor. I sent him my X-rays and my American dentist’s treatment proposal. He distributed those to several Costa Rican dentists, who sent back bids. I chose one who passed my wife’s online investigation. The facilitator also handled travel, arranging for a hotel ($75 a night), airport pickup and transportation to the dentist’s office. He didn’t charge me for this service. He collects commissions from the dentist and hotel.

I arrived in San Jose, Costa Rica, on a Tuesday, and the next day a driver whisked me to the clinic, where I was reassured. I saw state-of-the-art equipment and learned that several of the dentists had trained at American dental schools. My dentist had done some training at Baylor College of Dentistry in Texas, now Texas A&M College of Dentistry. The staff was fluent in English.

After his examination ($80), the Costa Rican dentist announced he thought I needed five crowns. (I really should have flossed more.) The cost: $500 each. I said yes. 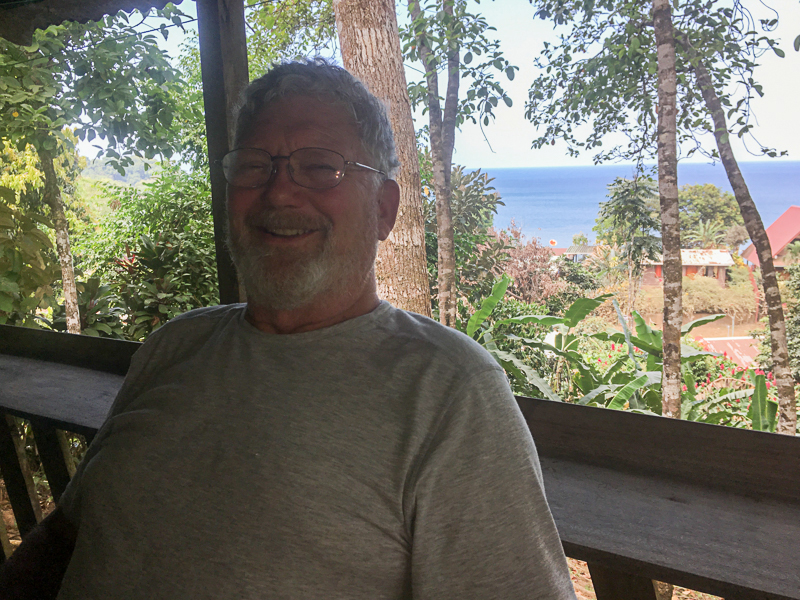 Facing the prospect of a pricey dental procedure in Maryland, writer Mike Salmon looked outside the country — and landed on getting five crowns in Costa Rica. (Courtesy of Mike Salmon)

At home, a wise person would probably spread out this kind of ordeal. But the Costa Rican dentist was eager to get everything done right away, and my time was limited. So, for the next 6½ hours they ground and they pierced and they grated and they chipped. That’s a lot of Novocain. And the conversation among staffers was in rapid Spanish, which Americans who don’t speak the language might find disconcerting.

It would take a few days to make the crowns, so my wife and I took a short flight to the Drake Bay area, where we snorkeled, swam and poked around the mangroves. My mouth was sore for about a day, but ibuprofen and a few refreshing “leche de pantera” nonalcoholic cocktails took care of that.

When I returned to San Jose for the final fitting, an interesting thing happened. One crown did not sit perfectly. The dentist explained that he could grind it down, but the best practice was to cast a new one. That, however, would take time, and he knew my schedule was tight. I appreciated his honesty, and it was nice to be given a choice. I opted to wait for the new crown, which he glued on the night before my flight home. It fit perfectly.

Total dental bill: $2,580, including anesthetics. Because our dental plan is a Preferred Provider Organization, Aetna says we can be reimbursed for some of this expense, but it is still working on that.

My wife’s and my airfare and a week in a San Jose hotel ran about $1,000. Throw in $500 for meals and incidentals, and the total cost of the dental trip/vacation came in under $4,100. People who live close to Mexico and can drive across the border to dental centers such as Los Algodones would have much lower costs.

That math shows that dental tourism for people who live far from the Mexican border makes economic sense only if you require significant expensive dentistry, like crowns, implants or veneers, costing more than about $5,000 in the U.S. But in return for the savings — and the cheap tropical vacation — you have to be comfortable traveling in a foreign country and willing to accept a little extra risk.

Generally, your local dentist will repair a loose crown he or she installed at no charge in the first year or two. If something goes wrong with my Costa Rican crowns, I’ll probably have to pay a local dentist about what it cost to do a crown to take care of that. But after more than six months, I’ve had no complaints.

I can only say that most guests at my San Jose hotel were there for the dentistry. Most were return customers. They had beautiful smiles.

Kim Clark contributed to this report.

How To Get Bargain Dentistry And A Vacation To Boot