Provider directories for some health plans sold through Covered California and in the private market are so inaccurate that they create an “awful” situation for consumers trying to find doctors, according to the lead author of a new study published in the journal Health Affairs. 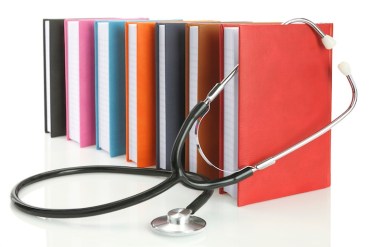 In the study, “secret shoppers” posing as patients were able to schedule an appointment with a primary care physician less than 30 percent of the time.

The callers contacted 743 doctors in five different regions of California who were listed as primary care physicians in their health plans’ online directories. They focused on Blue Shield of California and Anthem Blue Cross plans sold to individuals and families through the state health insurance exchange and in the open market.

“We were a little bit surprised at how bad the numbers were,” said the study’s lead author, Simon Haeder, an assistant professor of political science at West Virginia University.

Haeder said the pseudo-patients, who made the calls in June and July of last year, encountered a variety of obstacles to making an appointment.

About 10 percent of the time, the providers either were no longer with the medical group listed in the directory or never had been.

Blue Shield and Anthem were chosen because they’re large insurers that sell policies across the state. And Anthem sells health plans in many places outside of California, “which should make our findings translatable to other states,” Haeder said.

Anthem and Blue Shield both sell plans in the private market that are identical to the ones they sell through Covered California.

“Obtaining access to primary care providers was generally equally challenging both inside and outside” Covered California, the study concluded.

Haeder said the problems were “slightly worse” for plans sold via the exchange, but that the differences were minor. “Both of them are doing relatively terribly,” he said.

Anthem and Blue Shield have a history of problems with their provider directories. In November, the state Department of Managed Health Care fined Blue Shield $350,000 and Anthem $250,000 for “unacceptable inaccuracies.”

The insurers were instructed to improve their directories and reimburse enrollees who may have been harmed by the errors, including patients who were charged for going out-of-network even though the directory showed the doctor they chose was in-network.

The managed care agency is conducting a follow-up survey to determine whether Anthem and Blue Shield have corrected the problems identified in the initial survey, and it expects to release the results later this year, said spokeswoman Rachel Arrezola.

Both insurers said they are working to fix their directories.

“Anthem has spent millions of dollars over the last three years to make our provider directory more user-friendly and to improve the accuracy of the data,” said the company’s spokesman, Darrel Ng.

Since the study was conducted a year ago, he said, Anthem has made tens of thousands of updates to its database, with nearly 19,000 revisions in the third quarter of 2015. He added that Anthem has two dozen employees dedicated to maintaining and updating the directory.

“Blue Shield has continued to make investments in people, processes, and technology resources to improve our provider directories,” Weedn said.

Keeping the directories updated is a challenge, she said, in part because of “constantly changing information — such as whether or not a physician is accepting new patients — that needs to be promptly reported to health plans.”

Anthem and Blue Shield are participating in a pilot project run by America’s Health Insurance Plans, a national trade association, to improve the accuracy of provider directories.

Covered California spokeswoman Lizelda Lopez said the problem of inaccurate provider directories is “disheartening.” But, as the study shows, it isn’t unique to health insurance exchanges, and it predates the Affordable Care Act, she added.

Lopez pointed to a new California law that took effect July 1 requiring insurers to update their online directories once a week and their printed ones every quarter.

Starting next year, each Covered California enrollee will choose or be assigned a primary care doctor within 60 days, “so that they will have an entry point for health care as soon as possible after they enroll in coverage,” Lopez said.

The exchange also plans to add an online provider directory in time for the next open enrollment period, which begins November 1. It will allow consumers to search physicians by name, she said.

“Every Covered California enrollee should know that if they have difficulty scheduling an appointment, they should contact their health plan for assistance, especially if they have an acute health care need,” Lopez said. “All health insurers will assist consumers in finding a provider who can serve them.”

The study’s findings are “not a surprise,” said Betsy Imholz, special projects director of the advocacy group Consumers Union. “It’s a longstanding issue. In this new environment, we have to get better. That’s what our own work told us and this confirms it.”

Consumers Union conducted its own informal secret shopper survey in 2014 and 2015, in the San Francisco area, and got similar results, Imholz noted.

The group co-sponsored a new law that calls for weekly online directory updates.

In addition to the problems with provider directories, the Health Affairs study also found that shoppers with “urgent” health problems such as high fevers or heavy bleeding during menstruation faced wait times of eight to 12 days to get an appointment.

“You need to be able to use your insurance outside of an emergency room,” Haeder said. “For someone who is not financially well-off and doesn’t speak English and is trying to schedule an appointment but can’t, they either give up … or they go to the emergency room, which creates bigger issues for the health care system.”

The study suggests that updating provider directories frequently with real-time information, coupled with incentives or penalties for providers and insurers, “might be the only path to truly improved access for patients.”