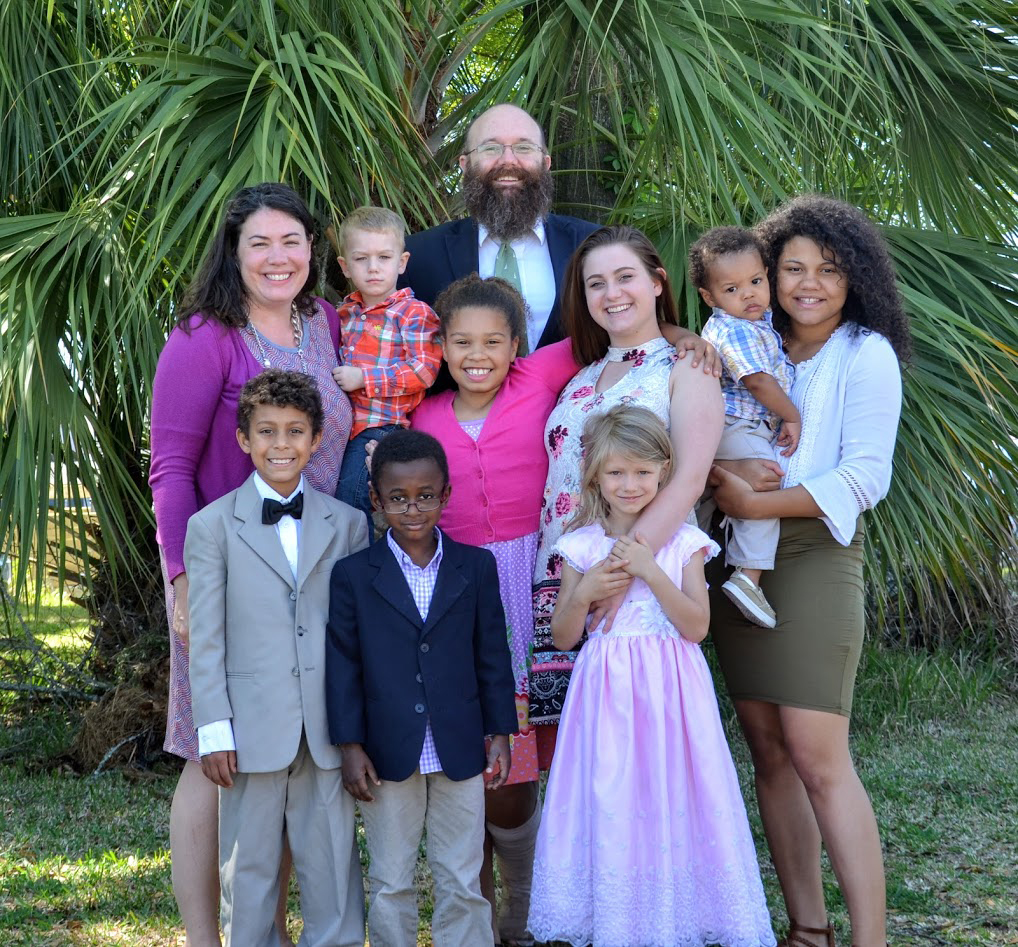 “We would not be able to foster without Medicaid,” says Sherri Croom of Tallahassee, Fla. Croom and her husband, Thomas, have fostered 27 children in the past decade. They’re pictured here with four adopted children, two 18-year-old former foster daughters and those daughters’ sons. (Courtesy of the Croom family)

Sherri and Thomas Croom have been foster parents to 27 children — from newborns to teenagers — during the past decade.

That has meant visits to dozens of doctors and dentists for issues ranging from a tonsillectomy to depression.

While foster parenting has innumerable challenges, health care coverage for the children isn’t one of them. Medicaid, the federal-state health insurance program for the poor, picks up the tab for nearly all children in foster care and often continues to cover them if they are adopted, regardless of their parents’ income. And as a result of the 2010 Affordable Care Act, foster children who have Medicaid at 18 can retain the coverage after they are no longer in foster care — until they turn 26.

In California, nearly 23,000 former foster youth are in Medi-Cal, the state’s version of Medicaid, under that ACA provision. An additional 67,211 children currently in foster care are enrolled in Medi-Cal.

Nationally, the number of foster kids has increased in recent years, largely because the opioid epidemic has devastated many families. Between 2012 and 2016, children in foster care nationally rose from roughly 397,000 to 437,500, according to federal data.

“We would not be able to foster without Medicaid,” said Sherri Croom, 41, of Tallahassee, Fla. “It pays for everything.”

Yet, Croom and other foster parents say that even with the coverage they struggle to meet the extraordinary health needs of their children. Part of the trouble is too few doctors accept Medicaid, most notably mental health specialists.

In California, which has among the lowest Medicaid reimbursement rates in the country, some foster parents say they are able to get their kids the care they need by sharing information about which doctors accept foster children with Medi-Cal.

Specialized care can still be difficult to find for foster children on Medi-Cal.

Beth Hewitt of Mountain House, Calif., a small town on the western edge on the state’s Central Valley, has two foster children — Nathaniel, nearly 3 years old, and Levi, who is almost 2. Nathaniel has been diagnosed with PTSD and severe anxiety after experiencing abuse and neglect, Hewitt said. But she and the child’s social worker called around for months before finding a psychologist who would accept his Medi-Cal coverage, Hewitt said.

Levi was born with drugs in his system that caused hearing loss and a form of cerebral palsy. He needs speech therapy, Hewitt said, but she has not yet been able to find a therapist who can treat partly deaf children. “We call and we call and get nothing,” Hewitt said. “He’s [on] Medi-Cal and nobody wants to pick that up.”

Treating The Effects Of Abuse And Neglect

Although foster care children make up only a tiny portion of the 74 million Americans who receive Medicaid, this population faces significantly more health needs than most enrollees. These children often have experienced abuse, neglect, violence and parental substance abuse. About half of them have been diagnosed with mental health disorders, according to the Medicaid and CHIP Payment and Access Commission.

Medicaid is the nation’s largest health program, yet its broad reach beyond traditional populations of low-income children and parents and people with disabilities is less known. Kaiser Health News is examining how the U.S. has evolved into a “Medicaid Nation,” where millions of Americans rely on the program, directly and indirectly.

Foster children’s health problems frequently demand specialized and consistent care, yet these children’s often unstable lives make it difficult for doctors or other health specialists to care for them, said Dr. Moira Szilagyi, a pediatrician based in Los Angeles. The kids often move between foster homes or from foster homes back and forth to their families.

“Every time they change providers, some information is lost and leads to some duplication of services or children fall out of treatment,” she said.

In addition, some experts warn that children who have aged out of foster care at age 18 may delay care because they don’t know that they still have access to Medicaid until they turn 26.

“We are concerned that there are thousands of kids who should be getting Medicaid but aren’t because they are not plugged in to the system,” said Irene Clements, executive director of the National Foster Parent Association.

State performance varies widely on signing up former foster kids through age 25. For example, according to state officials, Florida has signed up about 7,900 of them; Iowa, about 700; Colorado, more than 21,000; and Indiana, 1,685. 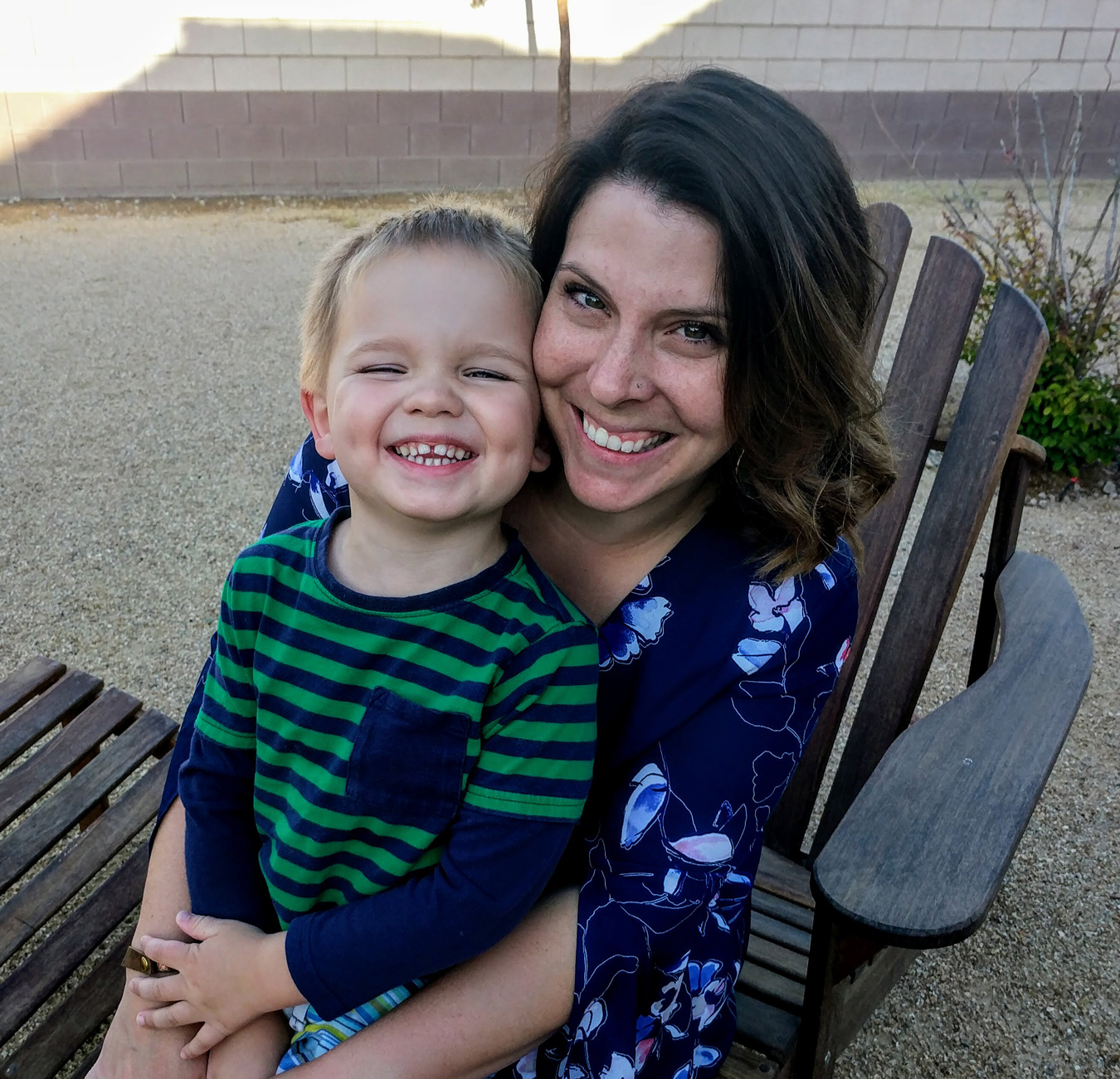 Ali Caliendo says Medicaid coverage has been invaluable since she and her husband, Terry, became Anthony’s foster parents over four years ago. The child had bronchitis and pneumonia in his first year and struggled with some social and emotional problems early on. The Caliendos have adopted Anthony, who is now 5 and on a “good trajectory” as he starts kindergarten, his mom says. (Courtesy of Ali Caliendo)

An Experiment In Care Coordination

A few states, including Florida, Georgia and Texas, have started to test an idea that might improve foster children’s access to care.

They are placing foster children in their own Medicaid health plan — separate from the coverage offered to most Medicaid families.

Supporters say these plans can be designed to meet the higher health needs — particularly for mental health services — of foster children.

For instance, Florida’s child welfare plan is required to have more primary care doctors and mental health specialists available than traditional Medicaid health plans. It also offers extra benefits such as nutrition counseling, art therapy and a $25 monthly allowance for over-the-counter items such as cough syrup and vitamins. About 34,000 foster kids are in the plan managed by Centene Corp.

“This is a promising model,” said Roxann McNeish, a research assistant professor of child and family studies at the University of South Florida.

She said having health plans with administrators and physicians trained to address the unique needs of foster kids has helped better coordinate care to them. But more study is needed to see if children’s health has improved care compared to traditional health plans, she cautioned.

These plans can also allow children to remain under the same coverage if they move to different parts of the same state.

Szilagyi says getting care to foster children is often difficult because responsibilities vary between state agencies, birth parents and guardians. “Obtaining consent from parents to provide health to the child can be challenging,” she said.

The foster-care only plans try to improve this because they are trained to work with state foster care caseworkers to speed care to children.

But a 2016 study conducted by researchers at the University of South Florida for the state Agency for Health Care gave the plan mixed results. It found that parents often complained about lack of access to doctors. On the other hand, child welfare agencies reported having more input in health decisions for children. This is important because those agencies are responsible for recruiting and supporting foster parents and coordinating health services for the children.

The report did not examine whether the children in the plan had better outcomes.

Glen Casel, chief executive of Community Based Care of Central Florida, a foster care agency that contracts with the state to provide child welfare services, said these specialized plans have limited benefit. “I don’t think a foster-care-only plan is a silver bullet,” he said.

His nonprofit has worked with Centene to get more mental health providers in the network, particularly in communities that typically don’t have large numbers of Medicaid enrollees but have foster parents.

Despite the challenges, foster parents do recount success stories.

Ali and Terry Caliendo, of Las Vegas, said Medicaid has been invaluable since they became foster parents to 7-month-old Anthony in 2013. He had bronchitis and pneumonia his first year and later was repeatedly sent home from day care for being too aggressive toward other children.

“He was so sick as a baby, and then socially and emotionally he really struggled with violent rages and attachment issues,” Ali Caliendo said.

Medicaid paid for him to see psychiatrists, psychologists and physical and occupational therapists.

“Having the support through Medicaid made it an easier decision to be foster parents,” Caliendo said.

The Caliendos adopted Anthony at 18 months and were able to keep his Medicaid coverage. This fall, he started kindergarten.

“Because we were able to intervene early, he is on a good trajectory, and we are really pleased,” she said.