The number of Medi-Cal patients who visited primary care clinics rose sharply from 2011 to 2015, according to California’s Office of Statewide Health Planning and Development. The number of people with Medicare and with private insurance who visited primary care clinics rose by a far smaller magnitude, while the number of self-paying or sliding fee patients who did so fell sharply. About one-third of the state’s population is now covered by Medi-Cal. The expansion of the program under the Affordable Care Act has added nearly 4 million new enrollees since 2014. 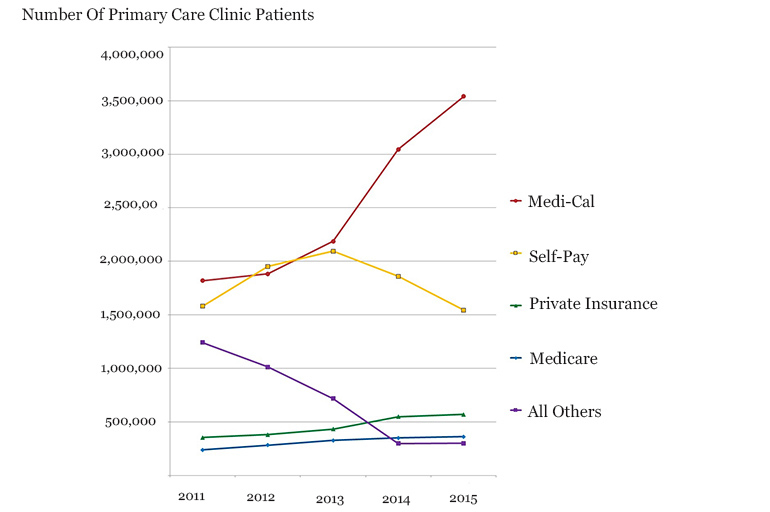