Earlier this month, they expanded on those findings and reported that in addition to stronger lungs, the region’s children — especially those with asthma — have fewer respiratory symptoms thanks to the cleaner air. 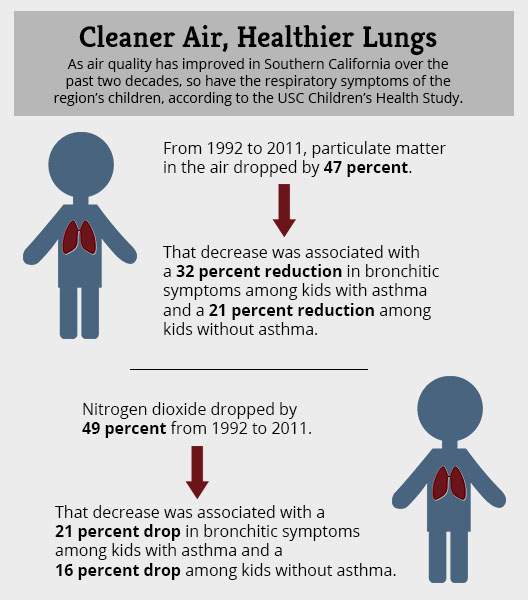