The California Medical Association, which represents about 41,000 doctors, has been at the heart of health care deliberations in Sacramento for decades. This year, it has staked out strong and sometimes surprising positions on the legalization of marijuana, Medi-Cal provider rates and the role it believes nurse practitioners should play in patient care.

Among Larson’s points is that his organization — which has long battled the state over low Medi-Cal reimbursement rates for doctors — is now taking its fight to the people. Medi-Cal is the state’s Medicaid program for low-income residents. It provides coverage to more than 13 million people, and the rates California pays to participating physicians are among the lowest in the country. 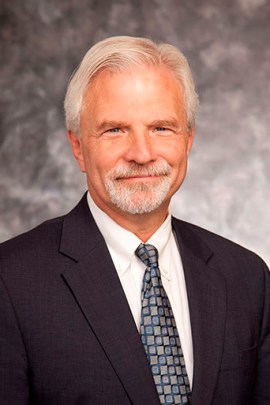 Larson said the CMA is looking to the state’s initiative process for relief. Proposition 56, a proposed cigarette tax, and Proposition 55, an extension of the Proposition 30 income tax increases that voters approved in 2012, are both on the November ballot. If they pass, they’re expected to provide some money for Medi-Cal services.

“We have to do it on our own because the state government is not very sympathetic,” Larson said.

Q: With roughly 80 percent of Medi-Cal enrollees now in managed care and that number rising, shouldn’t your argument that payments to doctors are too low be addressed to private insurance companies instead of the state?

Right now these patients are disadvantaged. If you have cancer in Medi-Cal, you do no better than if you have no insurance at all. That was in the Los Angeles Times recently. I think that’s true. They have no access.

California is 47th out of 50 states in Medicaid payments to physicians. That includes managed care.

What we’re doing now is hoping to create revenue through taxation that’s directed to Medi-Cal rates. The cigarette tax initiative and perhaps some of the Proposition 30 extension monies might go toward propping up Medi-Cal rates.

Q: You’re saying that the CMA is using the ballot process to try to increase payments to doctors because its efforts through the Legislature have failed?

Absolutely. We have decided we have to do it on our own because the state government is not very sympathetic. We’ve gone to them many times and it doesn’t seem to matter.

The idea is that the citizens of California with Medi-Cal have no access because of low reimbursement rates to doctors.

One in three Californians is now on Medi-Cal. That is the public option. It needs to be funded. Right now, they’re funding it through discounts to physicians. And now they have added undocumented children to full Medi-Cal coverage.

Q: If these ballot initiatives pass and there’s more funding for Medi-Cal, how should it be distributed?

We hope the money flows through the system, both in managed care and fee-for-service.

You have to understand the managed care plans pay primary care physicians a capitated, per member, per month rate. They pay specialists the Medi-Cal fee-for-service rates.

An office visit for Medi-Cal is about $16. That’s for a primary care visit and a follow-up visit for a specialist. That’s what I pay for a haircut. There’s something wrong about that.

Q: You mentioned that immigrant children without papers can now get full Medi-Cal. Should adult immigrants who are here without proper documentation also get it?

We don’t have an official CMA policy on that. We do have a policy that states that all people who reside in the state should have insurance coverage. I certainly think we should expand Medi-Cal to all individuals that can’t afford health insurance through other means. That’s my personal belief, not the CMA position.

Q: The CMA says it does not “encourage the use of marijuana and discourages smoking.” Yet it supports an initiative on the November ballot to legalize marijuana. Why?

It sounds like a high-wire act. In reality, we suspect that marijuana may have some beneficial medical effects and it’s difficult to research those in the current climate.

We also know that marijuana is harmful to developing brains. We want to avoid it getting into the hands of adolescents. Our understanding is that it’s easier for high school kids to get marijuana than tobacco or alcohol. It shouldn’t be… If we could regulate marijuana, then we would hope it would be less available to adolescents. The black market will dry up.

Q: Isn’t there a risk that making it legal will create an industry with marketing clout similar to tobacco or unhealthy foods, thus increasing consumption?

We’re very concerned about that. We oppose smoking marijuana or ingesting marijuana for nonmedicinal reasons. But we’re not so naïve to think it’s not going to happen.

Right now, medicinal marijuana is terribly abused and misused and puts physicians in the middle. I’m a practicing physician and some patients inappropriately want a diagnosis to obtain marijuana.

The harm reduction in adolescents outweighs the risk. Some adults who smoke it already will continue to smoke it. I don’t think a lot of adults will go out and start smoking.

Q: A proposed law to allow nurse practitioners more independence in treating patients failed in the Legislature again this year. You opposed it. Why not allow it, particularly in the Medi-Cal population, thus making care more available?

There’s no reason why we can’t expand access just because they require supervision. They can help with telehealth. Let’s say they’re in a remote location and through telehealth they communicate with a physician who oversees the patient’s history and lab studies. We think the supervision safeguards the public.

Q: Some other states already have given nurse practitioners more authority. Have there been problems there?

In other states that have allowed it, there are very few nurse practitioners that are practicing independently. For the most part, they recognize their liabilities and deficiencies. They want to practice in the same desirable locations that physicians do. So they frequently don’t go to areas of shortages and treat Medicaid patients, which is the rationale they’re giving for their scope-of-practice expansion [in California].

Q: How would you respond to people who say doctors oppose expanding scope of practice for nurse practitioners because they don’t want to see prices for their services suppressed by an influx of new providers?

That’s simply not true. Show me a state where they have had an influx of unsupervised nurse practitioners where the prices have dropped. Having additional providers does not decrease the cost of care. It increases the cost of care. Tests cost money. The less trained an individual is, the more ancillary tests they’ll order.

Q: On the cost of prescription drugs, why support Sen. Ed Hernandez’s drug transparency bill yet fight the initiative that will be on the November ballot to regulate the price that state agencies pay for drugs?

The reason we oppose the [ballot] initiative is we believe it is poorly written. We think it’s cumbersome to tie drug costs to [Department of Veterans Affairs] drug pricing. It will probably result in drug shortages for California and it will inhibit innovation.

A Chat With The Head Of California’s Doctor Lobby