California schools get hundreds of millions of dollars a year from the state to identify and assist disabled children who have mental health problems.

But we don’t know how the money is spent or if it is helping the kids perform better in school. 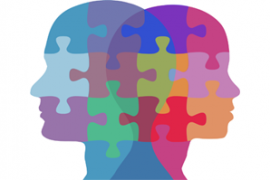 That’s the main finding of a recent report by the California State Auditor, and it will be on the agenda Wednesday at a hearing of the Senate’s mental health committee.

“It appears we give all this money to the schools, hundreds of millions of dollars every year, and yet … we don’t have some kind of way of measuring performance,” said state Sen. Jim Beall (D-San Jose), who chairs the committee. “We don’t know how our dollars are being spent. It’s essentially a black box.”

The 2014-15 state budget allocated $426 million for mental health in special education programs, according to Beall’s office.

Wednesday’s hearing will include discussion of a bill (SB 884) recently introduced by Beall that would make school districts and the California Department of Education accountable for the effectiveness and costs of the behavioral services provided in those programs.

Beall’s bill echoes the auditor’s report, released on Jan. 19, which says state law should require the department to report yearly on outcomes — including graduation and dropout rates — for those students.

The report also says school districts should be required to track and report what they spend on mental health services for the students.

The schools’ responsibility for mental health is relatively new. A law that took effect in July 2011 transferred that authority from county mental health departments to local school districts.

Since then, many schools have reduced the number of mental health services available for some children, and there has been no accounting of whether the services children did receive have actually benefited them, according to the audit.

About 700,000 children in California “suffer from a severe emotional disturbance,” but no more than 120,000 of them get help for it, the report said.

“If you have 700,000 kids who need services, and only 120,000 kids are provided services, there’s kind of a gap there,” Beall said. “The question becomes, what happens to those half a million kids?”

The 2011 changeover was proposed by Gov. Brown as part of a budget deal.

At the time, “the governor stated that the change would lead to greater cost containment and create a stronger connection between services and student educational outcomes,” according to the auditor report.

But with the lack of reporting and oversight, there is no way to know whether that has happened or not, Beall said.

Because the change was part of a larger budget deal, lawmakers never fully hashed out the best way to set it up in the schools, he added. That dialogue will start in earnest at today’s hearing, Beall said.