Economic insecurity is upending the lives of millions of older adults as soaring housing costs and inflation diminish the value of fixed incomes.

This story also ran on CBS News. It can be republished for free. 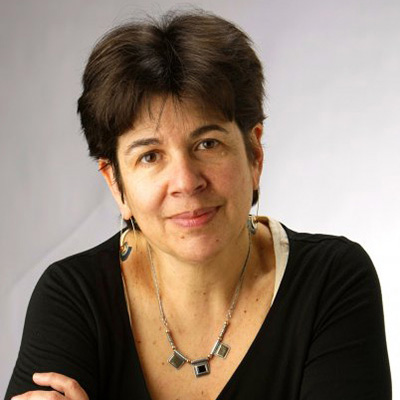 Across the country, seniors who until recently successfully managed limited budgets are growing more anxious and distressed. Some lost work during the covid-19 pandemic. Others are encountering unaffordable rent increases and the prospect of losing their homes. Still others are suffering significant sticker shock at grocery stores.

Dozens of older adults struggling with these challenges — none poor by government standards — wrote to me after I featured the Elder Index, a measure of the cost of aging, in a recent column. That tool, developed by researchers at the Gerontology Institute at the University of Massachusetts-Boston, suggests that 54% of older women who live alone have incomes below what’s needed to pay for essential expenses. For single men, the figure is 45%.

To learn more, I spoke at length to three women who reached out to me and were willing to share highly personal details of their lives. Their stories illustrate how unexpected circumstances — the pandemic and its economic aftereffects, natural disasters, and domestic abuse — can result in unanticipated precarity in later life, even for people who worked hard for decades.

“After 33 years living in my apartment, I will have to move since the new owners of the building are renovating all apartments and charging rents of over $1,800 to 2,500/month which I cannot afford.”

Cohen, 79, has been distraught since learning that the owners of her Towson, Maryland, apartment complex are raising rents precipitously as they upgrade units. She pays $989 monthly for a one-bedroom apartment with a terrace. A similar apartment that has been redone recently went on the market for $1,900.

This is a national trend affecting all age groups: As landlords respond to high demand, rent hikes this year have reached 9.2%.

Cohen has been told that her lease will be canceled at the end of January and that she’ll be charged $1,200 a month until it’s time for her apartment to be refurbished and for her to vacate the premises.

“The devastation, I cannot tell you,” she said during a phone conversation. “Thirty-three years of living in one place lets you know I’m a very boring person, but I’m also a very practical, stable person. I never in a million years would have thought something like this would happen to me.”

During a long career, Cohen worked as a risk manager for department stores and as an insurance agent. She retired in 2007. Today, her monthly income is $2,426: $1,851 from Social Security after payments for Medicare Part B coverage are taken out, $308 from an individual retirement account, and $267 from a small pension.

That doesn’t include non-routine expenses, such as new partial dentures that Cohen needs (she guesses they’ll cost $1,200) or hearing aids that she purchased several years ago for $3,400, drawing on a small savings account. If forced to relocate, Cohen estimates moving costs will top $1,000.

Cohen has looked for apartments in her area, but many are in smaller buildings, without elevators, and not readily accessible to someone with severe arthritis, which she has. One-bedroom units are renting for $1,200 and up, not including utilities, which might be an additional $200 or more. Waiting lists for senior housing top two years.

“I’m miserable,” Cohen told me. “I’m waking up in the middle of the night a lot of times because my brain won’t shut off. Everything is so overwhelming.”

“It’s becoming too expensive to be alive. I’ve lost everything and break down on a daily basis because I do not know how I can continue to survive with the cost of living.”

England, 61, thought she’d grow old in a three-bedroom home in Winchester, Virginia, that she said she purchased with her partner in 1999. But that dream exploded in January 2021.

Around that time, England learned to her surprise that her name was not on the deed of the house she’d been living in. She had thought that had been arranged, and she contacted a legal aid lawyer, hoping to recover money she’d put into the property. Without proof of ownership, the lawyer told her, she didn’t have a leg to stand on.

“My nest was the house. It’s gone. It was my investment. My peace of mind,” England told me.

England’s story is complicated. She and her partner ended their longtime romantic relationship in 2009 but continued living together as friends, she told me. That changed during the pandemic, when he stopped working and England’s work as a caterer and hospitality specialist abruptly ended.

“His personality changed a lot,” she said, and “I started encountering emotional abuse.”

Trying to cope, England enrolled in Medicaid and arranged for eight sessions with a therapist specializing in domestic abuse. Those ended in November 2021, and she hasn’t been able to find another therapist since. “If I wasn’t so worried about my housing situation, I think I could process and work through all the things that have happened,” she told me.

After moving out of her home early in 2021, England relocated to Ashburn, Virginia, where she rents an apartment for $1,511 a month. (She thought, wrongly, that she would qualify for assistance from Loudoun County.) With utilities and trash removal included, the monthly total exceeds $1,700.

On an income of about $2,000 a month, which she scrambles to maintain by picking up gig work whenever she can, England has less than $300 available for everything else. She has no savings. “I do not have a life. I don’t do anything other than try to find work, go to work, and go home,” she said.

England knows her housing costs are unsustainable, and she has put her name on more than a dozen waiting lists for affordable housing or public housing. But there’s little chance she’ll see progress on that front anytime soon.

“If I were a younger person, I think I would be able to rebound from all the difficulties I’m having,” she told me. “I just never foresaw myself being in this situation at the age I am now.”

“Please help! I just turned 65 and [am] disabled on disability. My husband is on Social Security and we cannot even afford to buy groceries. This is not what I had in mind for the golden years.”

When asked about her troubles, Ross, 65, talks about a tornado that swept through central Florida on Groundhog Day in 2007, destroying her home. Too late, she learned her insurance coverage wasn’t adequate and wouldn’t replace most of her belongings.

To make ends meet, Ross started working two jobs: as a hairdresser and a customer service representative at a convenience store. With her new husband, Douglas Ross, a machinist, she purchased a new home. Recovery seemed possible.

Then, Elaine Ross fell twice over several years, breaking her leg, and ended up having three hip replacements. Trying to manage diabetes and beset by pain, Ross quit working in 2016 and applied for Social Security Disability Insurance, which now pays her $919 a month.

She doesn’t have a pension. Douglas stopped working in 2019, no longer able to handle the demands of his job because of a bad back. He, too, doesn’t have a pension. With Douglas’ Social Security payment of $1,051 a month, the couple live on just over $23,600 annually. Their meager savings evaporated with various emergency expenditures, and they sold their home.

Their rent in Empire, Alabama, where they now live, is $540 a month. Other regular expenses include $200 a month for their truck and gas, $340 for Medicare Part B premiums, $200 for electricity, $100 for medications, $70 for phone, and hundreds of dollars — Ross didn’t offer a precise estimate — for food.

“All this inflation, it’s just killing us,” she said. Nationally, the price of food consumed at home is expected to rise 10% to 11% this year, according to the U.S. Department of Agriculture.

To cut costs, Ross has been turning off her air conditioning during peak hours for electricity rates, 1 p.m. to 7 p.m., despite summer temperatures in the 90s or higher. “I sweat like a bullet and try to wear the least amount of clothes possible,” she said.

“It’s awful,” she continued. “I know I’m not the only old person in this situation, but it pains me that I lived my whole life doing all the right things to be in the situation I’m in.”

We’re eager to hear from readers about questions you’d like answered, problems you’ve been having with your care, and advice you need in dealing with the health care system. Visit khn.org/columnists to submit your requests or tips.