On this week’s episode of “America Dissected,” host Dr. Abdul El-Sayed spoke with Dr. Paloma Marin-Nevarez, an emergency medicine resident at UCSF Fresno, and KHN senior correspondent Jenny Gold about the challenges Marin-Nevarez faced as a new doctor learning the ropes during a devastating pandemic.

Each July, thousands of new physicians begin their on-the-job training at hospitals across the U.S. Marin-Nevarez began caring for severely ill covid patients just a few months after the beginning of the pandemic.

“We were pretty much just abducted from med school, ripped out of our med school community and just thrown into our residencies,” she told El-Sayed.

Because of covid precautions, many of the socializing and orientation traditions for new doctors were set aside. Soon, Marin-Nevarez was working more than 80 hours a week in a new, unfamiliar city. “So it was an isolating time,” she said.

The trio’s conversation begins at 9:59 of the podcast.

Gold’s audio story, produced in collaboration with the Reveal podcast, follows Marin-Nevarez during her first emotional months as a doctor, surrounded by death as she counseled families who had lost loved ones. Her time caring for patients in the ICU also highlighted the inequality of the pandemic, with Latino, Black and Native American people dying of covid-19 at much higher rates than white people. 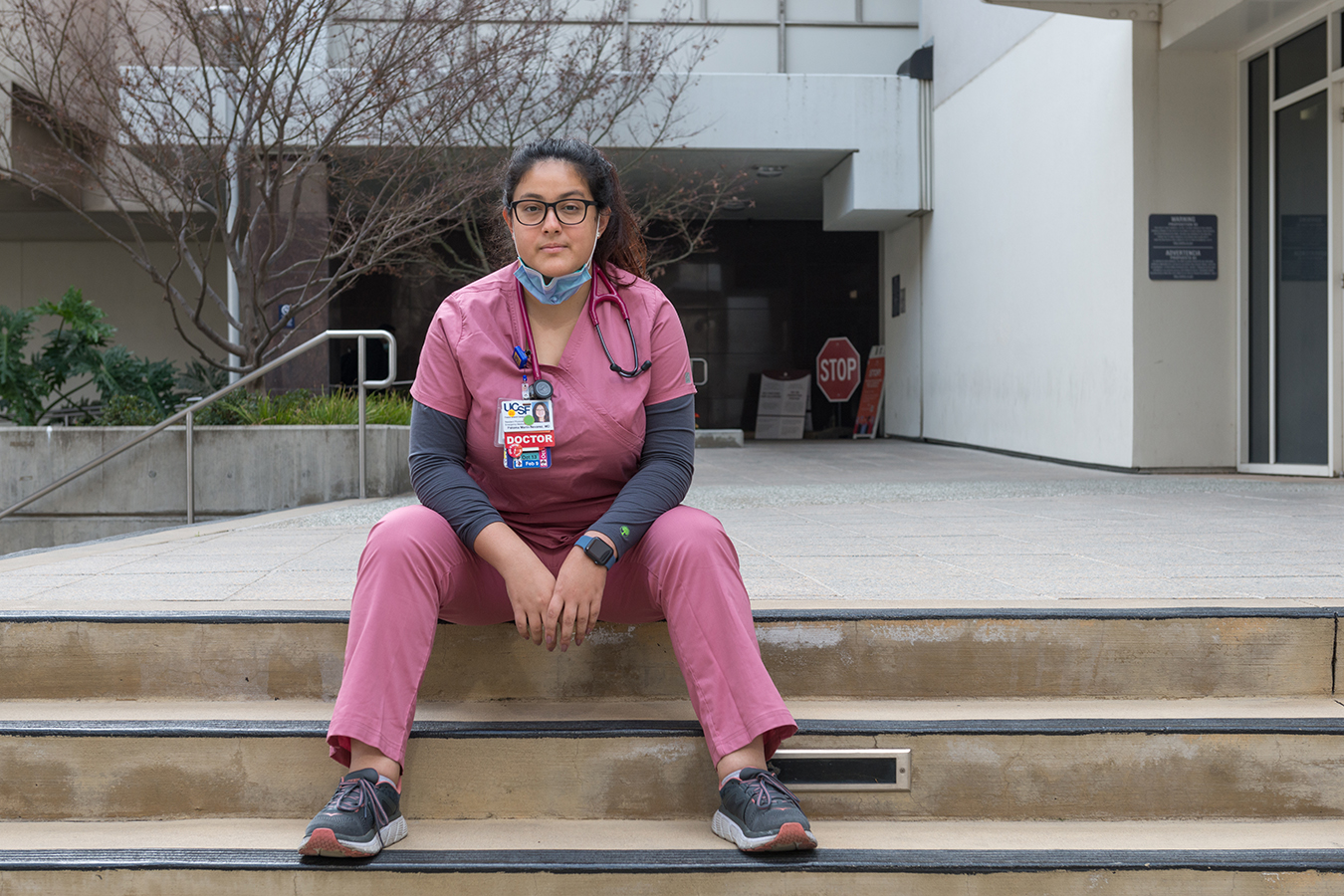 ‘Into the Covid ICU’: A New Doctor Bears Witness to the Isolation, Inequities of Pandemic

Dr. Paloma Marin-Nevarez graduated from medical school during the pandemic. We follow the rookie doctor for her first months working at a hospital in Fresno, California, as she grapples with isolation, anti-mask rallies and an overwhelming number of deaths.

Listen: A Rookie Doctor Starts Her Career, Forged by the Pandemic