Gregory Andrews, 60, sleeps in his Chevy Malibu just outside a health clinic on the west side of Los Angeles. In the morning, he lines up there for a free shower.

“Besides trying to find something healthy to eat, the next most important thing is to take a shower,” Andrews said. “It keeps your self-esteem up.”

Not many health clinics offer showers, but Saban Community Clinic, where Andrews goes, has been doing it for about three decades. The clinic serves an urgent need, given L.A. County’s growing homeless population, which is up almost 50 percent in the past six years to roughly 53,000, though it dipped slightly this year, according to the annual homeless count.

About two dozen people line up at the Saban clinic each weekday morning, waiting for the showers. They come with backpacks, shopping carts and folded-up tents.

Clinic staff also help them find temporary lodging and get health insurance, as they did for Andrews.

“They just told me at the front desk, ‘Do you know you qualify for Medi-Cal?’” Andrews said. “I went upstairs, talked to one person, and within 30 days I had Medi-Cal.”

Saban’s free showers are a gateway to other services it offers homeless people, who sometimes resist seeking medical care, said Adam Friedman, the clinic’s chief marketing officer. About a third of the people who take showers at Saban also see doctors there. Some of the patients have untreated mental illnesses and chronic diseases. Others have injuries from living on the street.

“The whole goal is to build trust so … they will be open to seeing a therapist, going to the dentist, getting their medical needs taken care of,” Friedman said. 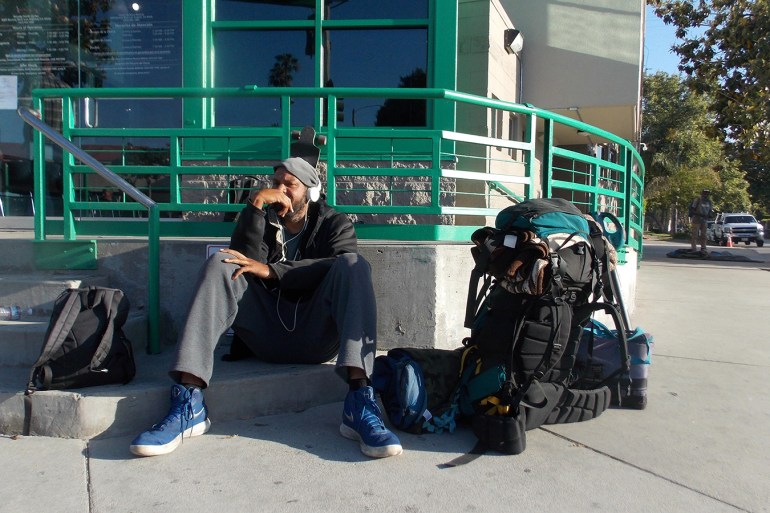 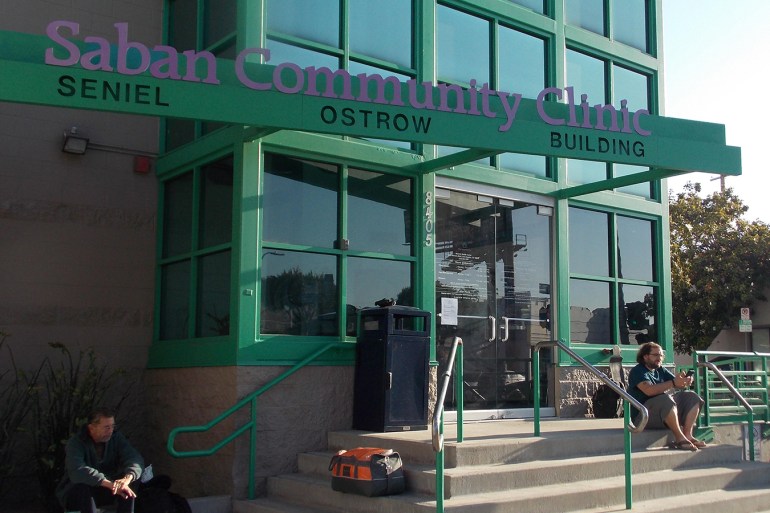 Adam Henderson, a 46-year-old who has been homeless for more than a decade, said finding a shower on this relatively affluent side of town wasn’t easy. It is easier to find one in downtown L.A. or other parts of the city, he said. “In other areas, like the beach, there’s not only a shelter shower but … also the showers on the sand.”

Henderson said he was glad to find the showers at Saban and to see the dentist upstairs. But he generally avoids the doctor. “I’m reluctant,” he said. “If I’m in pain I’ll go see the doctor, but normally the pains that I have are from basketball injuries so I know how to deal with those.”

Andrews, who stands over 6 feet tall and walks with a cane, started seeing the doctor and the dentist soon after going to Saban for a shower.

Friedman said that with the growth of the homeless population, he expects even more people will need a place to shower. The clinic also offers showers at its Hollywood location three days a week.

Even for those who don’t seek medical care, showering itself has health benefits, such as keeping wounds clean and avoiding infections.

At precisely 7:30 a.m., the doors open. Caseworker Chenelle Groomes greets people by name and hands out towels and soap. If anyone needs socks or underwear, she has a closet filled with donations. Groomes keeps track of who is next with a sign-up sheet and a clipboard. And she helps schedule same-day medical appointments for those who want them.

Some of the regulars said they take showers at the clinic because they don’t want to look homeless. Kevin Bloom, 30, said he wouldn’t know what to do without the showers. He sleeps in a tent near the front door of the Saban clinic, and he also sees doctors and mental health counselors there.

While they wait their turn for a shower, participants pass the time reading books or looking at their phones. A few close their eyes. Sometimes, arguments break out, and there’s rarely a dull moment for Groomes.

“We keep her busy,” Andrews said. “She keeps us out of trouble. Some of us.”

He said taking a shower is just a good way to start the day.

At L.A. Clinic, Free Showers Can Get Homeless People In To See A Doctor