California’s health exchange may require its health plans to pay sales commissions to insurance agents to keep insurers from shunning the sickest and costliest patients.

Covered California is working on a proposal that would force the plans to pay commissions effective next year, said Executive Director Peter Lee. The proposed rules could apply to regular and special enrollment periods, and would leave the specific commission amount or percentage up to insurers, he said.

The issue is expected to be discussed Thursday at Covered California’s monthly board meeting.

Regulators in other states have warned insurers about altering commissions in a way that discriminates against higher-cost consumers, but Lee said Covered California may be the first exchange to adopt specific rules. 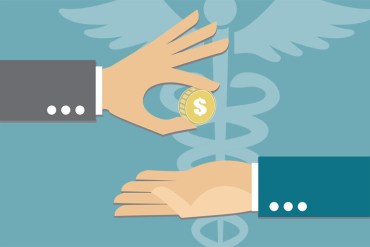 Health insurers typically pay agents a flat fee or a small percentage of the monthly premium. If companies want to restrict enrollment and avoid some sicker patients, they can try to do so by reducing the incentive for agents to sell their policies across the board or at certain times.

Lee said it has become apparent to him that some insurers are trying to avoid sicker customers by slashing their payouts to agents.

“When one health plan says during special enrollment, for instance, we won’t pay commissions, they are hoping insurance agents won’t sell them and they will sell sick people into another plan,” Lee said. “We aren’t going to let the old games of risk selection happen under the Affordable Care Act.”

The health law banned underwriting and required insurers to accept all applicants regardless of their medical history.

Even after the open enrollment period has ended, people can sign up if they experience a qualifying event such as marriage, a birth or loss of employer coverage. Health insurers have criticized government rules for this special enrollment as too lax, essentially inviting consumers to wait until they get ill to sign up.

Nationwide, several major health insurers have cut or eliminated broker compensation as they reported financial losses in exchange markets. Industry officials have said the moves aren’t discriminatory but rather a prudent business response to higher-than-expected medical costs in the individual market.

A spokeswoman for the California Association of Health Plans said her group won’t weigh in on Covered California’s proposal, leaving the decision up to individual insurance companies. Anthem Inc., California’s largest for-profit health insurer, also declined to comment on it until more details are known.

This issue began attracting more attention in November after industry giant UnitedHealth Group Inc. announced substantial losses on exchanges across the country and pulled back on marketing, including payments to agents.

Lee said he immediately contacted UnitedHealth, which just joined Covered California this year, and advised the company to keep paying commissions in the state.

A spokesman for UnitedHealth said the company didn’t make any changes to broker commissions in California this year. It has said it will decide by midyear whether to continue selling in Obamacare marketplaces.

Lee also weighed in at the federal level in a letter last month. He urged Health and Human Services Secretary Sylvia Burwell to consider setting a minimum commission and to forbid divergence in compensation between open and special enrollment.

The issue is significant because, despite all the hype about government-run websites making the purchase of health insurance easier, many consumers still turn to an insurance agent for help. In Covered California, insurance agents accounted for more than 40 percent of enrollment last year, compared to the roughly 30 percent of people who signed up on their own online. There were 14,624 certified insurance agents working with the exchange as of last month.

Agents welcomed Covered California’s proposal and said they look forward to a debate about what would constitute fair compensation.

“If this issue isn’t addressed, we’re on a downward path to zero commissions,” said Michael Lujan, president of the California Association of Health Underwriters and a co-founder of Limelight Health in San Francisco. “There is a clear need for in-person assistance, and that is being threatened.”

In other developments Wednesday, Covered California released overall enrollment numbers showing that, as expected, Blue Shield of California jumped ahead of Anthem as the most popular plan.

Blue Shield had a 28 percent share of the state marketplace as of Feb. 7 with 433,111 people who were returning customers or newly enrolled. Anthem slipped to second with a 25 percent share, or 394,022 enrollees.

Kaiser Permanente remained in third place with 374,454 people enrolled, a 24 percent share of the market.

Lee attributed Blue Shield’s gains to smaller rate increases and consumers’ continued pursuit of the lowest premiums. On renewals, 88 percent of customers stuck with their current plan for 2016.

Overall, the state exchange reported more than 439,000 new enrollees and a total enrollment of 1.57 million. That tally will likely drop because some people don’t pay their initial premium, or they find coverage elsewhere.