California is cracking down on graft in the state’s system of medical care for injured workers with two bills recently signed into law by Gov. Jerry Brown.

The reforms will prohibit medical providers who are felons from billing for workers’ compensation care and rein in a court-governed payment system that gave rise to hundreds of millions of dollars in unsanctioned treatment.

Lawmakers who introduced the bills cited an investigation by Reveal from The Center for Investigative Reporting that examined more than $1 billion in alleged fraud in the medical system for injured workers.

Reviewing more than a dozen prosecutions and analyzing state data, the investigation found that alleged scams affected more than 100,000 injured workers. Many were monolingual Latinos who were targeted in aggressive marketing efforts in Southern California. They encountered everything from kickback-fueled spinal surgeries to fraudulent providers to $1,600 tubes of pain cream.

Alleged scammers included felons and doctors banned from billing Medicare for malfeasance. Many fraud defendants exploited a feature of California’s workers’ compensations system that let them file a “lien,” or a demand for payment, for services after insurers refused to pay. They included therapies like shock wave pain treatments or unwanted drugs, such as the pricey pain creams.

The new laws would ban certain medical providers with troubled pasts from treating injured workers and also aim to limit the avalanche of liens that clog the docket in two dozen workers’ compensation courts throughout the state.

Christine Baker, director of the Department of Industrial Relations, which administers workers’ compensation, said she hopes the laws improve care for people who seek help for an on-the-job injury.

“I think both abuses and fraudulent activities prey on the most vulnerable populations and we’re hopeful that appropriate treatment will be provided to workers when needed,” Baker said. The laws “should reduce costs, because a lot of costs are tied to fraudulent activity, and that frees up dollars for the injured workers.”

The investigative series identified several medical providers with criminal convictions that precluded them from treating Medicare or Medicaid patients. Some, like Dr. Thomas Heric, went on to treat California’s injured workers. Several years after making the move, Heric was indicted again for allegedly fraudulent reports he wrote about injured workers’ sleep patterns.

One of the new laws — introduced by Assemblymen Adam Gray (D-Merced) and Tom Daly (D-Anaheim) — bans such providers from treating California’s injured workers. The law requires the director of California’s Department of Industrial Relations to send providers who might be suspended a notice. The providers can request a hearing, where a final decision would be made.

“It shocked me that we needed to do these things,” Gray said. “But we are happy to get some of these simple changes made and signed by the governor.”

The Reveal investigation also focused on the widespread use of liens filed in workers’ compensation courts. Many providers accused of fraud rendered unapproved medical care that insurers did not deem appropriate or medically necessary. Denied payment, many medical firms went to court and filed a lien or sold the right to demand the money to a collections firm. 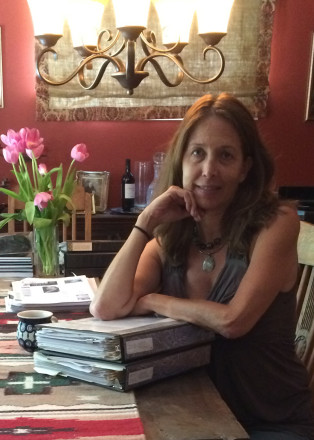 Kim Reeder of Sherman Oaks, Calif., requested a copy of her workers’ compensation medical records and she said she discovered bills for transportation and language-interpreting services she never used. (Christina Jewett/Courtesy of Reveal)

State officials concluded in August that providers charged or convicted of fraud had filed $600 million in liens in workers’ compensation courts from 2011 to 2015.

Injured workers like Denise Rivera, of Riverside, were shocked to learn that sums nearing $100,000 were billed on their cases, even though they seldom felt they got the care they needed. Another worker, Kim Reeder, was troubled when reviewing bills for her care to discover charges for services she never used and expensive pain creams she didn’t want.

And employers, like Suzie Kim, felt defeated as mounting liens led to soaring workers’ compensation insurance rates. Her family’s Los Angeles-based janitorial business — which once employed 350 workers — collapsed under the pressure of questionable liens, many by medical providers who faced fraud charges.

“It just surprises me it took this long,” Kim said. “But I think this is a step in the right direction and I hope they follow up with it.”

The other new law introduced by state Sen. Tony Mendoza (D-Artesia) requires medical providers, such as doctors, acupuncturists and chiropractors, to cite the legal authority they are relying on to file a lien. It is meant to quickly dispatch with liens related to unapproved care or injuries not deemed work-related.

The law also bans providers who are charged with medical fraud from collecting on liens until the case is concluded. The law will also limit the lucrative business of rendering medical care and selling the right to bill for it to collections firms. According to a Senate committee’s analysis of the new law, the practice leads to workers to getting “substandard, profit-driven care.”

This story was produced by Kaiser Health News, an editorially independent program of the Kaiser Family Foundation. It was also published by Reveal from The Center for Investigative Reporting, a nonprofit news organization based in the San Francisco Bay Area. Christina Jewett, formerly of Reveal, is now a senior correspondent at Kaiser Health News.