Just a few decades ago, small businesses in California often banded together to buy health insurance on the premise that a bigger pool of enrollees would get them a better deal.

California’s dairy farmers did it; so did car dealers and accountants.

But after a string of these “association health plans” went belly up, sometimes in the wake of fraud, state lawmakers passed sweeping changes in the 1990s that consigned them to near extinction.

Now, President Donald Trump wants to promote a renaissance of these health plans and make it easier for them to operate across state lines — with less regulation. In a recent executive order, Trump directed the Department of Labor to look into ways to “allow more small businesses to avoid many of the [Affordable Care Act’s] costly requirements.”

Because the plans would do business in more than one state, they could “figure out a way to pull back some authority states have,” said Kevin Lucia, senior research professor at Georgetown University’s Center on Health Insurance Reforms.

That does not sit well in California, where key state policymakers warn that weaker regulation of these plans could destabilize the small-employer and individual markets, which have gained important consumer protections under the ACA and state health laws — including minimum benefit levels.

“President Trump is trying to loosen those rules, and return us to the bad old days” that were disastrous for consumers, said California Insurance Commissioner Dave Jones. Tens of thousands of consumers were “left in the lurch” without insurance when their associations folded, and millions of dollars in medical claims went unpaid, he said.

In the 1980s and 1990s, association plan failures hit a number of small businesses, affecting employees across industries. Thousands of farmworkers suffered when a plan created by Sherman Oaks-based Sunkist Growers collapsed. When Irvine-based Rubell-Helms Insurance Services went out of business, it reportedly left $10 million in medical claims unpaid.

In 1995, California banned a common form of health care associations known as multiple employer welfare arrangements, or MEWAs, in which small businesses jointly purchased health coverage in the same way Trump is now proposing. The plans that already existed at the time could remain in business as long as they met certain financial requirements.

But some business groups say that these plans offer companies flexibility in the face of state regulations that add cost and administrative burdens.

“Small-business owners are being pummeled,” said Tom Scott, California director of the National Federation of Independent Business. The looser regulations could save businesses thousands of dollars a year, he said.

Still, California lawmakers said they will do everything they can to prevent these plans from bypassing state regulations.

“I’m committed to do everything I can to make sure we don’t go backward to having skinny plans in the state,” he said. Consumers need to be guaranteed coverage with robust health benefits and a cap on out-of-pocket expenses, he added.

Policy experts say the impact of Trump’s plan will depend on the precise details, which are still being considered by the Department of Labor. But Trump has suggested he wants the association plans to be treated the same as large-employer insurance, which would free them from regulations that govern the benefits they offer.

Supporters of the idea argue that the greater flexibility on benefits, plus the bargaining clout that comes with size, would lower the cost of these plans, providing relief to small employers hit by rising health care costs and state taxes.

His workers receive health benefits through one of the few remaining MEWAs in California.

The plan “saves me money; it certainly saves me time,” he said. 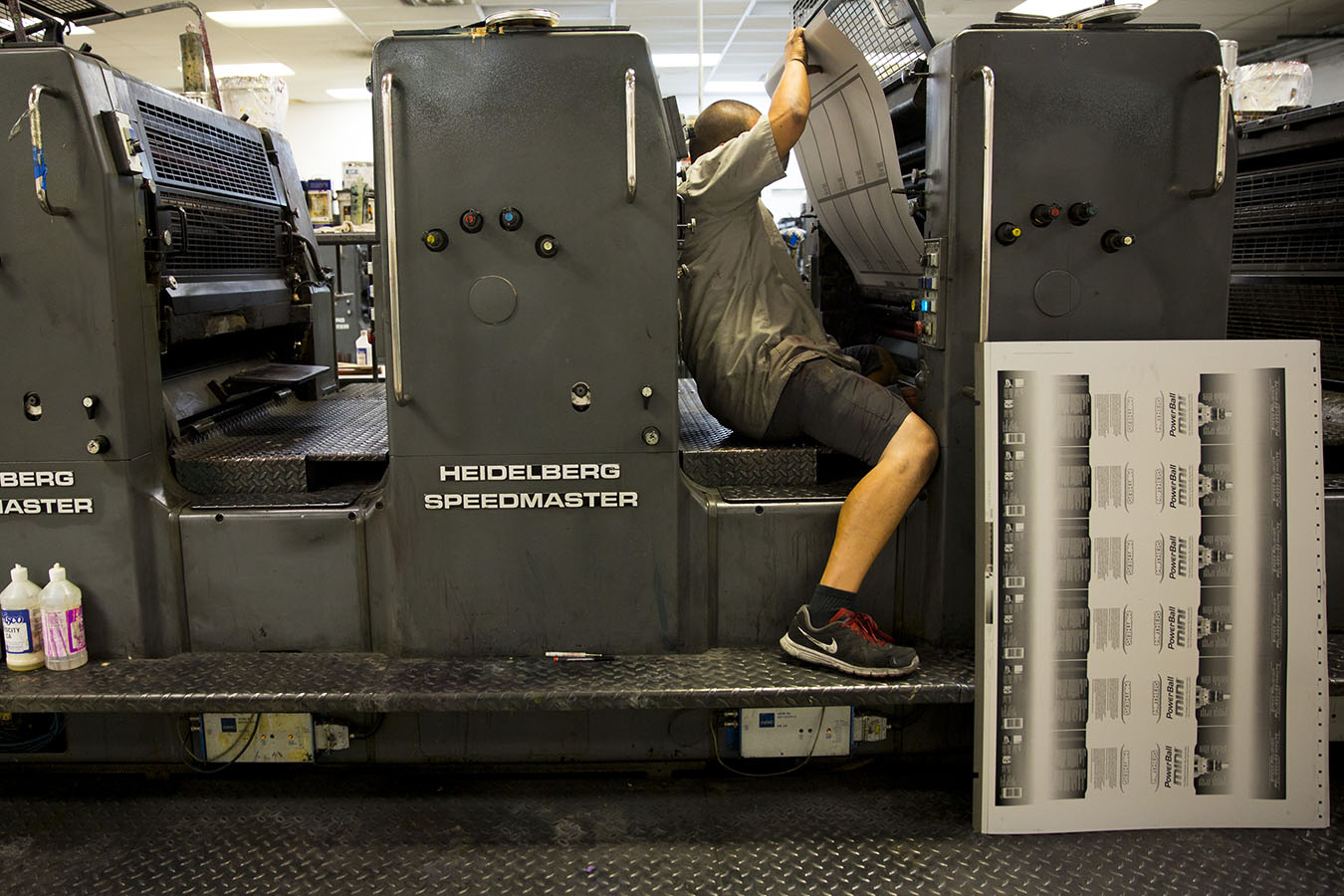 Printing plates are switched at Stoughton Printing Co. in City of Industry, Calif., in 2014. Stoughton, one of the largest printers of jackets for vinyl LPs, offers workers health insurance through one of the few remaining multiple employer welfare arrangements, or MEWAs, in California. (Jay L. Clendenin/Los Angeles Times)

“There was a fairly concerted outcry” to get rid of association health plans in the 1990s, and they should not be resurrected, Capell said. “They were a bad idea then; they are a bad idea now. It [feels] like déjà vu all over again.”

Deborah Kelch, director of the Insure the Uninsured Project in Sacramento, said state officials banned new MEWAs in the 1990s because they feared the associations would siphon off healthy people, leaving many small businesses with sicker and costlier enrollees — and higher premiums. The legislative changes from the 1990s helped ensure that the remaining MEWAs stayed afloat, she said.

Today, only four MEWAs remain in California, covering about 150,000 employees and their dependents. The enrollees say the model works.

Stoughton’s employees have received health benefits through a MEWA since the mid-1990s.

His roughly 50 workers have a choice of three insurance carriers — Kaiser Permanente, Health Net and Blue Shield — and the association acts as an intermediary between the employees and the insurers. (Kaiser Health News, which produces California Healthline, is not affiliated with Kaiser Permanente.)

The Printing Industries Association Inc. of Southern California, a trade association for printers, administers the insurance for Stoughton’s business. That allows him to limit his human resources staff to half of a full-time employee, he said.

“We want to be able to concentrate on what we do. We don’t want to shop around” for health insurance, he said.

The greatest number of association health plan members in California are in agriculture. Two farm trade groups, UnitedAg and Western Growers, offer farmers health care that they say caters to their unique workforce, which includes a large number of Spanish-speaking immigrants.

UnitedAg offers free telemedicine and 10 free clinic visits in some of its plans, she said. It has bilingual customer support services and a network of doctors in Mexico. The members of the board include UnitedAg health plan enrollees, who have a say in what their health coverage looks like.

“This model works unbelievably well for us,” said A.J. Cisney, general manager of Rancho Guadalupe, which grows fruit and broccoli on California’s Central Coast. “If UnitedAg could take their brand of administering health care to other areas, I can’t see the downside.”

But that would be anathema to actuaries and health insurers, who worry about competing with more lightly regulated plans. They say the proliferation of such plans could undermine consumer protections and increase the potential for the kind of health insurance fraud that plagued many of the old association plans.

But Scott, of the National Federation of Independent Business, does not believe past is necessarily prologue.