SACRAMENTO, Calif. — Blanca Espinoza walked out of a second-story office overlooking one of the city’s busiest intersections Wednesday afternoon, hugging her son Tommy and breathing a sigh of relief.

Espinoza cares for Tommy, 17, and his 18-year-old brother. Both have autism and both have health insurance. She does not.

Espinoza, 46, dropped her health insurance last year as bills and expenses piled up, she said. But she realized that her sons rely on her and need her to be healthy.

“I want to be around as long as possible for them,” she said.

Earlier that morning, Espinoza just happened to catch a news clip about a key health insurance sign-up deadline. So she raced to the office of Sacramento Covered, a nonprofit group that helps locals enroll in health insurance.

Wednesday marked the last day of open enrollment for individuals and families who purchase their health insurance through Covered California and the private market. While the sign-up period ended more than a month ago for most Americans, people in California, New York and Washington, D.C., had until Wednesday to enroll.

In California, those who started an application by midnight have until Friday to complete it.

Earlier in the day and across town, Covered California Executive Director Peter Lee, lawmakers and consumer advocates celebrated the end of the sign-up period, the fifth since the Affordable Care Act’s coverage provisions debuted in 2014.

“We’ve lowered the rate of the uninsured from what was 17 percent to 6.8 percent,” Lee said. “That’s huge.” 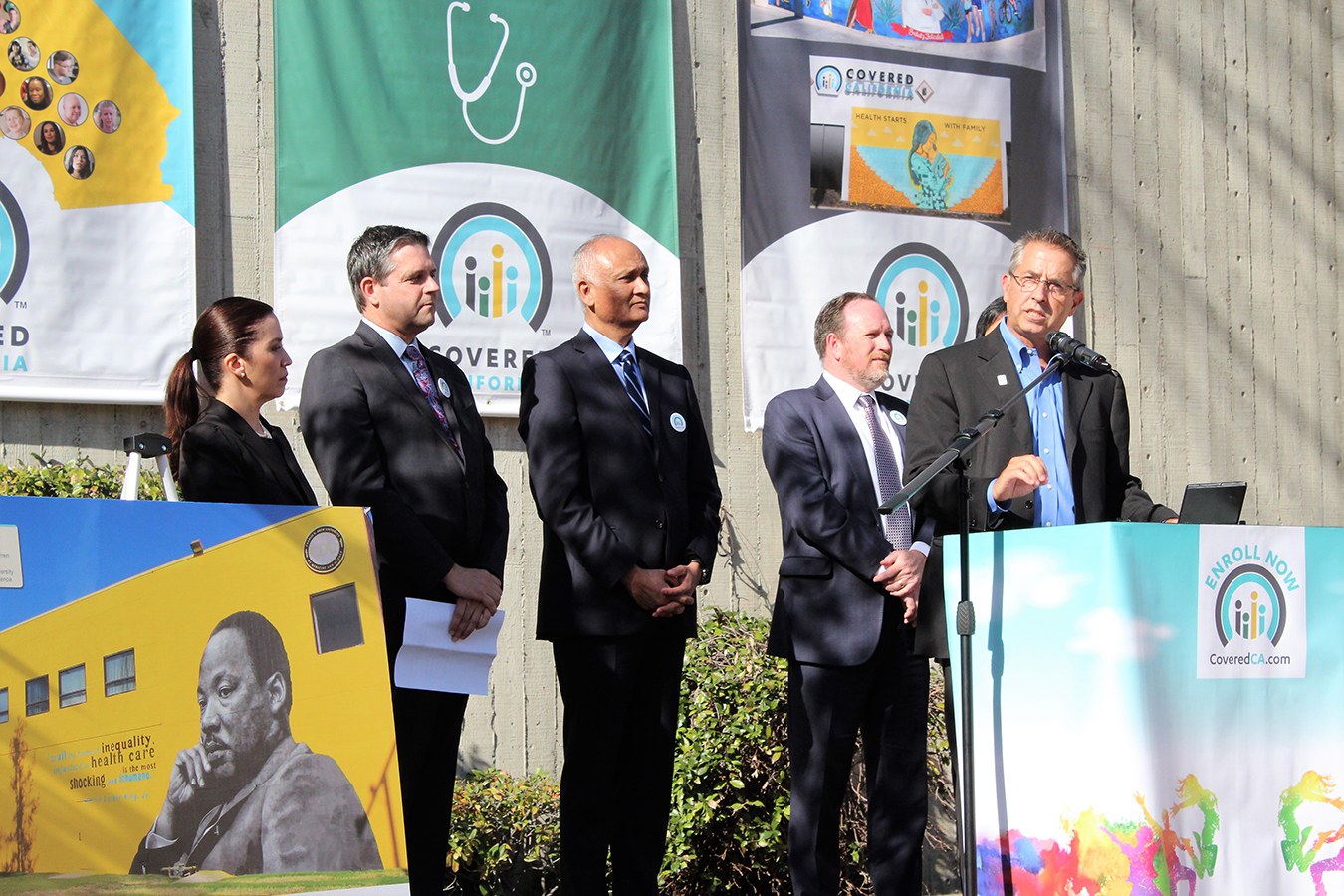 But this past year also presented some serious challenges, as the new Trump administration and Republican-dominated Congress pushed to repeal and replace the Affordable Care Act, also known as Obamacare. That effort failed but Republican leaders managed to do away with the requirement to have coverage — starting next year — and stopped paying key subsidies that help consumers afford out-of-pocket payments.

Covered California announced last week that more than 1.5 million Californians had already signed up for coverage in 2018. They include 342,000 new consumers, about 20,000 more than had signed up by the same time last year.

“We still need to get the word out,” Lee said. “We know there are tens of thousands of Californians that, shocking, leave it till the last minute.”

Covered California spent a whopping $45 million on advertising, more than four times what the federal government spent to promote the federal exchange, healthcare.gov. Despite the barrage of television ads, online pop-ups and radio announcements, some people still forgot the deadline.

Linda Cruze called the Sacramento Covered office Wednesday morning with questions, thinking she had until Feb. 15 to switch to a more affordable Covered California plan.

She discovered she had only hours left to do so.

Cruze, a retired teacher’s aide, has been paying close to $800 a month for insurance for herself and her 20-year-old son, she said. Before meeting with an enrollment counselor, she was considering switching to a bronze plan, which she knows comes with high out-of-pocket costs. But she’s healthy, she said, and by her calculations, the switch would save her close to $6,000 a year.

Cruze, 63, looks forward to joining her husband on Medicare when she turns 65.

“For once, I want to get old,” she said with a giggle.

Cruze was one of about a dozen people who showed up at Sacramento Covered in a one-hour period just after noon. The organization planned to stay open until 8 p.m. to give last-minute shoppers plenty of time to enroll.

Espinoza, who was walking out as Cruze walked in, had planned on signing up earlier in the three-month enrollment window, but the days just slipped away, she said.

Her new health plan, which goes into effect March 1, will cost her $85 each month after federal tax credits are applied.

“It is scary knowing something can happen, so I’m glad I got this done today,” she said.