Relief, disappointment, unassuaged worry, political swagger, straightforward determination. From the state Capitol to the halls of academia, and from the interior to the coast, Californians reacted strongly on Friday to the dramatic news that the Affordable Care Act would be around “for the foreseeable future,” as House Speaker Paul Ryan conceded after being forced to withdraw the Republican repeal bill for lack of support within his own party.

Here are some of the comments from policymakers, advocates and consumers around the state:

“For today, we can all breathe a sigh of relief. The #ACA endures. But for tomorrow, we must gird ourselves for the battles yet to come.”

“We’re focused on implementing what will be the law of the land ‘for the foreseeable future.’”

“I think it’s entirely a self-inflicted wound for Republicans, and it’s unfortunate because essentially the choice at this point seems fairly binary to me — either a continuation of Obamacare, or getting on what seems to be the only train leaving town.”

“I just feel relief and happiness that my wife is going to be able to have coverage for the time being. I know we’re not going to lose it for 2017 at least. … I’m still very scared the Republicans are going to repeal the important parts of the ACA.”

— Robert Hawck, 64, of Rocklin, Calif., whose wife, Deisy, finally got needed spinal surgery with a Covered California health plan after being denied coverage because of a preexisting condition 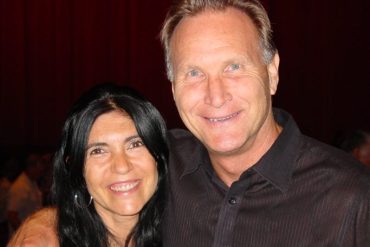 Robert Hawck, 64, of Rocklin, Calif., said he feels “relief and happiness,” yet he’s still concerned about what the future holds for the Affordable Care Act. Hawck’s wife, Deisy, finally got needed spinal surgery with a Covered California health plan after being denied coverage because of a preexisting condition.

“Now that Trumpcare is dead … I think we’re going to see more legislation that the Republicans agree on that they can push through. It’ll be death by a thousand cuts.”

— Kevin Knauss, a health insurance broker based in Granite Bay, Calif., who has enrolled many of his clients in Covered California and Medi-Cal managed care plans

“I am kind of bummed that they couldn’t do something that was good for everybody in the country. I think they should have gotten it together to repeal it … Republicans and Democrats … just can’t play nice. They just can’t seem to work it out. And they are not thinking of us people who are needing the medical care.”

— Beth Cacace, 42, a mother of seven from Dinuba, Calif., whose family is on Medi-Cal

“Today, the Republican effort to strip health coverage from millions of Americans failed. Instead, just a short while ago, the speaker of the House of Representatives stated that ‘Obamacare is the law of the land.’ This is a historic victory for the health and well-being of the American people and the direct result of all of the marches, demonstrations, town halls, letters and phone calls.”

“I’m an independent and I’m looking for something that makes health care better. That may involve me paying a little bit more money, but at the end of the day, we need to come up with something that works better than Obamacare.”

— Bill Schlack, 64, of Fair Oaks, Calif., who, with his wife Susan, pays $4.08 a month for a heavily subsidized Covered California health plan

“We dodged a bullet today. This is a major victory for community health centers, and the millions of people we serve, who have been fighting to protect the Affordable Care Act since President Trump was elected.”

— Carmela Castellano-Garcia, president and CEO of CaliforniaHealth+ Advocates in Sacramento

“While I am thrilled that pulling the bill means that the ACA stays in place and millions will retain their health coverage, we are profoundly disturbed that it appears the reason it would not pass is because it was not Draconian enough — in other words, it did not take health care away from enough people.”

“We are relieved that the truly terrible Republican health repeal bill was pulled from the House floor today, preserving health coverage for 37 million children in America, including more than 5 million in California alone. We celebrate this victory today but we will remain vigilant.”

“I hope that we can now all, both Republicans and Democrats, focus on the hard work of redesigning health care in America, since attacking the cost of care is the only way to lower premiums.”

“This is a big win for the American people, especially the 20 million who obtained health insurance for the first time [as a result of the Affordable Care Act]. I think the work of California leaders, organizers and ordinary people have had a major role in defeating Trumpcare so far.”