The goal is lofty and expansive: to cure, prevent or manage all known diseases by the end of the century.

Facebook Chief Executive Officer Mark Zuckerberg and his wife, pediatrician Priscilla Chan, announced last month that they planned to invest $3 billion over 10 years to begin tackling everything from Alzheimer’s disease to the Zika virus.

The massive undertaking is part of the Chan Zuckerberg Initiative, a wider effort to fund innovation and promote equality in health, education and energy. The couple established the initiative last year after the birth of their daughter, Maxima.

To learn more about Chan Zuckerberg Science, we talked to Cori Bargmann, a neurobiologist and professor at The Rockefeller University, who was named president of the organization. The conversation was edited for clarity and brevity. 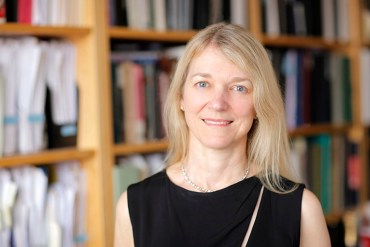 Q: How do you hope to accomplish such a far-reaching goal?

We have three pillars of how we plan to achieve that goal. The first is to bring scientists and engineers together. Our second … is to build tools and technologies that will empower the entire scientific community to be more effective and successful. Our third pillar is to build a movement to increase scientific funding for research nationwide and worldwide.

Q: Treatment, cures or even management has proven to be elusive for some diseases, including Alzheimer’s and certain cancers. Is this project realistic?

Eighty years ago, the very first antibiotic was developed. Before that point, the four major killers were all infectious diseases, none of which are in the top 10 anymore. Even in our lifetimes, we have seen so much progress. When President [Dwight D.] Eisenhower had a heart attack, he was put on bed rest. Between statins and blood pressure control and then bypass surgery, stents, valve replacement and heart transplants, look what has happened to cardiovascular medicine. Cancer is going through a revolution right now. Chemotherapy was developed in the 1950s and 1960s. We are now seeing the refinement of that into targeted therapies that are making a huge dent.

There are some really difficult problems out there. But 80 years is a long time. And one of the things I like about the Chan Zuckerberg Initiative is that long timeframe. … This long timeframe makes this [project] more realistic than it sounds.

Q: What are the benefits and challenges of bringing engineers and scientists together?

Biomedical science is increasingly complicated. In order to really make progress, we think there is value to having physicians who have insights into disease processes, as well as scientists who can dig in to do biological studies to understand them. But increasingly, we also need comprehensive collection and analysis of the data that we gather, and fast and efficient dissemination of that knowledge. That is where engineering comes in.

As Mark Zuckerberg says, “You can engineer any system to make it more efficient.”

Q: How will the organization work with other funders and increase funding for scientific research?

It’s very important to do something new when you have new resources. The unique angle that we can bring is an emphasis on engineering and on technology. These are areas that are not necessarily part of the traditional biomedical enterprise. We also have the ability to be nimble and flexible. We can try new things and we can also change directions very quickly compared to the way that a federal organization funded by citizen taxpayers can.

We are absolutely committed to working with other organizations throughout what we do. A great example of that is the cell atlas project. It’s a project to understand all the cells in the human body. This a huge project and not something that we could do on our own, and we don’t want to.

We are in a good position to communicate the advances in science and the possibilities in science. We are in a good position to start to make advances that might encourage other philanthropists to start their own research programs. Setting a successful example, engaging the public and citizens, engaging politicians, and bringing forward the message that this is possible, are the ways to build science.

Q: Is government funding problematic for these types of projects?

The National Institutes of Health is a fantastic organization that does what it does really, really well. But it has a particular way of doing that. For example, the National Institutes of Health is built around a series of institutes, each of which focuses on a specific organ system or a specific disease. There’s the National Cancer Institute, there’s the National Eye Institute. They can focus and really identify what are the problems in cancer right now, what are the problems in the eye right now. What they are less likely to do is to think, “What are the technologies that we need that would drive all of these projects forward?”

Q: Part of the goal is to develop tools that could help lead to disease treatments or cures. What is an example of such a tool?

We are just getting started on what our projects are. Stephen Quake, one of the co-presidents of the Biohub, developed the blood test that allows you to test a fetus for Down syndrome without amniocentesis. It’s a tool to advance medicine. It’s a tool to help pregnant women and their children. What other kind of blood tests can be developed?

Joe DeRisi, the other co-president of the Biohub, wants to develop tools and methods to detect and respond to infectious agents, emerging diseases, viruses, bacteria. You pick up the newspaper and you hear about the Ebola virus or the Zika virus. Creating better tools for knowing where these organisms are, whom they are infecting and how they are spreading is another example of how tools could have effects on medicine quickly.

Q: How will you prioritize which chronic or infectious diseases to target?

We are going to prioritize based on a combination of unmet needs and opportunities. I am a neuroscientist. I can tell you very easily where there are unmet needs in brain disorders. There are a lot of brain disorders where we can’t do anywhere near enough for the people who suffer from them. Not just things like Alzheimer’s, but seizure disorders or autism or schizophrenia.

You put that together with opportunities. The work in human genetics for the first time has identified the genetic risk factors that predispose you to many of those brain disorders. We did not know in the past what the genetic factor was that made you more likely to get schizophrenia or autism. Now we do. There’s an opportunity to take that genetic knowledge, learn more about the underlying disorders and develop new ways to approach those disorders.

Q: How does a project aimed at tackling all known diseases deal with the highly dynamic, constantly evolving universe of diseases?

Q: How will you define success?

We know we are succeeding if we find people using the tools and technologies we have developed. We have to have good ideas. We have to have good people. We have to get them to work together. I think this will work. There is an optimism in science, especially in younger scientists, about working together on challenging problems.

I am excited about developing a new culture of scientific collaboration and of encouraging, motivating and rewarding scientists for working together. I think it will make science more effective and it will make it more fun.

Can We Conquer All Diseases By The End Of The Century?