This story is part of a partnership that includes NPR and Kaiser Health News.

Martha Phillips knows exactly how it feels to suddenly find oneself up close to — and unprotected from — a deadly virus.

In 2014, Phillips, an emergency room nurse, was at the bedside of a suspected Ebola patient in Sierra Leone when the disposable plastic guard protecting her face came loose.

“I turned my head quickly and my shield came off,” she recounted. “So I am in an Ebola treatment unit and my eyes are completely exposed.” She stayed calm and quickly left the room.

Phillips, 35 at the time, had arrived in a rural corner of northwestern Sierra Leone just as Ebola cases were surging in West Africa.

One day, early on, more than 50 patients flooded into their hospital — a collection of abandoned classrooms that had been converted into treatment units. She and other nurses worked into the night, until they ran out of supplies.

“We had no blankets, no pillows, no water,” she said. “We were just hauling them out of ambulances and putting them in beds, and then we had to get out.”

Phillips had never worked in a war zone and said no training could have prepared her for this type of immediate triage.

“There is nothing comparable to that kind of massive influx of terribly sick, terribly infectious, terribly distraught patients that I can even conceive of,” she said. She paused, then added: “Certainly nothing in standard American medicine … up until this point.”

Phillips now works in the ER at a hospital in Bellingham, Washington, and is seeing the toll of another infectious disease — this time on her own community.

While COVID-19 isn’t as deadly as Ebola, Phillips is drawing on her experiences in Africa to help other nurses cope with the unprecedented fear and uncertainty of a pandemic now killing doctors and nurses on the front lines.

From Ebola To COVID-19

Phillips said she wasn’t surprised the novel coronavirus came to the United States, but the failure to protect health care workers has stunned her. Across the country, many have resorted to reusing masks and wrapping themselves in makeshift gowns, like garbage bags with holes cut in them.

“I had better personal protective gear in West Africa by a long shot,” she said.

Like many nurses, Phillips is having to make equipment like N95 masks last longer as her hospital tries to conserve supplies.

In mid-March, the Centers for Disease Control and Prevention published a set of strategies for health care workers confronted with a shortage of personal protective equipment (PPE) and a surge in patients. As a last resort, the CDC recommends a bandana or scarf in the place of a medical-grade face mask.

This was the moment, Phillips said, that she and many other nurses realized “they were on their own.”

“Our government, they had nothing else to offer us,” she said. “That has affected morale in this country unimaginably.”

Nurses now confide in Phillips. They send her messages or pull her aside to ask: Is it OK to be afraid? To consider not showing up for work? She doesn’t hesitate to respond.

“It’s really important that we continue to tell them that they have nothing to be guilty about, that they are not lesser nurses because of it,” she said. “Were we adequately supplied and protected, the terror would be much less.”

The Making Of An Ebola Nurse

When the Ebola crisis emerged, Phillips was eager to sign up.

“It wasn’t even necessarily a conscious decision,” she said. “It was almost this frenetic drive of … ‘I can do this work, send me, I can help.'”

She had already worked as a nurse overseas. She did surgical trips to Guatemala and traveled to the Philippines after a typhoon to provide emergency medical aid.

So she waited for her nephew to be born, then immediately contacted every organization she could find that might send her to West Africa to treat patients.

When she arrived in West Africa, the humanitarian aid nonprofit International Medical Corps trained her to navigate the dangers of Ebola. She learned not to cross her arms or touch her face, and the precise way to take off the hooded suit and knee-high rubber boots.

“We didn’t do half-measures. You protected your staff at all costs,” she said.

But she also learned sometimes you can’t control what’s about to happen, like when a woman, stricken with Ebola, collapsed in the nearby marketplace. Phillips was told the crowd would likely kill the patient if the hospital didn’t get her immediately.

“The fear was so incredible … so overwhelming in the community,” she said.

Phillips had no ambulances. She found what appeared to be an old ice truck and headed to the market. They discovered the woman looking very sick.

“She saw us and she tried to run,” said Phillips. “One of my national staff members literally reached out and grabbed her by the arm.”

They were able to persuade her to come back to the hospital for treatment.

Other times, Phillips recalled, the patients ended up being the medical colleagues working at her side. She watched one nurse she knew get taken out of the ambulance after she had contracted Ebola. 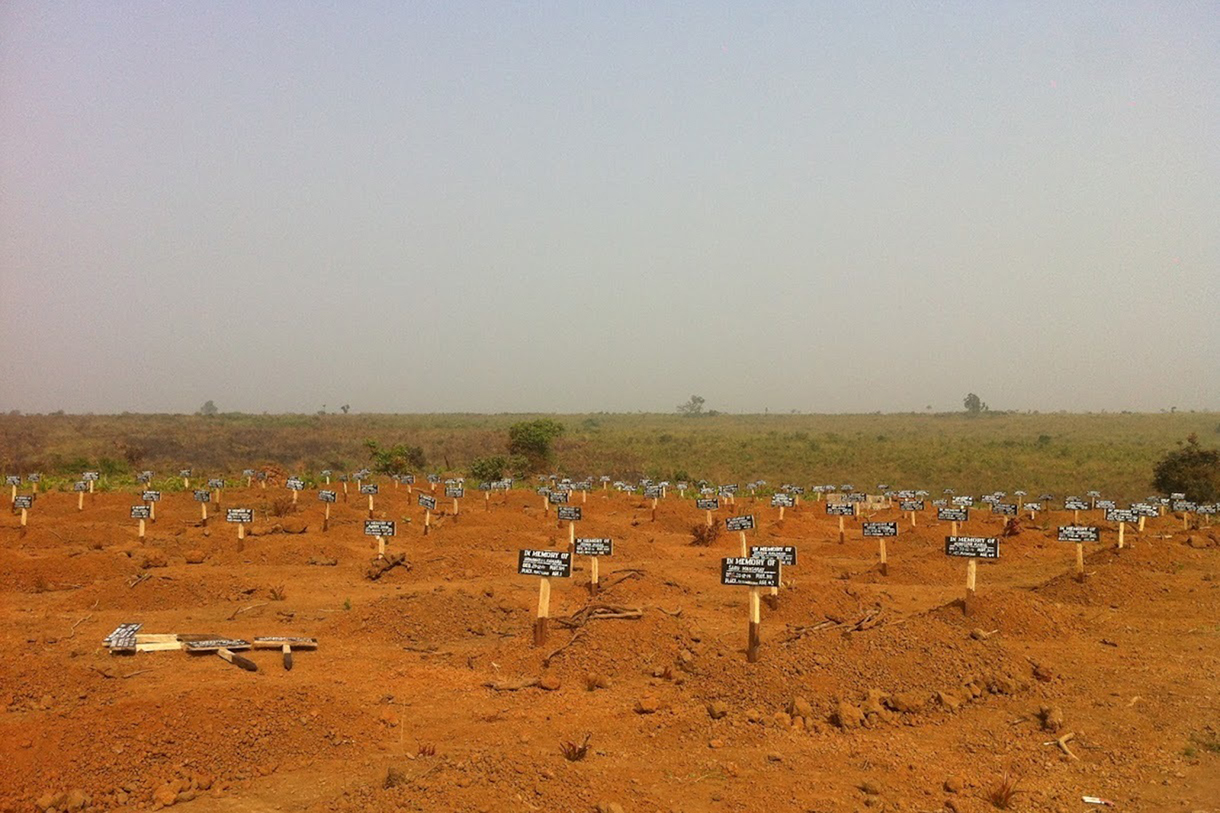 “That was one of my breaking moments,” she said. “I was just so tired of people who wanted so badly to help their own country and help their people being killed by this disease. It felt unfair and it feels unfair now, too.”

Health care workers are at higher risk of infection from the coronavirus than the general population. Already in the U.S., dozens of them have died.

Phillips said people who treat COVID-19 patients carry a terrible foresight. They know exactly what could happen if they are the ones who end up in the ICU, on a ventilator.

“It is a nightmare,” she said. “Should we become sick, we know what our death will look like.”

It’s a feeling that reminds Phillips of another chilling moment at the Ebola treatment unit. She remembers a patient sitting at the bedside and lifting up the edge of a beautifully patterned skirt.

“She had clamshell bruises appearing across her legs,” Phillips said, referring to a telltale sign of the hemorrhagic fever. They locked eyes. “She knew that’s how she was going to die. No one should have to experience that.”

These moments are with Phillips again, in the ER.

That doesn’t stop her from going to work and treating her patients. But she also tells any nurse or doctor who comes in search of advice that the reward for helping others should never be your own life.

“The most important person is yourself, period, full stop, the end,” she said. “Because if you die, you will not be able to take care of anyone else.”

Over the weekend, with cases slowing down in Washington, Phillips decided her help was needed elsewhere. She got on a plane and flew to New York to help out at a hospital there.

This story is part of a partnership that includes NPR and Kaiser Health News, an editorially independent program of the Kaiser Family Foundation.

Coronavirus Nurses Ask An Ebola Veteran: Is It OK To Be Afraid?