Struggling with long wait times, the Veterans Affairs Health Care System is trying something new: a partnership with the CVS Pharmacy chain to offer urgent care services to more than 65,000 veterans.

The experiment begins today at the VA’s operations in Palo Alto, California.

Veterans can visit 14 “MinuteClinics” operated by CVS in the San Francisco Bay area and Sacramento, where staff will treat them for conditions such as respiratory infections, order lab tests and prescribe medications, which can be filled at CVS pharmacies.

The care will be free for veterans, and the VA will reimburse CVS for the treatment and medications. Whether the partnership will spread to other VA locales isn’t yet clear.

The collaboration comes amid renewed scrutiny of the nation’s troubled VA health system, which has tried without much success to improve long wait times for veterans needing health care.

Despite a $10 billion “Veterans Choice” program allowing veterans to receive care outside the closed VA system, vets nationwide wait for an appointment even longer than they did before the program started in 2014, according to a federal audit.

The MinuteClinic partnership is not part of the Veterans Choice program. 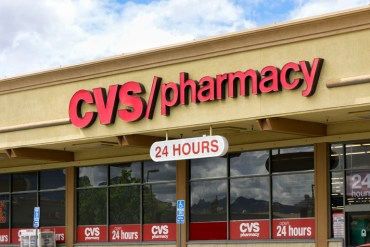 “The concern has always been, how do we make sure veterans get the care they need in a timely way and in a way that works for the veteran?” said Dr. Stephen Ezeji-Okoye, the Palo Alto VA’s deputy chief of staff. The deal indicates that the VA is willing to try outside partnerships to meet veterans’ needs, he said. “We want to have not just timely access but geographic access to care.”

The VA will integrate MinuteClinics’ patient records with its own electronic health records to provide consistency of care, Ezeji-Okoye said.

The Palo Alto VA fares better than some other facilities nationwide in providing timely care to veterans, according to VA data, and Ezeji-Okoye said most patients with urgent care needs are seen quickly.

But the system was so busy in the past year that about 11 percent of appointments at its network of hospitals and clinics — which stretch south from Sonora to Monterey — could not be scheduled within 30 or fewer days, which is considered an acceptable timeframe, VA data show. That includes appointments that would require urgent care.

Once the MinuteClinic operation is well underway, Ezeji-Okoye anticipates that between 10 and 15 veterans — from among the estimated 150 who call the Palo Alto VA’s advice nurse hotline daily — will be treated at the retail clinics on any given day.

About 95,000 veterans are eligible to use the Palo Alto system, one of the VA’s largest in the Western United States. About 65,000 use it every year.

The $330,000 pilot project will be evaluated after one year. CVS’ MinuteClinic president, Dr. Andrew Sussman, hopes it can be rolled out nationally if it succeeds. CVS is by far the biggest player in retail pharmacy clinics, operating 1,135 of them in 35 states.

“We’d love to have that opportunity to expand after we go through this phase,” Sussman said. “We’re well suited to help because of our large footprint and ability to see people on a quick basis.”

It is unclear, however, what the VA’s nationwide plans are. The Veterans Health Administration office did not respond to Kaiser Health News’ request for comment.

Blake Schindler, a retired Army major who lives in Santa Clara near one of the participating MinuteClinics, was intrigued, but cautious about the MinuteClinics. He counts himself lucky because unlike some other veterans, he has access to the U.S. military’s TRICARE health insurance program for active and some retired service members.

“It could make a big difference, but how much access are the veterans going to have? That was the big problem with the Veterans Choice program; it didn’t end up the way it was supposed to,” said Schindler, 58.

“I’m always hopeful when I hear about these things; I keep an open mind until I have experience with it,” he added.

Interested veterans served by the VA Palo Alto can call its advice nurse line at 800-455-0057.