Health insurance costs for Americans who get their coverage through work continued a relentless march upward with average family premiums rising 4% to $21,342 this year, according to a study published Thursday.

While health insurance costs rose a modest amount in 2020, as has been the trend in recent years, they soared 55% in the past decade — more than twice the pace of inflation and wages. 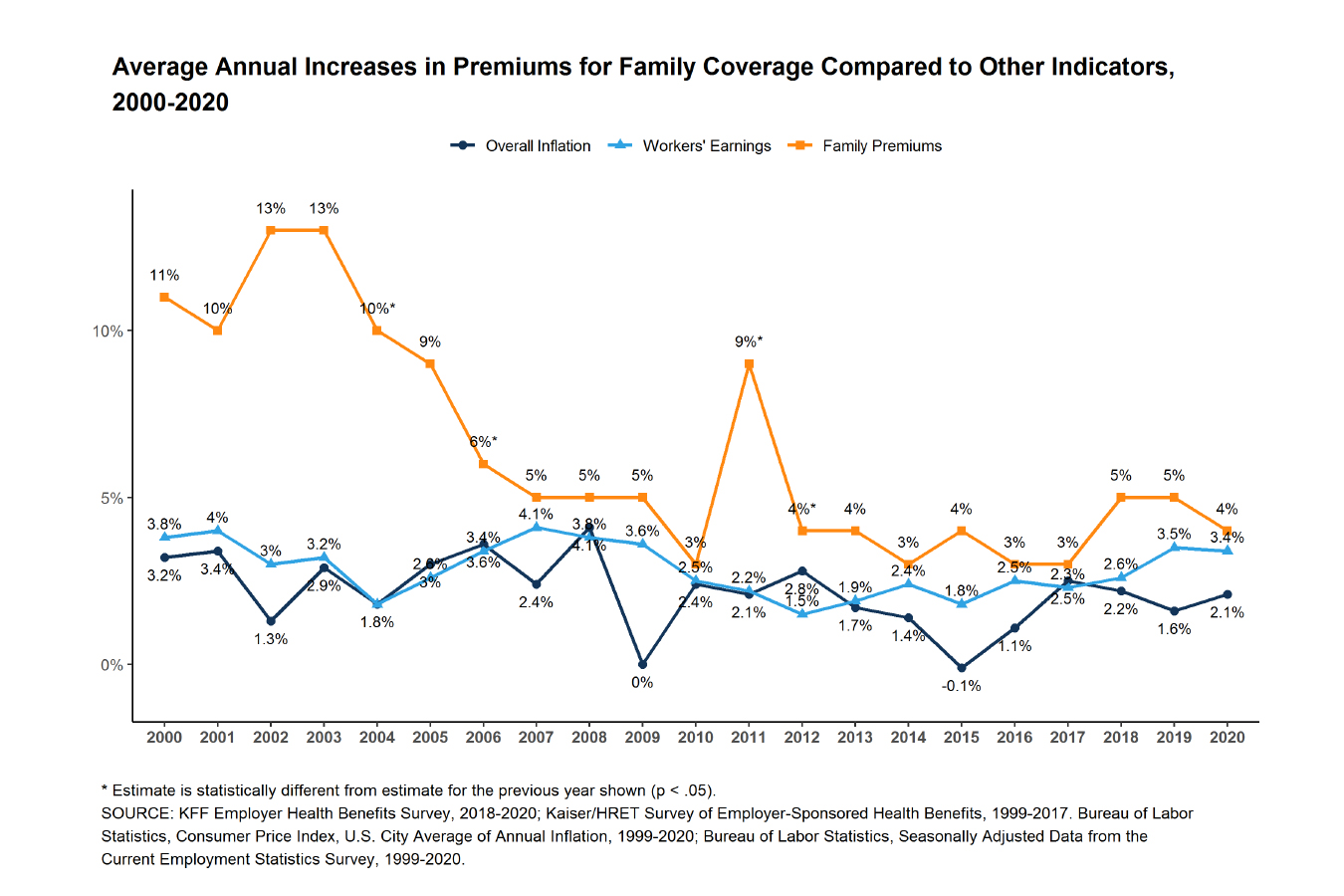 About 157 million Americans rely on employer-sponsored coverage — far more than any other type of coverage, including Medicare, Medicaid and individually purchased insurance on the Affordable Care Act exchanges. More than half of employers provide insurance to at least some workers.

“Conducted partly before the pandemic, our survey shows the burden of health costs on workers remains high, though not getting dramatically worse,” Drew Altman, KFF’s CEO, said in a statement. “Things may look different moving forward as employers grapple with the economic and health upheaval sparked by the pandemic.”

The survey was conducted from January to July as the coronavirus pandemic took hold and upended the nation’s economy. Many of the details of the employers’ plans that the researchers examined were set before the virus hit.

Since 2012, the cost of family coverage has increased 3% to 5% annually. It’s been more than 15 years since these costs were rising at double-digit rates.

Employers help shield workers from much of the cost of their health insurance premiums, though employees often feel the impact via higher deductibles, copayments and lower wages.

The average annual deductible for single coverage is now $1,644, up 25% in the past five years and 79% in the past decade.

Workers are protected for catastrophic costs through limits set on their out-of-pocket spending in provider networks, although those amounts vary by employer: 11% face a maximum of less than $2,000, while 18% are in a plan with a maximum of $6,000 or more.

The study also noted that large employers have made it easier for workers to access care by adopting coverage for telemedicine in recent years. Nearly 9 in 10 companies that have 200 or more workers and offer insurance covered these medical appointments done via telephone or computer this year, up from fewer than 3 in 10 in 2015, according to the research. During the pandemic, telemedicine usage has increased markedly as people sought care from the safety of their home.

The KFF study is based on a telephone survey of 1,765 randomly selected nonfederal public and private employers with three or more workers from January to July.

Job-Based Health Insurance Costs Are Up 4% This Year, 55% in Past Decade