Environmental groups are laser-focused in their crusade for cleaner air and water, on curbing climate change, and preventing toxins from contaminating communities. But as they prepare for the Trump administration and Republican control of Congress, many of them say they’re rethinking their strategies and building new alliances.

For Sierra Club California, that could mean working with health care advocates to prevent the rollback of the Affordable Care Act.

“We’ve told our allies to let us know when they need our help, and what to do,” said Phillips, who recently offered her organization’s support to Health Access California, a health consumer advocacy coalition.

Phillips has been talking not just to health care advocates, but to others who actively push for civil rights, inclusive immigration policies and affordable housing. They’re working together through a coalition called the Building the California Dream Alliance, which formed about a year before the recent election, Phillips said.

Alliances between environmental and health care groups aren’t unheard of. The American Lung Association has teamed up with environmentalists on anti-smoking campaigns, Phillips noted, and physicians are involved in efforts to ban hydraulic fracturing, known as fracking.

Nationally, the 124-year-old Sierra Club has extended its advocacy work to social issues. It supported efforts to raise the minimum wage. The California state chapter signed onto the bill to improve farmworkers’ overtime pay.

California Healthline recently interviewed Kathryn Phillips about the links she sees between the environment and health. Her comments are edited for length and clarity.

Q: You told health care advocates to “let you know” when they need you to get involved in preventing a possible repeal of the Affordable Care Act. How did that first come up?

A day or two after the election, the Building the California Dream Alliance met, and different groups were explaining what they were going to do in the coming year. One of the health groups was saying they had been planning a year of California legislation to advance access to health care, and they were [now] having to “rewrite the script” because they’d have to do a lot of defense to protect the ACA. As the conversation progressed, it became clear that it was going to be necessary for our coalition to work together to protect those things that reflect the values of Californians, that protect public health and environmental health, and the environment itself. [That includes] protecting people’s right to speak out on issues, and their ability to live without fear. 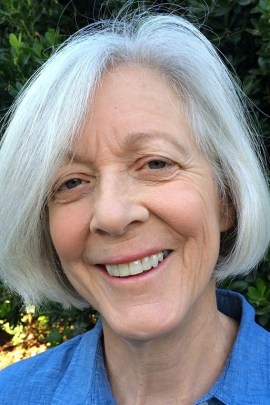 Q: Has the Sierra Club ever worked on health care issues before?

[We’ve worked] on issues related to women’s access to birth control and reproductive health issues … but a lot of what we work on is health-related. Because if you look at air pollution, water pollution, exposure to toxic substances, those are very strong health impact issues. And we’ve always worked on those. If you take the San Joaquin Valley, it’s one of the most polluted air basins in the country. There’s a really high rate of asthma among children.

There’s a distinction between those who are able to thrive in a polluted area and those who are not. Those who can thrive are those people who have access to good health care. Ideally, and what we work for, is to get to the place where we don’t have the kind of air pollution that creates or exacerbates lung disease, including asthma. Until we’ve gotten to that point where there is no pollution, it’s very important that people exposed to pollution have access to health care, so that they can live productive lives.

Q: Working for a clean environment may lead to healthy people, but giving people health care coverage doesn’t necessarily clean up the environment.

No, it doesn’t. But it allows them to thrive while we try to make the environment a cleaner place. Take, for example, a community that is fighting on two fronts, trying to clean up the air, and figuring out how to get access to health care because their kids are having regular asthma attacks because the air is so dirty. You’re going to have a community where you have people who are not able to be active, engaged participants in the effort to clean up the environment. They’re not going to have time for civic engagement. And civic engagement has been crucial in the history of environmental activism in this country. The only reason we have the laws we have is because at some local level people noticed something was wrong and they demanded action.

Q: How do you imagine collaborating with health care access groups?

What we’re going to do is look to our allies in those organizations to let us know when we can be helpful. And I could imagine what they would want is for us to encourage our members to write letters to protect some aspect of the ACA, to ensure that people have access to health care. Then it would be on us to activate our membership. Through alerts, getting letters to the editors written, signing off on letters. It’s all the stuff that we normally do, but typically just focus very narrowly on certain aspects of the environment.

Q: Do you imagine you may call on health groups to help with your environmental work?

We are part of this [Building the California Dream Alliance] coalition. We’ve already been lining up together in this last year on a platform of bills, and standing together. We’ll probably do that same thing in the coming year, because we’re in this national emergency.