Last May, I wrote a column that offered tips for caregivers — without knowing that I would soon become one myself.

A few months later, my dad was rushed to the hospital for emergency surgery. Then came the cancer diagnosis. Now he’s enduring endless appointments, scans and blood draws, not to mention chemotherapy every two weeks, for three days at a time, administered at home through a portable pump.

Life changed overnight for him, for my mom, who became his full-time caregiver, and for me. I fly to Southern California every two weeks to help.

Armed with my laptop, I can usually work when I am down there. But sometimes I need to take a day — or just several hours — off. When I do, I get part of my salary reimbursed through California’s Paid Family Leave program.

Many of you may not realize that you can take up to six weeks of paid leave in a 12-month period to bond with a new child or care for a sick loved one. Not all of it must be taken at once. You can break it into two or three chunks, or even single days — or hours — as I do.

Even many Californians who know about the program do not use it because of the onerous paperwork or the loss of their full salaries, experts say.

“As much as paid family leave is great, there are still some big lumps in the system for making it easily usable,” says Leah Eskenazi, director of operations for the Family Caregiver Alliance, a national group based in San Francisco.

Starting this month, the program addresses some of the obstacles: Now you can receive up to 70 percent of your pay, depending on your income, up from 55 percent. And the previously required seven-day waiting period is going away, which means your benefits can kick in on the first day you need them.

Get Emily Bazar’s latest column delivered straight to your inbox.

California’s Paid Family Leave program, the first in the country, took effect in 2004. It is funded by employees through payroll deductions — look for “CASDI” on your pay stubs.

You may qualify for the program if you work for an employer of any size, in the public or private sector, or even for yourself, so long as you have recently contributed to the program.

Since it began, some 2.65 million Californians have made about 2.8 million paid-leave claims. Nearly 90 percent of the claims were filed by mothers and fathers using the benefit to bond with new biological, adopted or foster children, according to the state’s Employment Development Department (EDD), which administers the program.

Fewer than one-eighth of the claims have been to care for seriously ill children, parents, parents-in-law, grandparents, grandchildren, spouses or registered domestic partners.

The new rules, which apply to claims effective on or after Jan. 1, increase the wage replacement to about 60 to 70 percent of your income, with low-income employees qualifying for the higher rate. You can plug your salary into the department’s online benefit calculator at edd.ca.gov to see how much you would get. 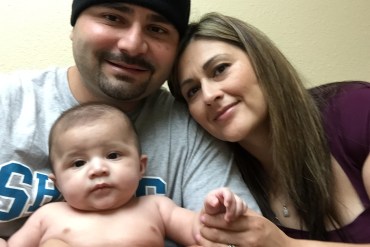 Contreras thinks many dads don’t take paid leave because they don’t know about it, or because pride compels them to keep working.

Most paid-leave claims are for bonding with a child because that’s an event you can typically plan for, says Donna Benton, director of the University of Southern California Family Caregiver Support Center. Caregiving for an illness, on the other hand, may be less predictable, she says, and it may not be clear how long that role might last.

In 2015, the Family Caregiver Alliance asked 141 people who care for sick relatives about California’s paid-leave program. Only about 12 percent of those who were eligible used it, Eskenazi says.

Many didn’t even know the program existed, or that they didn’t have to take all six weeks off at once, she says.

Those who knew about it reported two major obstacles: insufficient wage replacement and a burdensome application.

“Some ended up … not even using paid family leave because it was too confusing,” Eskenazi says.

I can attest that the paperwork is difficult and help hard to get. It is also frustrating to rely on — and wait for — doctors who must submit paperwork on your behalf.

It is also engaged in an outreach campaign to spread the word about the program, not only among employees, but also doctors, foster care agencies and others, she adds.

“We’re trying to make sure they have the information they need to help consumers,” Levy says.

Awareness of the program is particularly low among low-income and immigrant families, says Jenya Cassidy, director of the California Work & Family Coalition, which advocates for programs that support working families.

If you need help with your application or benefits, you can try the program’s general phone number (877-238-4373). But I’m not a fan of the endless, automated phone tree that often leaves you stranded with a recording rather than a real person. You may have more luck with the department’s online troubleshooting form: https://askedd.edd.ca.gov.

In addition, Legal Aid at Work, a national organization based in San Francisco, runs a Work and Family Helpline (800-880-8047) that fields about 1,500 calls a year from workers seeking help with Paid Family Leave and other programs.

You can also find an interactive tool, fact sheets and videos about paid leave at legalaidatwork.org. Click on the “working families” box on the home page to get there.

And don’t forget, your human resources department at work should be a source of information and support, though I know that’s not the case for everyone.

Family Crisis Or New Joy? Get Paid Time Off For It