Poison comes in many forms for addicts: Alcohol and drugs usually come first to mind, but gambling — often overlooked — is of increasing concern to state officials and rehab centers.

The number of problem gamblers has grown in recent years with an explosion of betting opportunities available at the touch of a smartphone screen. That is particularly true during this month’s annual “March Madness” college basketball tournament.

The state’s Office of Problem Gambling, part of the Department of Public Health, recorded 36,000 calls to its hotline last year — the highest number since it began public awareness efforts in 2003, said Terri Sue Canale-Dalman, who heads the agency. The number of problem gamblers in California is estimated to have reached 1 million.

The average gambler loses about $38,000 a year and is $20,000 in debt, Canale-Dalman said. And the damage is not only monetary: Relationships are often lost and some gamblers suffer a decline in mental and physical health.

Jason, a resident of Culver City, knows what it’s like to be seduced by high stakes. To his family and friends, Jason was a winner. He frequently reaped thousands of dollars through various forms of gambling: blackjack and sports betting were his favorites. Those who heard his stories thought him a lucky man.

It was a facade he maintained for more than 10 years. Jason did win quite a bit, but he lost even more – a sum, he said, that many people earn over an entire lifetime.

“Gamblers are very good at not showing their cards,” said Jason, who requested his last name not be used because of the sensitivity of the subject. “I didn’t share my losses or horror stories. Most gamblers won’t.”

He also lost time — valuable time he now realizes would have been better spent with his wife and children.

One reason: there are more ways to gamble than ever before.

In the digital age, table poker and slot machines are beginning to take the back seat. Instead, online gambling and fantasy sports are becoming more popular. With easy access from a computer, tablet or phone, daily fantasy sites such as New York’s FanDuel and Boston-based DraftKings have become the newer, hipper go-to platforms for people seeking the adrenaline rush that comes with sports betting.

While considered a harmless form of entertainment for many people, experts say it can be a dangerous activity for the vulnerable.

Mostly unregulated for the nearly 10 years they have been in existence, daily fantasy sports has become a controversial topic. The California legislature is considering legislation to clarify its legal standing and help address the problem behavior surrounding it.

Traditionally, participating in fantasy sports meant drafting athletes to create a team that would last an entire season. Now, daily fantasy sports contests are more immediate, offering leagues that last a weekend or a day. With that, opportunities to wager — and problem gamblers — have multiplied.

“We’re seeing a monumental shift,” said Dr. Eric Geffner, who has treated gambling addiction in Los Angeles since 1998. “What started as a pastime to relax and have a few beers with friends … has become full hardcore gambling.”

Many people are attracted to daily fantasy sports sites because they believe their sports knowledge can help them win, Geffner said.

Over the years, Geffner has seen hundreds of problem gamblers walk through his Westwood office. This time of year is particularly busy because March Madness offers a big pool of games to bet on, he said.

Daily fantasy sports, now a billion-dollar industry, was exempted from a federal law that outlawed Internet gambling in 2006. But state regulators are starting to scrutinize it. In the past few months, fantasy sports companies have been fighting in some states to remain in operation.

On March 21, DraftKings and FanDuel suspended their operations in New York pending a legal battle with the state’s attorney general. In California, a bill working its way through the state legislature would authorize and regulate daily fantasy sports sites.

The legislation, authored by Assemblyman Adam Gray (D-Merced), would allow these companies to operate in California after obtaining a license and paying an annual fee. The purpose of the legislation is to protect consumers, who currently assume all the risk.

The bill would prohibit an operator from allowing players to establish more than one account and would ban any advertising aimed at people under 21.

It would also require the state’s Department of Justice to develop an online self-exclusion form for problem gamblers who ask to be banned from gambling activities. The operators would have to make these forms available on their sites by July 2017.

The daily sports fantasy industry does not consider itself to be in the gambling business. Industry representatives argue that unlike gambling, which is largely a matter of chance, daily fantasy sports require research and an ability to evaluate players and matchups.

But they are cognizant of problem behavior and willing to cooperate, said Peter Schoenke, chairman of the Fantasy Sports Trade Association. He said the industry is working with 20 states to help pass legislation that will clarify the legal status of daily fantasy sports.

“It’s not good for the industry to have those (problem) behaviors go unchecked,” Schoenke said. “We are being proactive and working to get bills passed that work for everyone.”

A spokeswoman for FanDuel said the site has trained staff in place to look for compulsive behavior by players. The number of contests a player can enter in a given time period is also limited, according to the site.

Jason, now in his mid-40s, never used DraftKings or FanDuel, but he has heard plenty about the sites from younger gambling addicts who, like him, are currently in treatment at Beit T’Shuvah, a rehabilitation center in Los Angeles whose name means “house of return” in Hebrew. 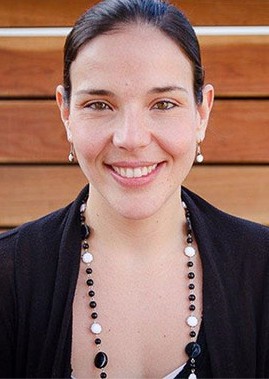 Yael Landa, the center’s gambling treatment program director, said Beit T’Shuvah treats a variety of addictions through residential and outpatient services. At any given time, about 120 people are enrolled in the center, 15 percent of whom are gamblers. Quite a few are in their early to mid-20s.

“We hear all kinds of stories from people of all ages,” Landa said. “People who owe a lot of money, people who’ve lived a double life. Some face severe financial wreckage.”

I. Nelson Rose, a law professor and gambling expert at Whittier Law School, said young adults’ attraction to gambling is not surprising: temptation is all around them. When gambling becomes convenient, common sense dictates that the number of problem gamblers grows, Rose said.

“Why in the world would you play a slot machine if you are carrying the world’s greatest games on your smartphone?” he said.

To address the growing number of people addicted to gambling, the Office of Problem Gambling has invested in training for medical providers, public service announcements, prevention for high school youth and is consulting with nonprofit community organizations to expand education on the dangers of gambling, said Canale-Dalman.

“Warning signs vary,” she said. “This isn’t like alcohol. You can’t smell or see something right away.”

Michael Barbosa, 57, of Pleasant Hill, believes the lack of obvious physical symptoms might be a reason why gambling addictions are too often disregarded as a disease. He lost four marriages because of his addiction to card games and poker. He stole money from his mother and at one point ended up on the street.

In 2013, he started a rehabilitation program at HealthRight 360, a residential treatment facility in San Francisco. That’s where he learned that being addicted to gambling is not much different than being addicted to a drug. When he attempted to stop cold turkey, he’d get fevers.

“It made me physically sick,” Barbosa said. He also fell victim to depression, which he still struggles with today. “It all goes hand in hand,” he said.