Johnson, who has two young sons, said other inpatient drug rehab programs had refused to accept Medicaid, and she knew outpatient care would not be enough to break her habit.

“I couldn’t stop,” said Johnson, 28. “With my drug, you are either sick all day or you have to do it to make yourself feel better.”

As the opioid epidemic burns a path of devastation through communities across the nation, California is leading the way in revamping treatment for low-income residents like Johnson. Before this year, the state’s Medicaid program, known as Medi-Cal, covered only limited and episodic care. Now, it pays for a much broader range of treatment including expanded access to medications, inpatient beds, individual therapy and case managers.

The five-year pilot project, which gives the state flexibility in its use of federal money, was approved in 2015 by the agency that oversees Medicaid. The California project officially started earlier this year. Virginia, Massachusetts and Maryland also have federal permission to expand drug treatment for Medicaid members. Other states, including West Virginia and Michigan, are seeking it.

California’s drug rehab overhaul makes it easier for Medi-Cal members to get care and improves their chances of long-term recovery, state health officials said. It also aims to reduce costs by decreasing use of emergency rooms and hospitals and keeping drug-addicted enrollees out of jail and out of the child welfare system.

“It is such a dramatic change to our substance abuse field,” said Marlies Perez, chief of the substance use disorder compliance division at the state Department of Health Care Services. “We turned off one system one day and turned on a whole new system the next.”

Health officials and service providers say that with the federal waiver they are finally able to address addiction as a chronic disease. Instead of simply getting short-term outpatient care, Medi-Cal beneficiaries can receive ongoing treatment from detoxification through recovery, tailored to their specific needs.

“The old traditional way was a rather canned approach to recovery,” said Bruce Copley, director of the Department of Alcohol and Drug Services in Santa Clara County.

The state does not yet know how much the changes will cost, because the program is open-ended: Anyone eligible for the services in the participating counties can receive them. In previous years, the state has spent about $180 million annually on drug rehabilitation for Medi-Cal beneficiaries. Perez said the state is only beginning to receive bills and is hoping to prove to the federal government that the changes will actually reduce overall costs related to substance abuse.

Drug rehab providers still fear for the future of Medicaid given the ongoing debate over health care in Washington, said Tom Eby, clinical director of Whiteside Manor, a nonprofit residential treatment center in Riverside. If his clients lost their Medicaid coverage — or the federal government ended California’s drug rehab program — it could imperil the progress being made, Eby said.

“It would go back to what it was, with these folks dying on the street,” he said.

Thirty-eight of the state’s 58 counties have joined California’s Medi-Cal pilot. Riverside and San Mateo started in February. Other counties, including Los Angeles and San Francisco, have come on board since.

The big increase in the availability of residential care is a significant aspect of the program, since it could reduce the chance of relapse or overdose for those with severe addictions. Previously, Medicaid did not cover treatment in inpatient rehab facilities with more than 16 beds. That resulted in long waiting lists. Inpatient stays typically were paid for by the county, a private insurer or the person being treated.

In Riverside County, Medi-Cal recipients used to wait more than two months for a bed. Now, many of them get one in a day or two, according to Rhyan Miller, the county’s substance abuse services program administrator.

At MFI Recovery’s women’s center in Riverside, known as A Woman’s Place, residents now have access to a licensed vocational nurse, a driver to take them to appointments and a discharge planner. They can stay 90 days (with a possible 30-day extension) and longer if they are pregnant.

Johnson said she was grateful to get in without a long wait. If she hadn’t, the Riverside woman said, “I would either be on the streets or dead.”

Brittany Stearns, another resident, said her parents had paid $48,000 for an earlier stay at a private residential treatment center to treat opioid addiction. When she relapsed three years later, the 32-year-old Palm Springs resident knew her parents wouldn’t pay for it again. 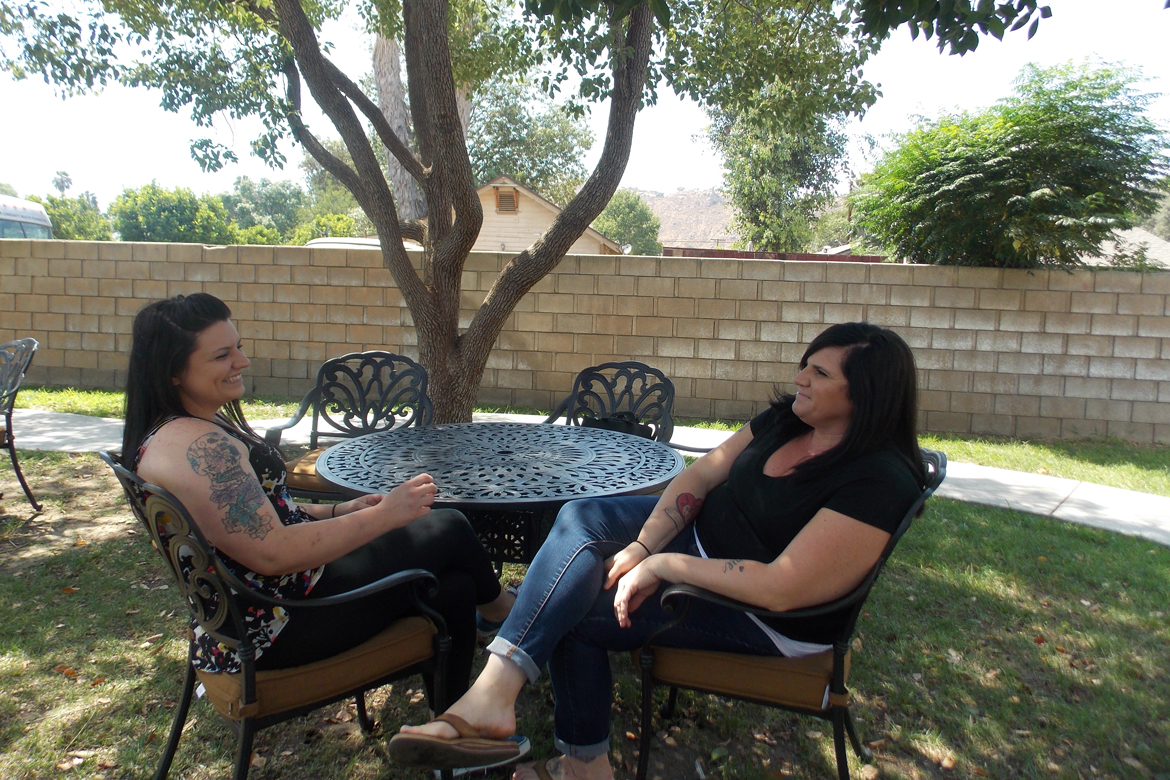 Breann Johnson (left) and Brittany Stearns arrived at A Woman’s Place in Riverside on the same day in May, both determined to get sober. The women, who are both on Medi-Cal, are making plans to go to a sober-living facility after leaving the center. (Anna Gorman/KHN)

“I needed help,” said Stearns, whose 2-year-old daughter, Molly, lives with her at the center. “If Medi-Cal didn’t pay for this, I am afraid to think about where I would be.”

Johnson and Stearns both completed their residential treatment and are now getting follow-up outpatient care.

Perez, of the health care department, said that although the project is scheduled to run five years, the state does not intend to return to the old way of doing business. It hopes to persuade the federal government to continue allowing spending flexibility. “This is already impacting not only Medi-Cal but other individuals who are receiving substance abuse disorder services,” she said.

That’s because clinics have made sweeping changes to meet the new Medi-Cal requirements for participation, including the recruitment and training of new employees. Counties are also now using guidelines set by the American Society of Addiction Medicine — another condition of participation.

When the new program started, thousands of people called in to a substance abuse line for screening and referral, said Miller of Riverside County. That was up from fewer than 200 calls the previous month.

“We didn’t expect this,” he said. “It has been absolutely crazy. The sheer numbers of calls completely overwhelmed and also excited us.”

At Whiteside Manor, director Ron Vervick said the additional reimbursement from Medi-Cal enabled him to hire more counselors, drivers, nurses and intake workers. Many of the residents at Whiteside are homeless and mentally ill. In the past, he said, they didn’t get the care they needed. 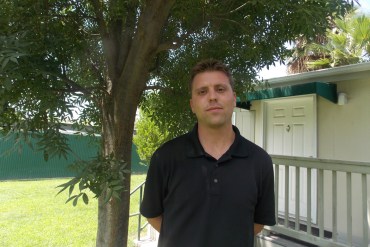 Kendall Jenkins sought treatment at Whiteside Manor in Riverside after years of heavy drinking and using methamphetamines, heroin and pills. He was relieved when he heard that Medi-Cal would cover his stay at the inpatient drug rehabilitation center. (Anna Gorman/KHN)

One resident of Whiteside Manor, Kendall Jenkins, sought treatment in early May after years of heavy drinking and drug use that included heroin, methamphetamines and pills — “anything I could get my hands on.” A former college golfer and hotel valet, Jenkins, 30, was homeless off and on, and spent stretches living in his car. He recently left the facility, found work at a hotel and is staying in a sober-living home nearby.

Jenkins said that when he learned Medi-Cal would cover his stay at Whiteside, he felt relieved. He was able to participate in individual counseling and group therapy and said the center “saved my life.”

Though he still thinks a lot about using heroin, he knows where he would end up if he did.