Trump Country it may be, but rural counties and small towns also make up Medicaid Country — those parts of the nation whose low-income children and families are most dependent on the federal-state health insurance program, according to a report released Wednesday.

Medicaid’s enrollment has swollen to more than 72 million in recent years and the ranks of uninsured Americans has fallen to 9 percent in 2015 from 13 percent in 2013. That’s largely due to the Affordable Care Act, which allowed states to expand Medicaid eligibility with federal funds. Thirty-one states plus the District of Columbia did so.

Those gains may be in jeopardy under a GOP- and White House-backed health care measure called the American Health Care Act that would replace major parts of the ACA — known as Obamacare — and dramatically cut federal funding for Medicaid. The House passed the bill in May.

“There is no doubt that children and families in small towns would be disproportionately harmed by cuts to Medicaid,” said Joan Alker, executive director of the Georgetown University Center for Children and Families.

In California, Medicaid coverage of children in small towns and rural areas swelled from 43 percent in 2009 to 54 percent in 2015. Adult coverage increased from 13 percent to 28 percent in the same period. 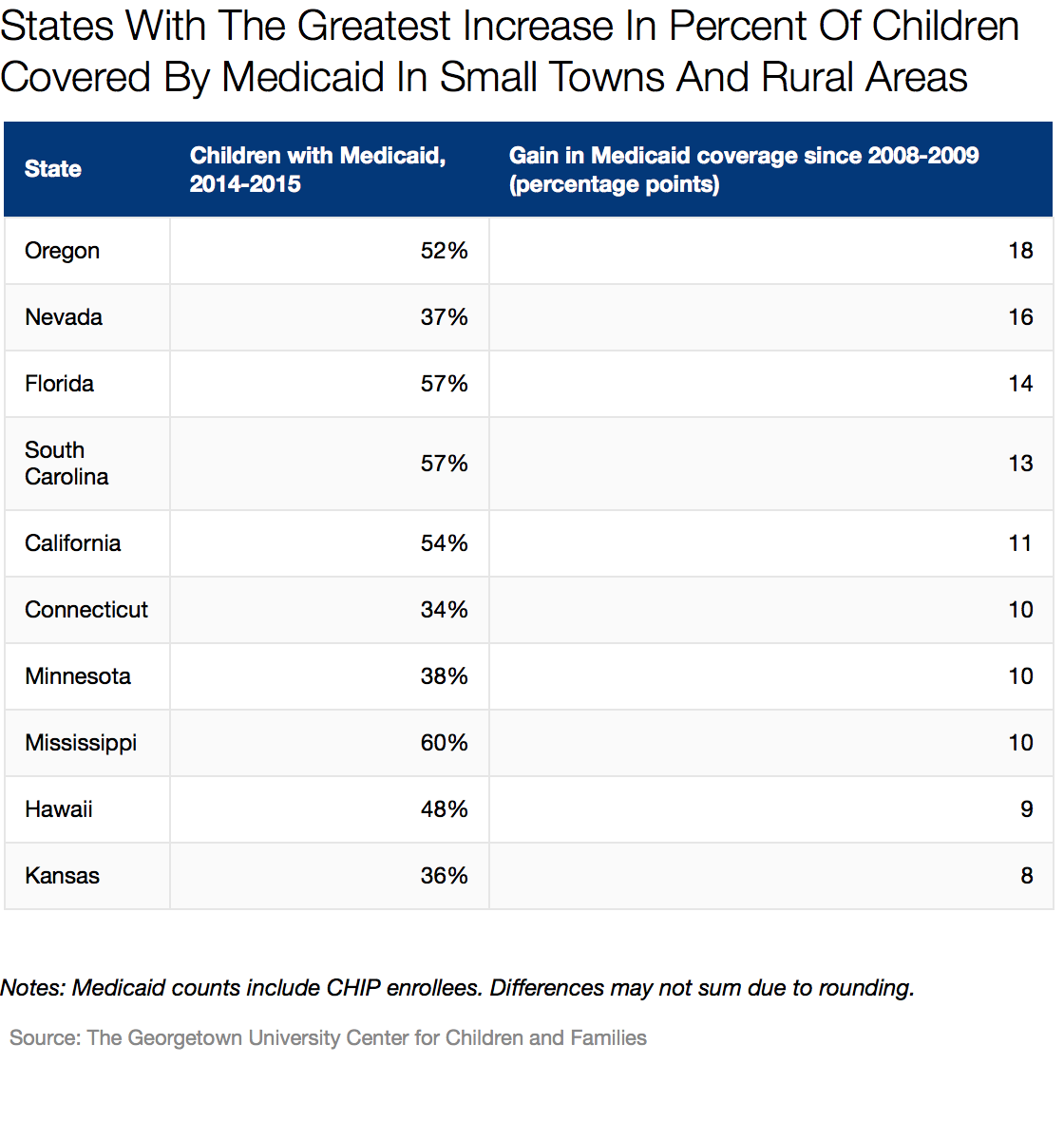 In states that expanded Medicaid under Obamacare, the rate of uninsured people in small towns and rural areas fell by 11 percentage points between 2008-09 and 2014-15 — from 22 percent to 11 percent, the report said. That was slightly larger than the decrease in metro areas of expansion states.

If the House-passed bill became law, Medicaid would be cut by more than $800 billion over 10 years. Alker said that would lead to higher uninsured rates and reduce Americans’ access to health care.

The Republican-controlled Senate is expected to circulate a preliminary proposal of their repeal-and-replace legislation to members as early as this week. Compared with House members, senators are typically more sensitive to issues facing rural Americans because they represent entire states rather than districts often dominated by urban areas.

With the Senate edging closer to creating its own bill, disability and health advocates and Medicaid enrollees on Tuesday held “Don’t Cap My Care” rallies in nine cities, imploring Congress to reject efforts to cut Medicaid funding.

About 400 people gathered outside the U.S. Capitol in Washington, D.C. — blind, disabled, elderly people among them — with many holding signs reading “Don’t Mess With Medicaid” and “No Cuts, No Caps to Medicaid.” 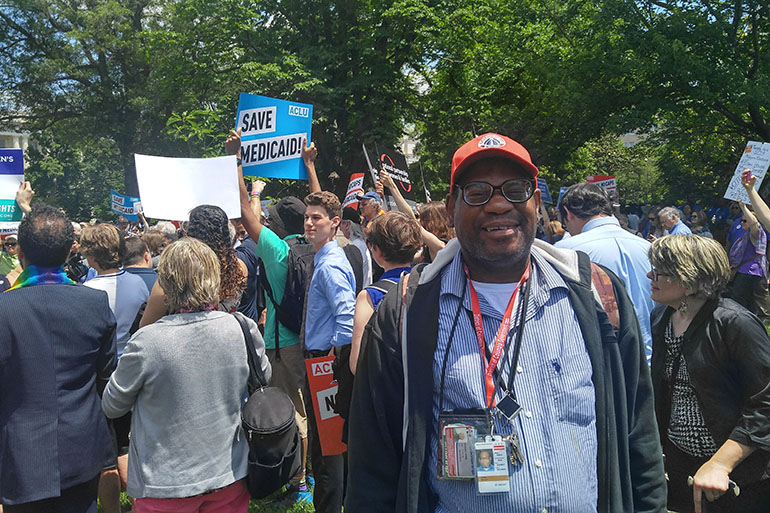 Ten million people with disabilities rely on Medicaid to help them live, work, attend school and participate in their communities.

Cindy Jennings, 53, of Lititz, Pa., who attended the Washington rally, said she fears the loss of Medicaid coverage under the Republican plan or reduced coverage for her son, Matthew. He is disabled and unable to speak because he was born with a chromosome abnormality.

“It’s frustrating and scary,” she said. “I need to stay healthy to care for him.”

Erickia Bartee, 31, of Owings Mills, Md., said Medicaid enables her to live in a group home and get drugs and other health services to live with cerebral palsy. “I will struggle to survive if my Medicaid benefits are cut,” she said.

Other findings from the report:

The report defined America’s rural areas and small towns as non-metropolitan counties, whose main urban areas have no more than 50,000 people.