Sarkis Karakesisoglu had just returned from the gym last October when his right side buckled and his arm went numb. With a slight slur in his speech, he yelled for his wife to call 911.

At Hoag Hospital in Newport Beach, doctors said he was having a panic attack and gave him medication to relieve anxiety. But the next morning, when Karakesisoglu still couldn’t speak clearly or stand up on his own, they sent him for an MRI.

The results stunned the 35-year-old personal trainer and gym owner: He’d had a stroke.

Karakesisoglu, who lives in Irvine, is among a growing number of younger adults who’ve had a stroke, which occurs when blood flow to the brain is blocked or when a blood vessel in the brain bursts.

Because strokes are most often associated with old age, symptoms in younger adults may be overlooked, according to patients, advocates and physicians. And their need for rehabilitation — to return to active lives as parents and employees, for instance — can be underestimated.

“The American public is still very locked on strokes being an [affliction] of the elderly,” said Amy Edmunds, who had one in 2002 at age 45 and later started a nationwide advocacy and support organization called YoungStroke. “But we are an emerging population … and we really need to be recognized.” 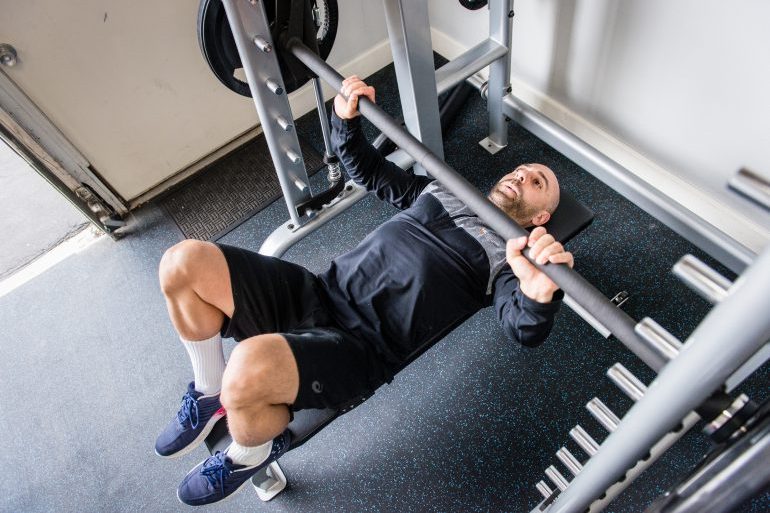 Karakesisoglu works out at The Training Habit in Irvine, Calif., in July 2016. The 35-year-old personal trainer had a stroke last October after coming home from the gym. (Heidi de Marco/CHL)

The reasons behind the rising prevalence among young people are not entirely clear, but physicians believe they include growing risk factors such as hypertension, smoking and obesity. And because younger patients tend to have less awareness of strokes, they may not be as proactive about controlling those risks.

“Older people are educated and understand they need to take care of themselves and are doing all the things to prevent strokes,” said Lisa Yanase, a neurologist at Providence Health & Services in Portland, Ore. “Young adults … think they are bulletproof. They think nothing can hurt them. They haven’t had the realization that these things can actually be bad for them.”

Pediatricians and primary care doctors also may not be looking as closely in their younger patients for “what used to be adult problems,” Yanase said. “Blood pressure control, for example — that is not something pediatricians ever treated before.”

And doctors don’t always recognize strokes immediately in young people, said Lucas Ramirez, a doctor at USC’s Keck Hospital and one of the co-authors of the American Heart Association journal article. “Depending on your symptoms, especially when young, stroke may be lower on a physician’s mind,” he said.

Moreover, young adults, unaware of what is happening, may put off critical and time-sensitive treatments that could protect them from disability or death. Or, despite the coverage mandate under the Affordable Care Act, they may be uninsured or underinsured and unable to afford treatment. Adults over age 65, by contrast, generally can rely on Medicare coverage.

Young adults can also suffer strokes because of drug abuse or undiagnosed genetic conditions. Karakesisoglu, for example, has a blood clotting disorder and a hole in his heart that he hadn’t known about before his stroke. 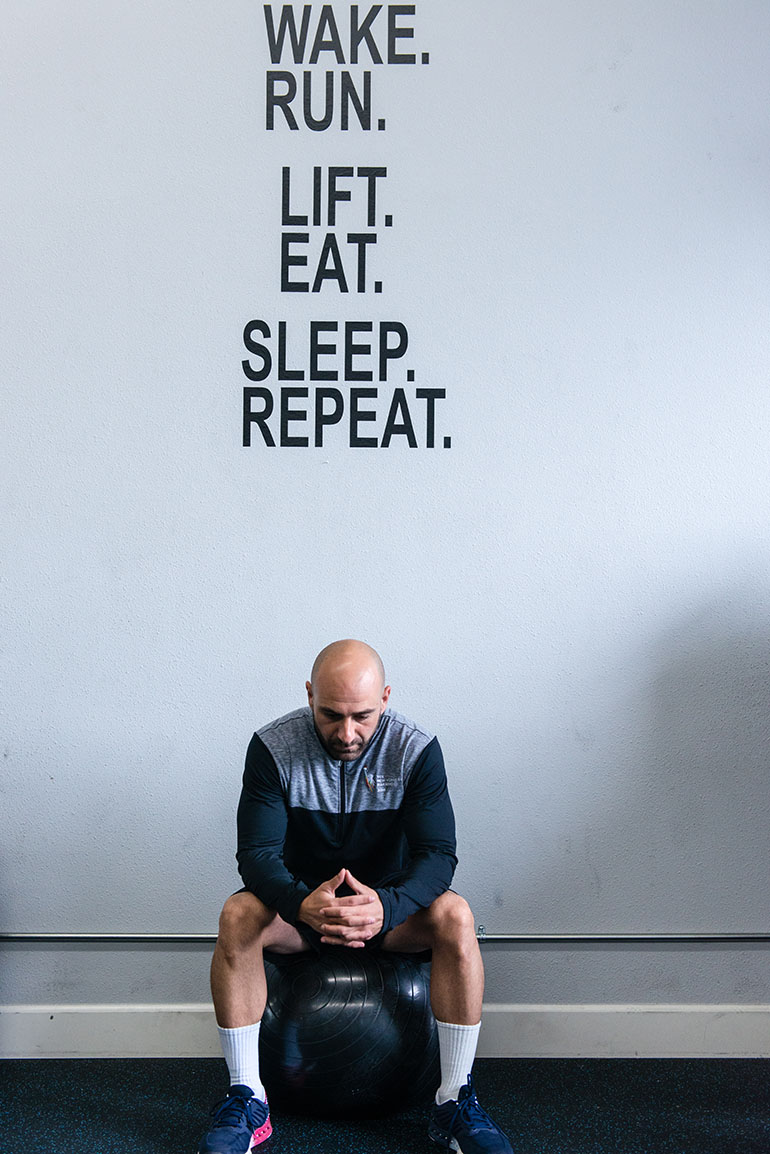 Karakesisoglu, a personal trainer, said he never expected to suffer a stroke at such a young age. (Heidi de Marco/KHN)

Still, strokes are more common among older adults. People ages 18 to 50 years old account for only about 10 percent of the 795,000 strokes that occur each year, according to the American Heart Association.

Common symptoms of a stroke — for both younger and older adults — include sudden confusion or numbness, slurred speech or severe headache. Strokes can cause physical and cognitive problems, including paralysis, weakness, depression and speech impairment.

Karakesisoglu said he had no idea what was happening to him that night in early October. “But since it hit so hard and came so quickly, I knew something was wrong,” he said. “It felt like my brain was short-circuiting.”

Karakesisoglu said he believes his medical attendants at the hospital should have recognized what was happening to him, but he also understands why they didn’t: “I just didn’t look like someone who could have a stroke.”

Six days later, he left the hospital dragging his right leg and barely able to lift his arm. Over the next few weeks, he lost weight, had persistent headaches and sank into depression.

“The whole world looks different when you leave a hospital,” he said. “I was fearful.”

He went to the ER three more times over the next two months, worried he was having another stroke. 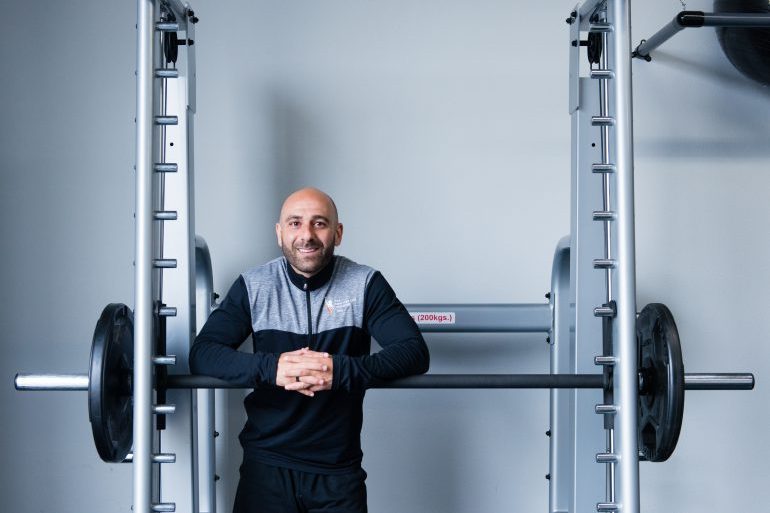 Karakesisoglu is among a growing number of younger adults having strokes, an illness most often associated with old age. (Heidi de Marco/KHN)

After intensive physical therapy and months spent regaining his strength, Karakesisoglu said he finally feels back to himself. He coaches basketball, walks his dog daily and works out with clients. But he still takes naps every day and occasionally his fingers feel numb. As he tires toward the end of the day, he has trouble finding words.

Karakesisoglu said he wished there was a support group for people his age.

But support groups and rehabilitation programs are typically designed for older adults and may not take younger people’s needs into consideration, said Edmunds, the YoungStroke founder. Young adults who suffer strokes need more than re-learning how to walk or feed themselves, she said. They must also figure out how to continue raising children and working while dealing with the lingering effects of their illness.

“It’s a different landscape for younger adults,” Edmunds said. “We need skills to help us get on with our lives post-stroke, which could conceivably be as long as pre-stroke.”