The plague is best known for wiping out as much as a third of Europe’s population during the Black Death pandemic of the 14th century, but it’s not entirely a thing of the past. It’s enough of a present-day threat — either as a bioterrorism weapon or because of antibiotic resistance — that scientists are trying to develop a vaccine.

Dr. Ashok Chopra and a team of researchers at the University of Texas Medical Branch at Galveston published a study of the three newest candidates for plague vaccine in an online Nature Research journal npj Vaccines.

“So far, it looks very promising, at least in the two animal models we have tested,” said Chopra, a professor of microbiology and immunology who began studying the bacteria that causes the plague, Yersinia pestis, around 2002.

The impetus for his work was the anthrax attacks of 2001, when letters containing anthrax were mailed to media outlets and congressional offices. Congress required the departments of Health and Human Services and Agriculture to regulate certain biological agents and toxins that could pose a severe threat to public health. The bacteria responsible for the plague made the top section of the list — Tier 1, the microbes most at risk for bioterrorism. It’s in bad company alongside anthrax, Ebola, smallpox and foot-and-mouth disease.

But 2001 wasn’t the first time the plague was considered a potential bioweapon. “There has been a history of using or developing plague as a bioterrorism agent,” said Dr. Paul Mead, a medical epidemiologist with the Centers for Disease Control and Prevention.

Japan may have spread plague-infected fleas in certain parts of China during World War II, and both the U.S. and the Soviet Union considered spreading the plague bacteria as an aerosol during the Cold War.

There are three types of plague infection — bubonic, septicemic and pneumonic — and all are caused by the Yersinia pestis bacteria.

Left untreated, the bubonic form has a 40 percent to 70 percent mortality rate, and pneumonic and septicemic plague are virtually always fatal. In the pre-antibiotic era (1900-1941), the mortality among those infected with plague in the U.S. ranged from 66 percent to 93 percent. But antibiotics like streptomycin and gentamicin are used to treat all three strains now, so that mortality has been reduced to 11 percent.

According to the World Health Organization, there were 783 cases of the plague reported worldwide in 2013, including 126 deaths.

It affects people in rural areas in central and southern Africa, central Asia and the Indian subcontinent, the northeastern part of South America, and parts of the southwestern U.S. The three most endemic countries are Madagascar, the Democratic Republic of Congo and Peru. According to the CDC, the U.S. sees an average of seven human plague cases reported each year. In 2015, there were 16 cases reported, including two teenagers who visited Yosemite National Park in California. Four of the 16 cases were fatal. As of early November, only four cases had been reported and all patients recovered, according to the CDC. 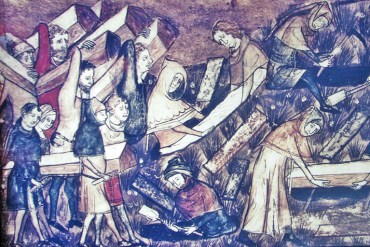 Vaccines for the plague do already exist, but they have some serious flaws. One made with dead bacteria is approved by the U.S. Food and Drug Administration but no longer manufactured. It only protected against the bubonic plague and not the more dangerous pneumonic plague.

Another vaccine is used in endemic regions such as China and the former Soviet Union, but it’s not approved by the FDA because of its high likelihood to cause severe side effects such as fever, malaise and headaches.

Chopra’s experimental vaccines reported on in Nature protect against the pneumonic plague and don’t cause side effects.

The researchers deleted three genes in each of three candidate strains in order to weaken — but not kill — the bacteria. The strains could no longer cause disease and generated a robust immune response in the animals tested.

The team gave two doses of each vaccine to mice and then challenged the animals’ immunity with highly virulent plague strains. The mice were protected up to four months later.

Two of the mutant strains were also successfully tested in rats.

Chopra also has a different type of plague vaccine in the works which involves the bacteria’s antigens. It’s been tested in non-human primates and is shown to be “highly protective.”

“Everybody’s immune system is different so some people could be protected and some may not be,” Chopra said. “Our goal is to do parallel studies so that we have in our pipeline several vaccine candidates.”

In Search Of A Vaccine To Vanquish The Plague