INDIANAPOLIS — Nine years ago, Nina Porter gave birth in a hospital bed with one of her ankles chained to the frame.

Corrections officers stood watch as Porter held her daughter, Gianna, to her chest for the first time. Back at a nursery inside Indiana Women’s Prison, Gianna slept in a crib in her mother’s cell, about 2 feet from her pillow.

The prison program allowed Porter to keep her baby with her — including when she went out into the yard — until her discharge nearly a year later. She didn’t recall ever bonding so closely with her previous 11 kids. She finally felt her life moving in a positive direction.

When Porter was released in 2012, however, she didn’t know how to stay on that path and resorted to what she knew: drugs and crime. She never returned to prison, but her struggles eventually led to a new mission of supporting incarcerated moms as they adjust to life on the outside.

This month, a program Porter developed called Mothers on the Rise is set to launch in the same unit where the 46-year-old raised her daughter. The project, among the first of its kind, aims to help formerly incarcerated mothers maneuver a post-prison world that can often be unwelcoming.

Research shows that recently incarcerated moms are likely to have a variety of mental and physical health problems and lack access to stable housing, employment, education and social services.

“They’re released with maybe no place to stay and go to. And if they do have a place, it may be transient. They don’t have money, might not have a cellphone — and they have to take care of a baby,” said Jack Turman, an Indiana University public health professor who is advising Porter on her project. “How does one navigate all of that?”

The number of incarcerated women in the United States exploded from about 26,000 in 1980 to roughly 231,000 today, with African American women imprisoned at twice the rate of white women.

But incarcerated women often lack programs that help them transition back into society, even though research has found they expressed more of a need for them than have men or juveniles. There are also few reentry resources outside of prison, especially those designed for the nearly two-thirds of imprisoned women who have children. 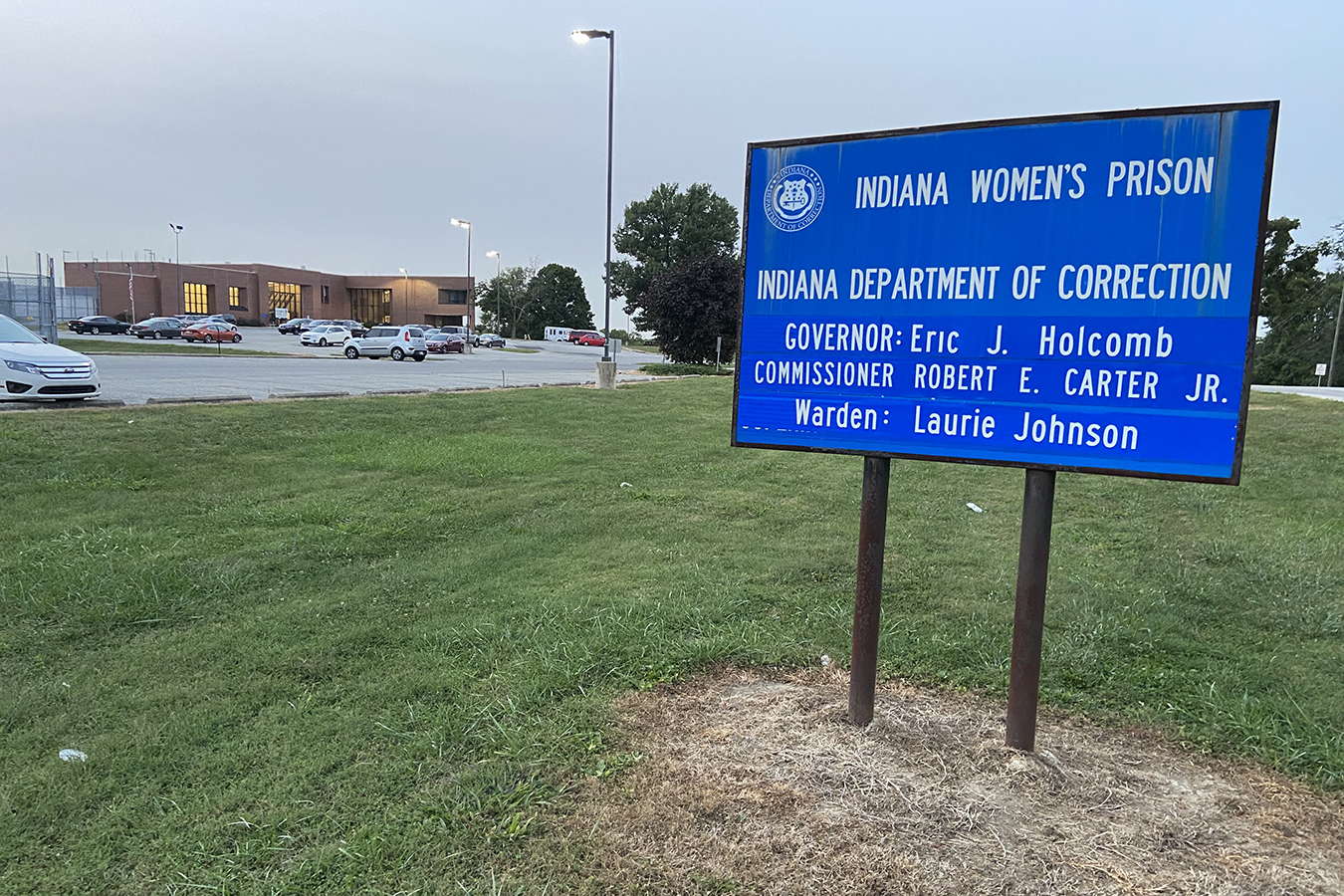 The Indiana Women’s Prison, located on Girls School Road in Indianapolis, is one of the few prisons in America that has a nursery for mothers and babies. (Giles Bruce for KHN)

The group “at the greatest disadvantage coming out of prison is going to be women,” said Pamela Lattimore, a leading expert on prison reentry and researcher for the nonprofit research organization RTI International. “Family support for women is — we found pretty consistently across our data — much less than what was available for men.”

An estimated 2,000 women a year give birth while incarcerated, but Indiana is one of the few states that allows new mothers to raise their babies in prison. The nursery — where moms and infants have private rooms and get help from inmates who are trained to be nannies — assists the women in planning for reentry with a checklist of needs and services. But until now, there’s been no peer support or mentoring for new moms or moms-to-be from anyone who’s been through it.

Until recently, Porter lived such a chaotic, difficult life that she contemplated suicide. Her early years were filled with abuse and neglect. She’d spent much of her adulthood behind bars, mostly for fraud and forgery.

She thought the last time she left prison would be different. But when she and Gianna got out, they bounced around from place to place for a few years. Porter tried to survive the only way she knew how.

“My scum of the pond was I took advantage of anything — however I had to get money. I was just a con artist,” she said. “I’ve been charged with prostitution. I was actually charged with it, not doing it, but … when you’re a crack addict, you’re going to do anything you need to do to get that dope.”

Then there was an unexpected visitor at her apartment. It was Ashley Phillips, project manager for a program Porter was involved in, Grassroots Maternal and Child Health Leadership Training Project.

Turman, the IU professor, had started that program in 2018 to help lower the infant death rate in a state — and city — with one of the highest in the nation. The project trains women who have overcome personal struggles to develop initiatives and policies that support other vulnerable moms.

Porter had begun attending the training that same year, but only because it offered $300 in gift cards. She never considered herself a community leader and didn’t think she had any business telling women how to be mothers.

When Phillips stopped by that day, she handed Porter a flower, comparing it to the women in the project: You plant a seed, watch it grow, and it eventually blossoms into something beautiful.

“She actually saved my life,” Porter said. “I had sent the kids to their dad’s. I was overwhelmed, and I wasn’t sad about taking my life. I was just so tired and ready. … Then Ashley came.”

From that day until she graduated last December, Porter stuck with the leadership training. She’d been hoping to help other moms since she was in prison, and the training gave her the tools to start her own program.

Mothers on the Rise was born. 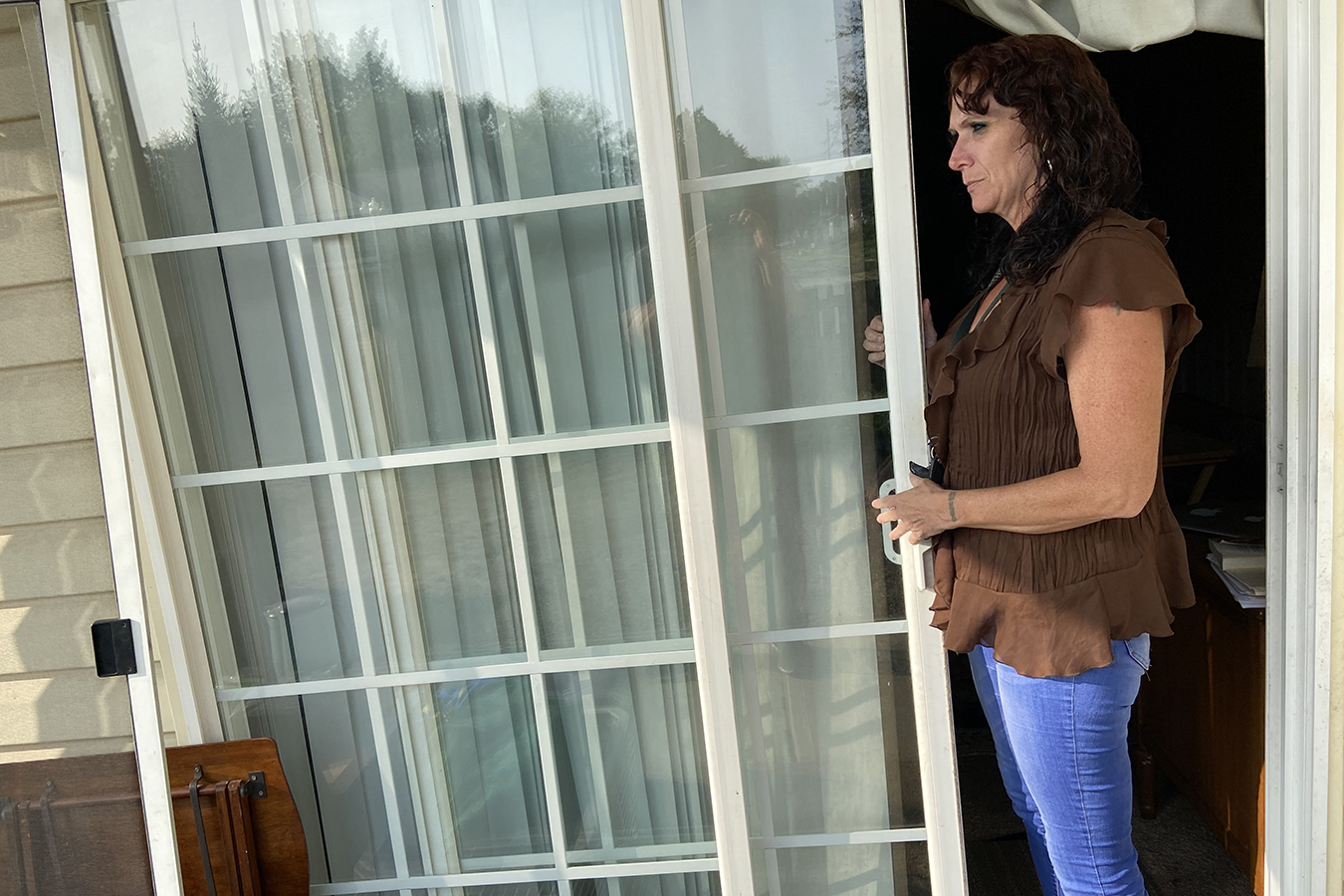 Nina Porter watches her kids play outside their Indianapolis apartment on Sept. 15. Porter, who spent most of her adulthood behind bars, including raising an infant daughter in prison, has created a program to help other moms get by in a sometimes unwelcoming post-prison world. (Giles Bruce for KHN)

Porter’s idea drew the interest of the Indiana State Department of Health, which is providing nearly $60,000 in one-time funding for the project. Agency spokesperson Jeni O’Malley said it “aligns with our priorities of reducing preventable deaths among women and children, reducing health disparities and inequities, and strengthening mental, social and emotional well-being.” The program will be evaluated after the first year for possible future funds and expansion.

The state Department of Correction is allowing women in the prison nursery to join the initiative, albeit virtually for now, because of coronavirus. Indiana stands to save money if the women stay out of prison; it costs about $55 a day to keep them locked up.

Mothers on the Rise will initially assist 10 women, helping them secure housing, child care and, if needed, addiction and mental health treatment. Porter will advise them 90 days before their release and another 90 days afterward on tasks such as connecting with doctors, finding employment and opening bank accounts.

The program will also pay for three months of child care and bus fare for the women and provide infant supplies such as strollers, baby wipes and clothing.

Porter will operate in tandem with the nursery’s social worker.

“My advantage is I know the street mentality, if you will,” Porter said. “I can cut the crap with the women from the beginning.”

She will act as a trusted guide in returning to a society that isn’t always so forgiving to ex-offenders, particularly mothers of young children.

“We like to ostracize those in the justice system and then we’re surprised when they fail — fail at reentering the community they’re not welcome in,” said Maranda Sparks, transitional health care manager for the Indiana DOC.

After she last got out of prison in 2012, Porter visited Garfield Park, a historical, 126-acre green space on Indianapolis’ south side. She snapped a picture of Gianna sitting on the ground next to a fountain. From time to time, she still looks at it, reminding her of a hopeful yet precarious moment in their lives.

Porter went back to the park on a recent late-summer day, the sky powder-blue. Gianna, now almost 9, was there too. So were Porter’s younger kids, 6-year-old Kevin and nearly 2-year-old Kamiah. The children raced one another and scrambled up trees. Flowers bloomed all around.

Watching her children play, Porter pondered how her life might have been different had someone helped her navigate the post-prison experience.

“I think I would have gotten here, but with more healing,” she said. “Because I didn’t even realize a lot of the stuff I was doing was wrong, that life didn’t have to be like that.”