This story is part of a partnership that includes KPCC, NPR and Kaiser Health News.

It wasn’t Deon Jones’ fractured cheekbone or even his concussion that most worried Dr. Amir Moarefi. He was most concerned that Jones could go blind.

The death of George Floyd led to a national wave of protests against police brutality and racism. Law enforcement’s attempts to control impassioned, mostly peaceful crowds has included tactics often deemed “less than lethal,” such as tear gas, pepper spray and rubber bullets. But depending on where a person is hit, Moarefi said, those tactics can cause serious long-term injuries. And, they can kill people.

Jones was hit with a rubber bullet during a protest at Pan Pacific Park in Los Angeles on May 30. He managed to get to the emergency room at Cedars-Sinai with the help of a health care worker who was also protesting. The X-rays confirmed he had facial fractures and doctors recommended he follow up with an ophthalmologist to make sure his optic nerve hadn’t been damaged by the impact.

“I had bruising under my eye and it was puffy as well, and I don’t currently have health insurance,” Jones said.

He wasn’t sure how he’d get the care he needed from a specialist until a friend told him about a local doctor who offered to treat injured protesters, especially those without health insurance. 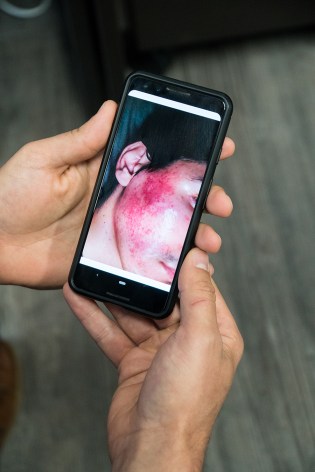 A photo of a protester who developed a severe rash after exposure to tear gas. The injured protester contacted Dr. Amir Moarefi for help after seeing Moarefi’s offer for free medical assistance posted on Instagram. (Jackie Fortiér/LAist)

“I called him, then went in and I filled out some paperwork,” Jones said. “I remember the girl saying, ‘Your visit today will be free,’ and I thought about how many people need to hear that.”

In a June 4 statement, the American Academy of Ophthalmology called on domestic law enforcement officials “… to immediately end the use of rubber bullets to control or disperse crowds of protesters.”

Jones is one of hundreds of people who have contacted Moarefi for medical help since the Long Beach, California, ophthalmologist posted his offer on Instagram.

“I started to get the messages coming in and first it started off with a lot of virtual consults, a lot of messages, pictures, FaceTime chats,” Moarefi said.

The requests for help quickly snowballed. His Instagram post was shared among protest groups all over the country.

In between regularly scheduled surgeries, Moarefi checks his phone for new requests. To treat protesters in other states, he has formed a loose network of doctors he knows from medical school and conferences. Mostly he gives people medical advice via text.

Even though clashes with the police have largely died down, some protesters have festering wounds from days-old injuries.

“You get that adrenalin where you feel like you’re OK. But then later when you go home, you may be doing more harm than good [by not having an injury evaluated immediately],” Moarefi said. 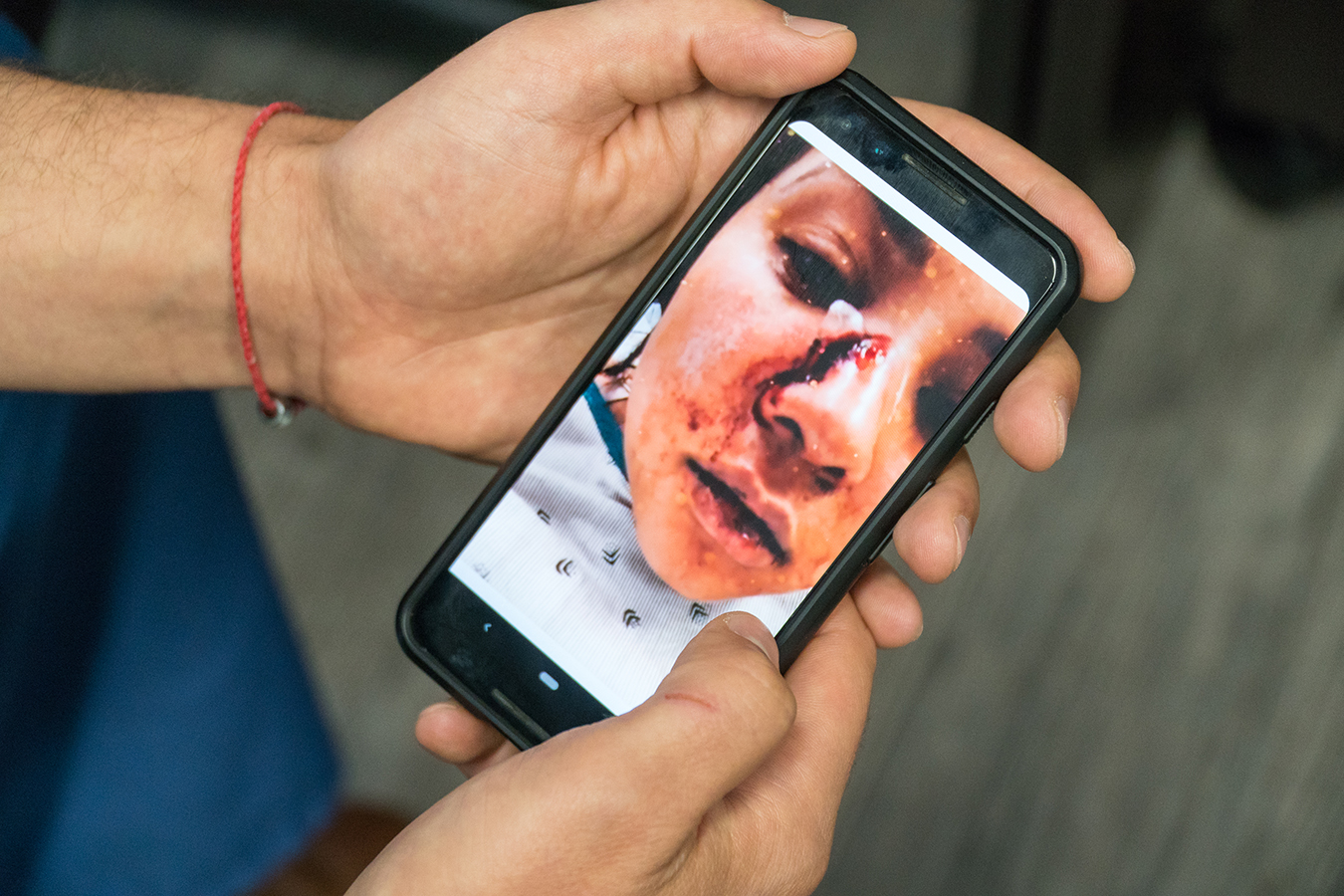 After he offered assistance via Instagram, Dr. Amir Moarefi received thousands of messages and pictures like this one from injured protesters asking for help. He mostly gives medical advice via text. (Jackie Fortiér/LAist)

Health Care As A Form Of Protest

Treating protesters is the ophthalmologist’s mode of protest against racial injustice and a health care system that he said doesn’t treat people of color equitably.

“The feeling of injustice is what this is all about. And this is just more little bits of injustice that people are feeling if they’re peacefully protesting, and they’re getting hurt,” Moarefi said.

The large number of reported injuries during the protests, including among KPCC/LAist reporters, has led to demands for law enforcement to stop using less-than-lethal weapons at mass gatherings.

A coalition of community activists and civil rights lawyers called on the L.A. Police Commission to ban their use against protesters. A spokesperson for LAPD declined to comment on the demands.

In a statement, the LAPD said the department is looking into allegations of misconduct and use of excessive force against protesters. The department said it has assigned 40 investigators to the task, and reported a total of 56 complaint investigations, 28 of which involve alleged uses of force.

If the demonstrations continue, Moarefi and a group of 11 doctors, nurses and EMTs plan to take medical kits and treat people right on the street.

“When I put my head down and I got my pillow at night, I want to know that I’ve done everything that I can to help support a cause that I believe in,” he said.

This story is part of a partnership that includes KPCC, NPR and Kaiser Health News, an editorially independent program of the Kaiser Family Foundation.

Injured And Uninsured, Protesters Get Medical Aid From LA Doctor