At issue was a tax on the state’s Medi-Cal managed care insurers that federal officials said must end by mid-2016, jeopardizing more than $1 billion in federal Medicaid dollars. As of late last year, state lawmakers had been unable to come up with a replacement for the tax that the state’s health plans  could support and that could pass federal muster.

But administration officials appear to have reached a tentative agreement on a revamped tax with some of the state’s largest health insurers, said Anthony Wright, executive director of Health Access, a Sacramento-based consumer advocacy group, who was informed about the negotiations.

The arrangement would create a new, broad-based health plan tax that would be offset with reductions in corporate and gross premium taxes, Wright said.

During a press conference Thursday, Brown described the proposal as complex. “I couldn’t explain it to you if I wanted,” he said.

The tax proposal must be approved by a two-thirds majority of state lawmakers during an ongoing special legislative session on health care that was ordered by Brown last year.

The state’s health insurance lobby issued a statement saying that it appreciated the administration’s efforts to come up with a fix. The group is “analyzing and crunching the numbers” on the new proposal, according to a written statement from Charles Bacchi, president and CEO of the California Association of Health Plans.

Consumer advocates were pleased. “We’re glad that there’s momentum to retain this revenue stream so that we don’t see a billion dollars in [health] cuts,” Wright said. “We’re already living with recession era cuts that have yet to be restored.” 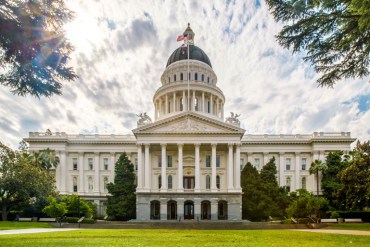 The governor’s proposed budget  anticipates spending more than $85 billion in state and federal money on the state’s Medi-Cal recipients, estimated to include 13.5 million Californians in 2016-2017. That’s  more than a third of the state’s population.

California is one of the states that chose under the Affordable Care Act to expand  its Medicaid program, known as Medi-Cal, to adults  with incomes up to 138 percent of the federal poverty level.

The preliminary budget also earmarks $182 million in state and federal dollars to providefull Medi-Cal benefits to undocumented children for the first time, starting in May. About 170,000 children under age 19 will be eligible. Children’s advocates had been concerned that this move, required by a state bill passed last year, would be postponed until the Medi-Cal managed care tax problem could be resolved.

“We look forward to working with the  administration to move full-speed ahead to ensure that all children in California have the health coverage they need to survive and thrive,” said Alex Johnson, executive director of the Children’s Defense Fund-California.

If the proposed health plan tax deal is approved, the governor expects to restore a 7 percent cut in services for people receiving in-home supportive services for the aged and disabled.

The tax deal would also assure that a controversial statewide experiment in coordinating care for seniors receiving both Medicare and Medi-Cal continues for another year. The Cal MediConnect program, as it’s known, has faced high drop-out rates among participants. Critics say it doesn’t save money or improve care.

“If we are not successful [with a tax deal], we won’t be able to do what we want to do,” said California Health and Human Services Secretary Diana Dooley in a teleconference Thursday. “But we are cautiously optimistic.”