There’s a hot pink suitcase on the floor of Shariah Vroman-Nagy’s bedroom. The 18-year-old is packing for a trip to Disneyland, one of several she takes with her family every year.

“Let’s see, I need a hairbrush,” she said, moving past the collection of Mickey Mouse ears on her dresser, glancing at the inspirational quotes from Marilyn Monroe on the wall.

The lyrics to a song called “Smile” hang in a frame over her bed.

“My mom made me that when I was struggling,” said Vroman-Nagy, “because that’s the song that I would listen to. Michael Jackson did a version of it, which I love.”

When she feels her depression creeping in, she sings it to herself.

Smile, though your heart is aching
Smile, even though it’s breaking
If you smile through your tears and sorrow
Smile and maybe tomorrow
You’ll see the sun come shining through, for you.

Three years ago, it was in this room, lined with porcelain dolls and stuffed animals, where Vroman-Nagy tried to kill herself. She was 15, a freshman in high school.

“Everything piled up, piled up, piled up until I just couldn’t handle it anymore,” she said. “So I had my anti-depressants and I took a handful of those. But then I thought better of it, and I told my mom. She took me to the emergency room.”

There’s no adolescent psychiatric hospital in Redding, the small city in far northern California where Vroman-Nagy lives. So she was taken from the local ER to a hospital in Sacramento, an hour and a half drive to the south. She was there for eight days.

The doctors diagnosed her with bipolar disorder. They wanted to keep her longer but told her the insurance company wouldn’t cover it.

“I didn’t feel like I was ready because I had just been put on new medications,” she said. “In the past I’ve had reactions to medications, and some have not worked. So I wanted to wait and stay for observation a little bit longer.”

Vroman-Nagy is among many patients, young and old, who feel they were sent home too soon. Since 2010, the state received almost 900 appeals from patients saying their insurer unfairly denied inpatient mental health treatment, according to data from the Department of Managed Health Care, the main health insurance regulator in the state. The department overturned 47 percent of those decisions. 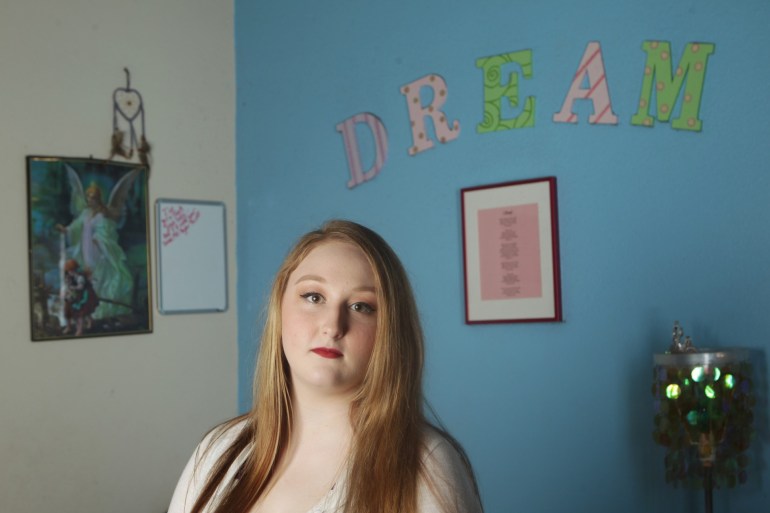 Shariah Vroman-Nagy in her bedroom in Redding, Calif. (Andreas Fuhrmann/KQED)

The insurer in Vroman-Nagy’s case, Anthem Blue Cross, declined a request for an interview. In a statement, the insurer said it is “committed to providing access to high quality and affordable health care, including mental health care.”

In general, insurers are allowed to deny coverage for treatments they determine that are not “medically necessary.” Though based on evidence-based clinical standards in both mental and medical care, medical necessity has become a key battleground for mental health advocates.

The advocates say insurers are able to deny mental health treatments more often than other medical treatments, because it’s harder to prove when mental health care is medically necessary.

Determining the best treatment for depression, bipolar disorder, or anxiety disorders relies heavily on what patients report, so it can be difficult to demonstrate how ill a person is.

“So, it’s easier to deny care for mental health than it is for things we’ve got physical evidence for.”

Running Up The Credit Card

After Vroman-Nagy went home, the hospital helped her find a therapist to continue her treatment. But Anthem Blue Cross, said the therapist wasn’t part of its network, she said.

“We spent quite a long time with the insurance company battling them trying to get them to cover visits,” Vroman-Nagy said.

Anthem wanted her to see someone on its list of approved in-network providers, Vroman-Nagy said. At the time, that was six people, reflecting a scarcity common in rural parts of the country. When Vroman-Nagy called, she said, they either told her their schedules were full or they were retired. So Vroman-Nagy decided to stick with the out-of-network therapist.

Her father, Tom Nagy, supported the decision. “Because at that point, I’m mean you’re talking possible life and death issues,” he said. “That was my approach, to pay for it. Run up the charge cards.”

He said he ended up paying thousands of dollars out of pocket. Nagy is a teacher, and his wife is a nurse. They couldn’t afford to keep doing that. 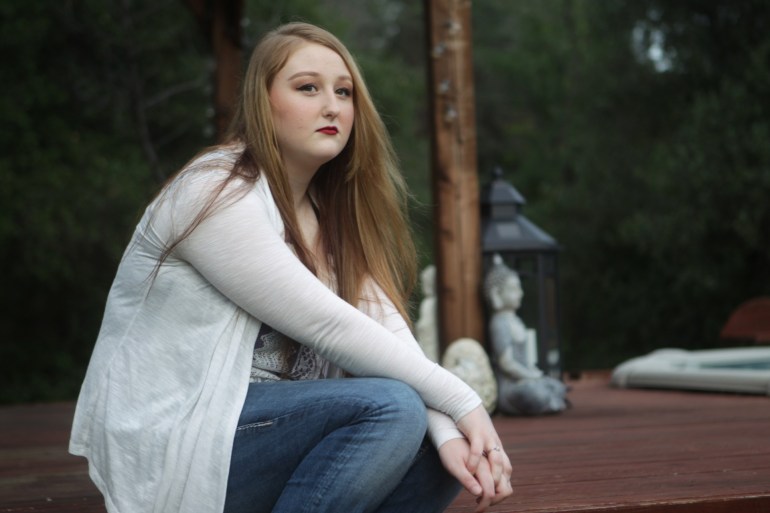 By law in California, insurers are required to make special arrangements for patients to see an outside therapist if there are none in the plan, and they have to provide the care at the same copay or coinsurance as an in-network clinician. They can’t charge extra.

It’s unclear why Tom Nagy didn’t get that help. He said he had to fight and fight with the insurance company before finally being reimbursed.

He went through “two or three denials,” then filed an appeal with Anthem, he said. That was also denied, so he filed a second appeal.

“It was literally a yearlong process,” he said. “As a parent, it’s hard enough to deal with these situations and be supportive, but then you get the whole financial thing, it just adds a whole other layer. It’s frustrating.”

Psychiatrist Keith Humphreys said it’s rare to see someone keep up a fight with an insurance company as long as Nagy did.

“It’s the easiest fight in the world to win for an insurer,” Humphreys said.

Most people would have given up long before, he said. Take someone with depression who has trouble concentrating or can’t get out of bed.

“Now you’re demanding that I fill out eight pages of forms?” Humphreys said. “It’s canted heavily against the people wanting the services, by the nature of the condition.”

In its statement, Anthem suggested it wants to do all it can to help people get the mental health care they need. It said has a variety of resources to help people find the best provider for them, including an online listing of available mental health providers, and customer service staff who can help with a search.

The company said it also had launched a new online psychology service earlier this year, called LiveHealth Online Psychology, so patients who live in rural areas where it can sometimes be hard to find a clinician, could “talk face-to-face with a licensed therapist or psychologist through high-definition video on your smartphone, tablet or computer with a webcam.”

Aiming To Become A Therapist

It’s Shariah Vroman-Nagy’s spring break from college, and the preparations for the family trip to Disneyland continue. She said she really needs the vacation.

“They call it ‘the happiest place on earth,’ and I really do feel that it makes me happy when I go,” Vroman-Nagy said. “I’m glad we get to go this week because I have been having a little depression going on.”

She and her parents run some errands before they leave town, including a stop at Walmart to stock up on snacks for the nine-hour drive.

“I have a question,” Vroman-Nagy said to the cashier. “You used to have Mickey Mouse shaped cheese. Do you not carry it anymore?”

In the car, the radio is primed with a series of Disney soundtracks, from Tarzan to Beauty and the Beast — songs she can sing to.

Overall, Vroman-Nagy is doing much better. She works part time at the local In-N-Out Burger and is training to volunteer for a suicide hotline. She’s also studying music and psychology at the local junior college, planning to become an adolescent therapist one day.

But first, she’d like to be a character singer at Disneyland.

“I would love to be in their entertainment,” she said, imagining herself dressed as a princess, singing and dancing. “That would be my dream.”

Lessons In Frustration: A Quest For Therapy In Rural California