Ivana Russo submitted her application for a California nursing license on April 22, nearly a month before she graduated from a nursing program at Brightwood College in San Diego. She expected it to take 10 to 12 weeks for the state to process her paperwork and authorize her to take the licensing exam.

As of early August, 15 weeks later, the licensing board still had not reviewed her file and could not tell her when it would. Russo called the agency, often, to ask about the status of her application. It was hard to get a staff member on the phone. When she did, she said, “Every time I got a different story.”

State officials claim that hiring new nurses is a crucial workforce concern for California, yet at least 2,000 recent nursing graduates like Russo remain in licensing limbo, with their applications taking as long as 24 weeks for the Board of Registered Nursing to process.

Experienced nurses from other states who apply for California licenses also wait months for the go-ahead to work.

The delay is a major inconvenience for the nurses who want jobs and a hassle for the hospitals that want to hire them. And critics say at least some of the problem stems from the flawed $96 million implementation of a computer system called BreEZe which, as its name suggests, was intended to streamline professional licensing.

Patricia McFarland, CEO of the Association of California Nurse Leaders, an advocacy group, described the computer system as poorly conceived and inefficiently deployed, citing it as a significant contributing factor in the delays. Moreover, she said, the licensing board doesn’t have a big enough staff to handle the volume of license applications it receives.

“We can’t license our graduates,” McFarland lamented. “Nurses want to retire, they want to train the next generation. We have hospitals investing in residency programs and they can’t start the new nurses they want to hire. At the end of the day, who’s suffering? Our nurse graduates and our patients.”

Veronica Harms, a spokeswoman for the nursing board and for the Department of Consumer Affairs that oversees it, said the department had resolved early glitches with the new computer system. But she acknowledged that the system is still labor-intensive and time consuming, and she agreed more staff is needed to speed the licensing process.

Harms said that the board’s new executive officer, Joseph Morris, who started July 10, “has acknowledged the backlog of applications and is determined to work with [the department] in finding long-term solutions.”

The nursing board is responsible for licensing the state’s more than 417,000 registered nurses, or RNs. It conducts background checks, verifies educational bona fides and authorizes nurse graduates to take the National Council Licensure Examination, or NCLEX, which candidates must pass to get their nursing license. In fiscal year 2015-2016, the board issued 23,743 licenses, more than half to new nurses.

This year’s delays are not the first at the board, which suffered a slowdown in 2014 after it and nine other state licensing agencies adopted the “off-the-shelf” BreEZe system. Once launched, the system malfunctioned, upending workflow and creating more tasks for staff.

We have positions for them, but we can’t let them in without licenses in hand.

A February 2015 report on the system by the California State Auditor concluded that the consumer affairs department “failed to adequately plan, staff and manage the project for developing BreEZe.” The audit recommended that the nursing board analyze its application process to determine its need for additional resources.

But McFarland, of the nurse leaders’ association, said the state audit was a “game of dodge ball” in which the consumer affairs department and state IT leaders refused to accept responsibility for a real fix.

The audit showed that most of the 10 state boards that implemented BreEze in 2014 were “generally dissatisfied” with it. All 10 were unhappy with the system’s reporting capability, and eight of them said the system actually made their operations less efficient.

Today, BreEZe is used by 18 state boards, bureaus and committees, including the Medical Board of California, the Dental Board and the Board of Behavioral sciences.

The nursing board reports on its website which applications it is currently reviewing — but only by dates received, not by name. Applicants cannot click to find out where their individual applications stand in the process or how much longer they should expect to wait. And the website warns that “contacting the Board for application status while within these timeframes may cause processing delays.”

As of Aug. 8, the board was processing applications filed between March 16 and March 31, according to the website. Nursing graduates said it seems to have been working on March applications for some time.

On July 27, Russo asked if showing up in person might help expedite her case. The worker on the phone said she didn’t think so.

“I’d drive eight hours up to Sacramento if it meant I could move this forward even one week faster,” Russo said. Promising offers come and go, she said, but she can’t start a job until she has her license.

She said she had to withdraw or cancel interviews with a subsidiary of Rady Children’s Hospital-San Diego and the Center for Discovery La Jolla, a residential treatment facility.

Other nursing grads are also feeling confused and frustrated as their job searches get mired in the state’s licensing logjam. 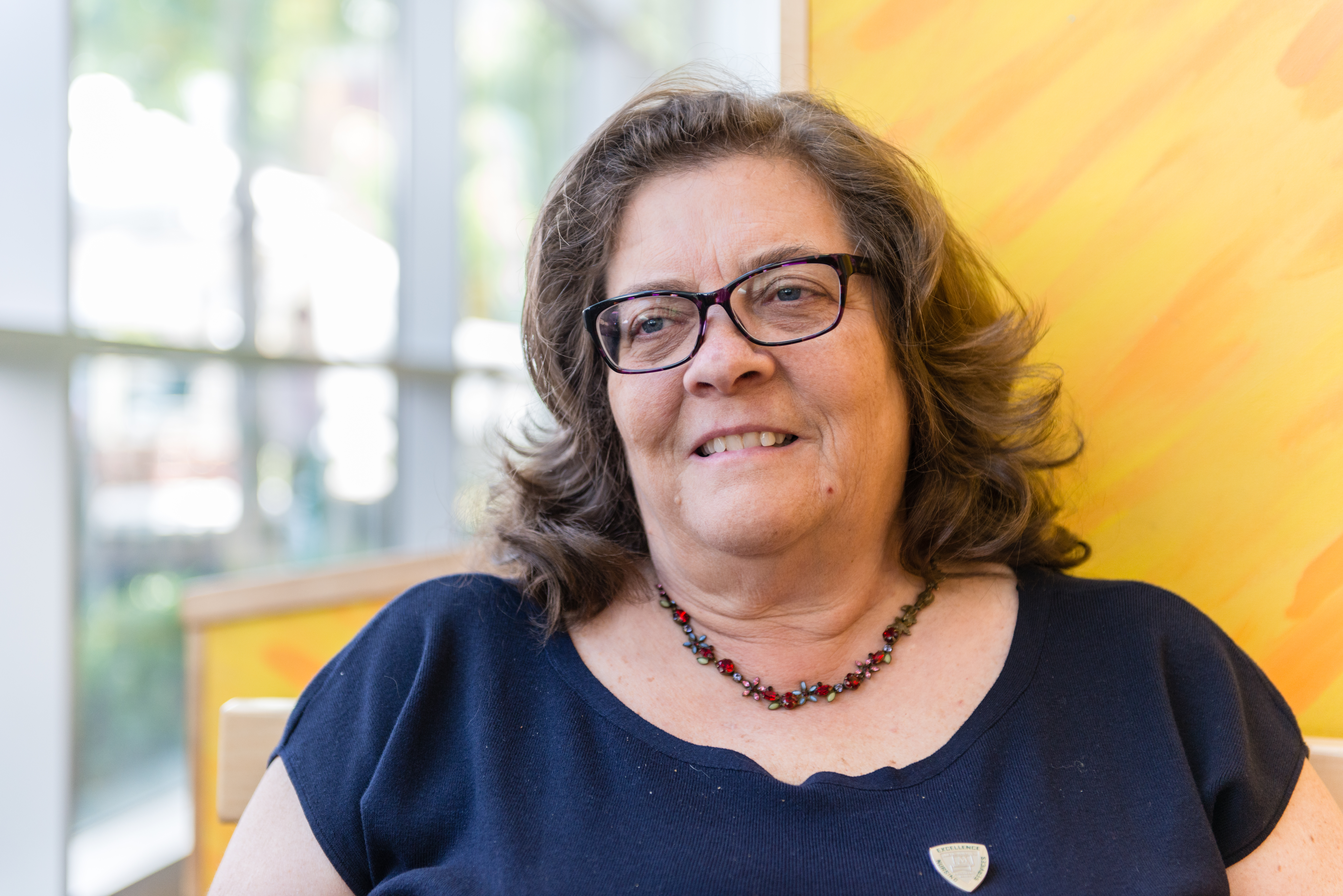 Lara Golden, who recently earned a Master of Nursing degree from the University of Virginia, applied for her California license on April 13. She had postal receipts, but when she called the board in June they couldn’t find her paperwork. So she flew from Virginia to California to submit a second set of fingerprints in person. Seven weeks and many phone calls later, Golden is still uncertain when her application will be reviewed.

Fremont resident Angel Li received her bachelor’s degree in nursing from Washington State University in Spokane in May. She submitted an application to the nursing board on March 15. After hearing nothing for 12 weeks she, too, started calling the agency.

“I kept waiting and waiting and calling back, which is not an easy task,” she said. “Sometimes they just hang up due to the high call volume.”

In May, Li said she had a promising interview for a pediatrics position at a Southern California hospital. The manager wanted to hire her, but said she couldn’t move ahead until Li had a license.

Golden is supposed to start a residency program at a UC hospital but fears she won’t have her license in time.

“I have people calling me crying,” said Kathy Harren, regional chief nursing officer at Providence Health and Services, Southern California. “We have positions for them, but we can’t let them in without licenses in hand.”

Nancy Blake, critical care services director at Children’s Hospital Los Angeles, said that as of Aug. 9, 22 nurses out of the 57 her hospital has hired for its nursing residency program, which starts September 26, still had not been cleared by the nursing board to take the licensing exam. Under normal circumstances, only two or three candidates would not yet have taken the test by this point in the summer, she said.

Blake, who hit roadblocks while renewing her own license earlier this year, worries that young nurses will get discouraged — and that hospital staffing will suffer. “A lot of the boomers are retiring,” she said. “I believe we’re on the cusp of a nursing shortage.”

A 2014 survey by the state nursing board acknowledged as much, reporting that nearly half of California’s nurses were over 50 and that many younger nurses were having trouble getting work. It is “essential that recently graduated RNs find employment opportunities so they are prepared to take on the roles of retiring RNs,” the report urged.

Susan Odegaard Turner, founder of Turner Healthcare Associates, a consultancy in Thousand Oaks, said California now has more of the newly trained nurses it needs but still has not solved the problem.

“We got more nurses. But now they can’t get their license,” Turner said. “This is a different kind of shortage. We’ve produced them, but they’re not working.”