Hospitals in Missouri are grappling with a new state rule that forces them to choose between providing abortions for women in high-risk situations or receiving family planning funds for low-income women.

The policy could affect women like Robin Utz, 37, who had struggled with infertility for years. After two rounds of in vitro fertilization, she finally became pregnant.

But at a routine 20-week ultrasound, the nurse fell silent and said she needed to bring in the doctor. The baby had developed polycystic kidney disease, and the baby’s kidneys weren’t working, the doctor told the couple.

“There was therefore no amniotic fluid and without amniotic fluid she would never develop lungs,” Utz said. “I asked what her chances were, and they said there weren’t any.”

Utz and her husband had to make a decision: terminate the pregnancy or wait until she gave birth. Most likely, doctors said, her baby would be stillborn.

“We just felt so strongly that allowing her to be born, to immediately suffer,” Utz said tearfully, “was so inhumane.”

Utz terminated her pregnancy at Barnes-Jewish Hospital in St. Louis. Generally, higher risk abortions — for example when a mother’s life is in danger, or there is a severe fetal anomaly — are done in hospitals.

Utz’s care was paid for by insurance. But a new Missouri law, aimed at Planned Parenthood, cuts off a line of funding to all organizations that provide abortions in the state, including hospitals.

For years, Missouri has helped low-income women pay for family planning — but not abortion — under a Medicaid program called Extended Women’s Health Services. It is funded by both the state and the federal governments.

Other states, including Texas, Arkansas, Mississippi and Indiana, have tried to exclude abortion providers from Medicaid funds before, but courts have said that would violate a federal law that gives patients the right to choose their health care providers. Missouri hopes to get around that by rejecting the federal money. The rule has not been challenged in court.

To make up for the lost federal funds, the state is increasing its own funding of women’s health services for low-income residents. Under the new measure, Missouri will spend $8.3 million to create its own program in place of the federal program it has opted out of.

The state government is also trying to determine exactly which providers perform abortions. It has sent about 500 letters to hospitals, obstetricians, gynecologists and clinics with a form that requires the providers to attest that they do not provide abortions.

So far, more than 300 providers have signed the form and will continue to get state funds, according to the Missouri Department of Social Services. Those who do not sign it will no longer be eligible for state funds for women’s health services. 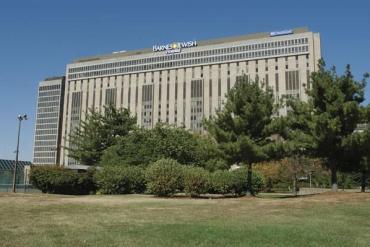 The services at Barnes-Jewish Hospital are not likely to change under Missouri’s new rule. But other organizations may not continue to provide abortions under the new funding restrictions.

Washington University, which employs physicians at Barnes-Jewish Hospital and other facilities, chose not to attest.

“The new restriction … will not alter the health-care services provided by Washington University physicians,” wrote university spokeswoman Diane Duke Williams. “We remain committed to providing the full range of reproductive health-care services to our patients, including pregnancy testing, pelvic exams, breast and cervical cancer screenings, and abortion services to address specific therapeutic needs, such as a mother’s health being at risk or for fetal anomalies.”

The rule, which was passed as part of last year’s state budget, does appear to include an exception for organizations that provide abortions to save the mother’s life.

But that language is restricted to the budget’s preamble, and hospitals say the language is still unclear. As a result, Missouri’s hospital association is counseling its members not to bill the state program for any family planning services if they provide abortions, including procedures to save the life of the mother, or cases of rape or incest.

Like similar measures curbing funding to abortion providers in other states, Missouri’s measure was originally introduced in the wake of videos purporting to show the sale of fetal tissue by Planned Parenthood employees in Texas.

A grand jury in Texas found no evidence of wrongdoing by Planned Parenthood and instead indicted two people who recorded the videos for tampering with a government record and illegally offering to purchase human organs. Those indictments were later dismissed on technical grounds, but California prosecutors charged the same filmmakers with 15 felonies last week.

After the videos were released, Missouri Rep. Robert Ross (R-Yukon) moved to cut all funding to organizations in the state that provided abortions.

“Simple amendment,” he said on the floor of the Missouri House of Representatives in March 2016. “This stops your tax dollars from being used to fund abortions.”

Several Missouri House Democrats questioned Ross, including Democratic Rep. Michael Butler of St. Louis, with whom he had the following exchange:

Butler: “Answer this for me. If women have complications through pregnancy, and they don’t have a primary doctor, where do they go?”

The measure passed. Ross has not returned requests for comment.

This story is part of a partnership that includes St. Louis Public Radio, NPR and Kaiser Health News, an editorially independent program of the Kaiser Family Foundation.