In Maryland, Carmela Coyle is known as a reformer.

During her tenure as president of the Maryland Hospital Association, she helped establish a first-of-its kind state program that capped hospitals’ yearly revenue — a counterintuitive move for a leader in an industry anxious to defend its bottom line.

But here in California, just eight months into her new job as president and CEO of the California Hospital Association, Coyle, 57, has already helped defeat a legislative effort to cap the amount hospitals are paid for medical procedures. And she did so with “scorched earth” vigor, said Anthony Wright, executive director Health Access California, a consumer advocacy group.

Coyle told the Assembly Health Committee in April that if the proposal were adopted, “60 percent of hospitals in the state of California would be operating … at a loss,” and hospitals would close.

The 400-member California Hospital Association is a heavyweight in the state Capitol. Since the beginning of 2017, the trade group has spent $3.3 million dollars to influence policymakers, more than any other health business or association.

When Coyle took the helm in October, she brought almost 30 years of experience representing hospitals in Maryland, and in Washington, D.C., for the American Hospital Association before that. 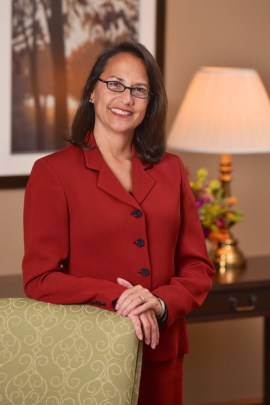 “California really needed a strong leader,” Coyle told California Healthline. “At the end of the day, surprise! It was me.”

In Maryland, Coyle earned a reputation for being collegial —but tough.

“She’s the kind of person you can disagree with on one issue, and work with on another at the same time,” said Joshua Sharfstein, a professor at the Johns Hopkins Bloomberg School of Public Health. Sharfstein, the former secretary of Maryland’s Department of Health and Mental Hygiene, worked with Coyle to implement the state program that capped hospital revenues.

The program, launched in the late 1970s, regulated the cost of hospital medical procedures by setting rates. Under the system, the state determines how much is paid to hospitals by private insurers, uninsured patients and public programs such as Medicare and Medicaid.

In 2014 — with the support of Coyle and Maryland hospitals — the state went a step further and capped the total revenue hospitals take in each year. Since then, the program has saved taxpayers and insurers hundreds of millions of dollars as hospitals try to keep patients away by making them healthier, according to a recent analysis of the program.

Coyle said a rate-setting system could be possible in California, but not the one that she helped kill last month. That legislation, AB 3087, would have created a state agency to set the rates that private insurers pay doctors, hospitals and clinics for procedures. It would not have regulated the rates paid by the public insurers Medi-Cal, California’s Medicaid program, and Medicare.

But unions in the Golden State don’t expect Coyle to rally hospitals behind any rate-setting proposals.

“The hospital industry has to decide that it wants to change, and that it wants to be part of making care less expensive, not increasing the expenses,” said Dave Regan, president of SEIU-UHW, which represents almost 100,000 service and health care workers at hospitals statewide. “There is no sign that they want to do that.”

California Healthline sat down recently with Coyle to discuss her views on controlling hospital prices and other issues. The interview was edited for length and clarity.

Q: Why did you find the rate-setting bill so threatening?

It was just a big, bad bill for the health of Californians.

This bill would have set prices only for the commercially insured population. What that does is completely ignore that the Medicare program pays about 22 percent less than cost. And the Medi-Cal program for low-income individuals pays even further less than cost, about 34 percent. You can’t pull down commercially insured rates unless you increase the Medicare and the Medi-Cal rates.

Q: The legislature is likely to consider that bill again next year. Could it be tweaked so that the hospital association would support it?

No, and I don’t know that it will be picked up next year. As the bill author and as many of the supporters have said, their real desire is to have a conversation about the affordability of health care in California. That’s a conversation that we not only want to be a part of, but we are happy to lead.

Q: You said in a previous interview that you support the concept of insuring all Californians. What measures would the association support to get there?

We’ve got about 3 million Californians yet to cover … and we ought to support providing them with the coverage they need. We have to work on lifting the amount of income you can have while still receiving subsidies that reduce the cost of your premiums.

Q: Two bills in the legislature would expand Medicaid to unauthorized immigrant adults between the ages of 19-25 and those 65 and older. What is your position on doing that?

We treat everyone, documented or undocumented. They are in our states and our hospitals’ emergency departments. It is always better if somebody has a full package of coverage so that we can deal with their health needs earlier rather than later. … It’s always a debate about where the state should spend its dollars.

Q: Research shows a correlation between hospital mergers and higher health care costs. California Attorney General Xavier Becerra recently filed a lawsuit against Sutter Health related to this. Do you think hospital consolidation is a problem?

I worry that many are taking a too simplistic view of consolidation. There are also studies that say it has the effect of lowering the cost of care and creating efficiencies and creating the scale that is needed for hospitals to be both efficient and continue to maintain quality and safety.

So there are probably arguments on both sides. I know the attorney general’s action makes a series of allegations, but I think they are [just] allegations until we get an opportunity to really take a closer look.

Q: Do you support government scrutinizing the mergers more closely?

Q: The hospital association didn’t take a position on the single-payer bill that faltered in the legislature last year. What’s your view?

The single-payer approach is one that doesn’t make sense for a couple of reasons. It had a $400 billion dollar price tag, and moving to single-payer would require employed individuals to give up their coverage. I think many people are happy with their coverage. We need to create stability in this health care market. And trying to pull all of this into a state-based system would have created tremendous fiscal challenges for California.