Drug treatment providers in California and elsewhere have relied for decades on abstinence and therapy to treat addicts. In recent years, they’ve turned to medication.

Faced with a worsening opiate epidemic and rising numbers of overdose deaths, policymakers are ramping up medication-assisted treatment. 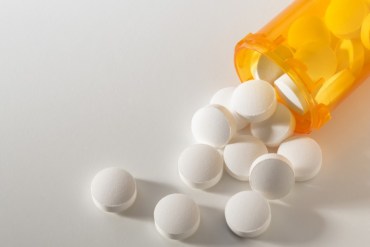 President Barack Obama last week said he’d allocate more money for states to expand access to the medications. He also proposed that physicians be able to prescribe one of the most effective anti-addiction drugs, buprenorphine, to more patients.

California already plans to expand access to medications as it launches an overhaul of the state’s substance abuse treatment system for low-income residents. The state recently embarked on a five-year demonstration project on the premise that addiction is a chronic disease and should be treated as such.

While medication is not for everyone, it can be critical for some people with severe addiction, said Marlies Perez, chief of the substance use disorder compliance division for the state Department of Health Care Services. The medications, she said, “have been proven as the gold standard for really helping people recover.”

The best-known medication, methadone, blocks the effect of certain drugs and lessens withdrawal symptoms. It is highly regulated and can only be prescribed by clinics that have government approval. Buprenorphine, which can be prescribed in doctors’ offices, produces mild opioid effects while also easing withdrawal symptoms. Another medication available by prescription, naltrexone, blocks the effect of opioids.

The medications are available across the country but must be prescribed by physicians with special training. There are only about 30,000 authorized doctors nationwide, and they can only prescribe to a limited number of patients.

Obama’s proposal would allow qualified doctors to prescribe buprenorphine to 200 patients, up from 100.

That could make a big difference in California, Perez said. The state is also trying to better link treatment centers with trained prescribing doctors so that physicians can consult with one another on treatment options for their patients. “Not all physicians, even in the substance use field, have that clinical knowledge,” she said.

The use of medication in treatment conflicts with the 12-step and Narcotics Anonymous philosophy of addiction recovery, which is based on abstinence, experts said. For many, experts said, simple abstinence doesn’t work.

“You would hope that just by talking to somebody, they could get rid of their problem with drugs,” said James Sorensen, a University of California, San Francisco professor and interim director of the substance abuse and addiction medicine program at Zuckerberg San Francisco General Hospital. “The reality is, that is simply not efficient, so we look for other tools.”

We need to make available to them every possible option.

Medication is one of the most successful, evidence-based treatments available, and more access should have a big impact on those with substance abuse disorders, said John Connolly, deputy director for substance abuse prevention and control for the Los Angeles County Department of Public Health. But, he cautioned medication should be used alongside more traditional treatment methods.

“The medication has tremendous effect, but it is most impactful when it is prescribed with the necessary counseling and social supports,” he said.

Stephen Kaplan, director of behavioral health and recovery services for San Mateo County, said the county has increased its use of medication. About two years ago, the county began a pilot project to prescribe naltrexone to people with severe alcoholism who hadn’t been successful in traditional treatment.

The medication reduced people’s cravings and drinking, Kaplan said. The county recently began expanding the project to include people with opiate addictions.

Kaplan said he respects providers who believe that replacing one drug with another is not true recovery. But from a policy standpoint, Kaplan said, the medications are effective and should be more integrated into overall recovery for people with substance abuse disorders.

“We need to make available to them every possible option,” he said.

Perez of the state Department of Health Care Services said she believes that Obama’s focus on the opiate epidemic — and his recognition that it is a disease and not a moral failing — helps reduce the stigma.

“That makes a huge difference in folks coming forward and looking for treatment,” she said.