The agency’s health benefits committee will discuss the challenge of rising drug costs at its regular meeting on Tuesday, and it will convene a special panel in January to discuss ways to address the problem.

CalPERS, which manages health care for 1.4 million active and retired public-sector workers, spent almost $2.2 billion on pharmaceuticals in 2016, an increase of 40 percent since 2011. The rise is being driven largely by the high price of specialty drugs, according to an analysis released by the agency this week. 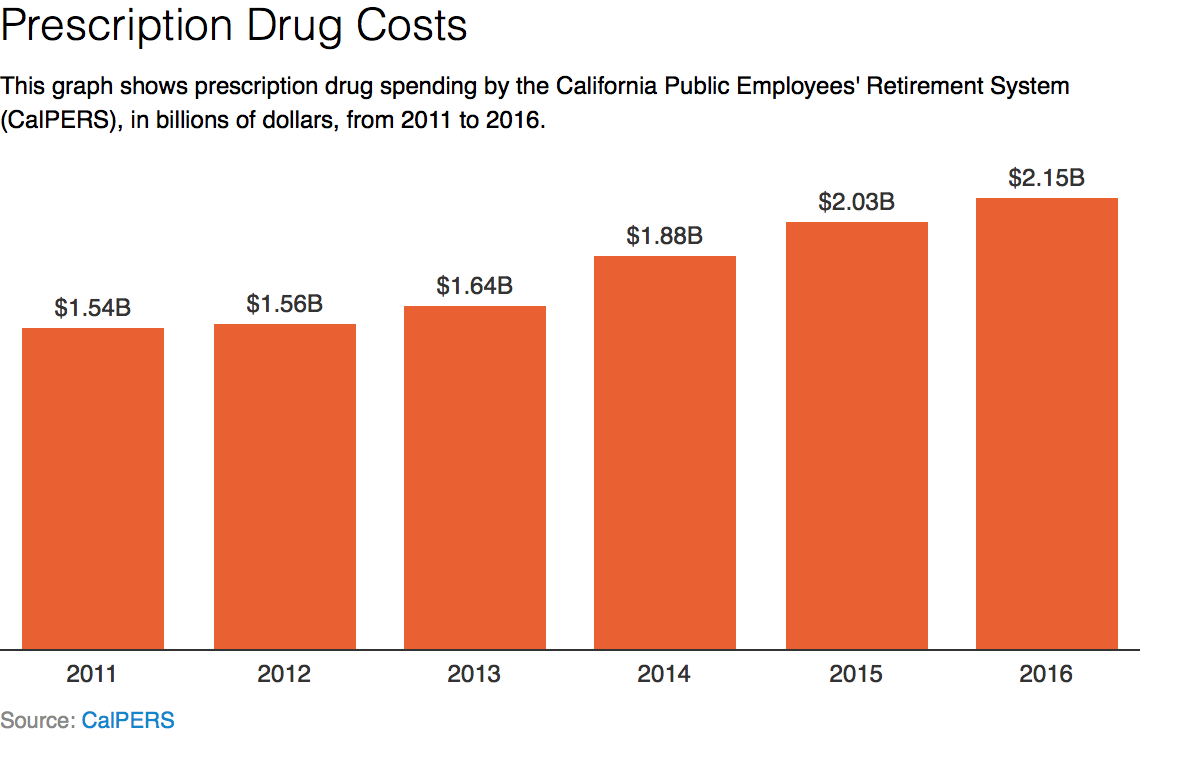 Growth in CalPERS’ enrollment and in the number of overall prescriptions it covers may account for a small part of the increased spending, said Dr. Richard Sun, the agency’s chief of clinical programs.

Last year, specialty drugs for illnesses such as hepatitis C, rheumatoid arthritis and multiple sclerosis accounted for roughly 30 percent of CalPERS’ total pharmacy spending, even though they amounted to about 1 percent of prescriptions. This rising cost curve is a strain on prescription benefits managers at the agency, who say they’re trying to minimize the financial burden on their enrollees.

“That’s the challenge we’ve been struggling with,” said Melissa Mantong, a pharmaceutical consultant at CalPERS. “We are very sensitive to not cost-shifting to our members.”

CalPERS’ prescription drug managers say they’re already using strategies to keep costs down. A few years ago, for example, they started asking members to pay the additional cost for a brand-name drug when a generic equivalent was available.

The public employees’ health coverage system has also introduced rules that require patients to try a lower-cost therapy before switching to a higher-cost one.

CalPERS’ pharmacy staffers say they aggressively steer consumers toward lower-cost generic drugs. However, the opportunity to save money with generics seems to be “leveling off,” Mantong said. Generic use by CalPERS enrollees already hovers around 85 percent of total prescriptions, and many specialty drugs do not have generic alternatives, CalPERS experts say.

“At some point, eventually, the taxpayer is responsible for these costs,” said Sun, the clinical programs chief. “So if pharmacy expenditures continue to rise, there will be a collective impact on society.”

Health care premiums for CalPERS members are funded by employee and employer contributions — the latter subsidized in part by California’s general fund.