California lawmakers on Tuesday pushed forward compromise legislation that would transform how the state’s most medically fragile kids receive care.

Parents and advocates said they could support the most recent version of the bill after its author Sen. Ed Hernandez (D-West Covina) and his staff made changes to better protect the quality of care for children with special needs.

The Assembly Committee on Health voted 18-0 in favor of the bill, which will now move to the Assembly Appropriations Committee.

The bill was crafted to guide the Department of Health Care Services in its plan to change California Children’s Services (CCS) — which provides care to the state’s most medically vulnerable children — into a Medi-Cal managed care program. The switch is intended to better streamline care, according to DHCS. 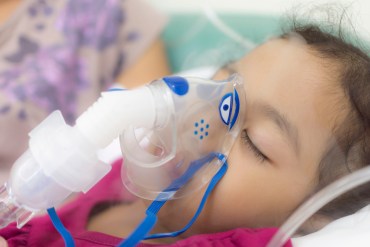 Children in the 89-year-old program, who live with serious chronic conditions ranging from hemophilia to cerebral palsy, would be moved into managed care plans. Parents had feared this transition would mean that their children would not receive critical treatment and medical supplies in a timely way, or that they would lose access to specialists.

One concession to parents in the revised bill is that the department would roll out the transition slowly, starting with 25,000 children in 21 counties by July 2017. It would ultimately affect 190,000 children up to age 21. The transition for all children in the program would not be completed until January 2021 at the earliest.

“We’re moving to managed care because we see where the rest of the population is going and we need to be consistent with health care reform,” said the department’s director, Jennifer Kent.

The goal is to have one entity responsible for all of a child’s health needs, Kent said. The department calls this idea of centralized care the “Whole Child Model.”

“This is a strong bill that protects certain pieces of CCS while allowing the Whole Child Model pilot to go forward in some areas, and we will see if this does result in better care for kids,” said Kelly Hardy, senior managing director of health policy for the advocacy group Children Now.

“The idea that a child gets centralized care is great,” Hardy said. “We just want to make sure kids don’t lose the [medical] expertise, and that they have the continuity of care they need.”

Wendy Longwell, a resident of Shasta County, said she supports the revised version of Hernandez’s bill, because its safeguards might help some families avoid the hassles she has encountered with her son’s transition to managed care. When her son, Derek, turned 21 in May, he was bumped from California Children’s Services into Medi-Cal managed care because he exceeded the age limit for the program.

Derek deals with four major medical problems: hydrocephalus (accumulation of fluid in the brain), spina bifida, bladder and bowel dysfunction, and bilateral club feet. He’s had 43 surgeries and needs a wheel chair to get around.

The transition into managed care has been rocky, Longwell said, but she knew it was coming.

Longwell spends hours on the phone arranging for her son’s services — something she never had to do when he was in the CCS program, she said. Her concern now is for thousands of other families who may soon find themselves in a similar struggle.

At Tuesday’s health committee hearing, Longwell also suggested that DHCS hand over children’s records to health plans months in advance to make for a smoother transition to managed care.

If the transition into Medi-Cal managed care programs is inevitable, parents and advocates at least want protection that address some of their concerns, said Ann-Louise Kuhns, president of the California Children’s Hospital Association.

“We are concerned that without structure there will be nothing to guide the Department in this move into managed care,” Kuhns said. “The goal is to ensure these kids obtain the services they are getting now.”

The legislation prohibits the department from implementing the managed care program in any county until it has developed oversight standards for the health plans. It also requires an evaluation of the Whole Child Model after it is implemented in the initial 21 counties.

“We’re inching along in getting to a common place,” Kent said. “The [current bill] is a result of us having conversations with Senator Hernandez, staff and advocates.”