San Francisco has unveiled a tough anti-tobacco proposal that would ban the retail sale of menthol cigarettes and other flavored tobacco or tobacco-related products that are often the first choice of minority group members and teenagers who smoke.

Supervisor Malia Cohen, sponsor of the proposed ordinance, joined Tuesday with public health experts and community advocates to announce the measure, which she said goes beyond more narrow laws on flavored tobacco in cities such as Chicago, Berkeley and New York.

“The legislation I’ve authored is a full restriction on the sale of all flavored tobacco products, and that does include menthol. There are no exemptions,” Cohen said. This includes cigarettes, cigars, smokeless tobacco and e-cigarettes. 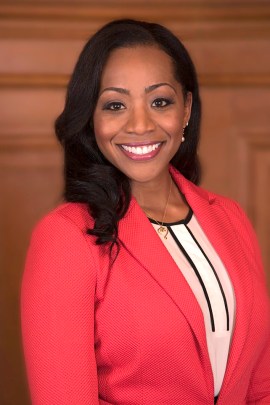 San Francisco Supervisor Malia Cohen sponsored the ordinance that would ban the retail sale of menthol cigarettes and other flavored tobacco products. (Courtesy of Malia Cohen)

The proposed ordinance is designed to address two major groups, youth and minorities, who have been targeted in successful, well-financed advertising campaigns that promote menthol cigarettes and flavored non-cigarette tobacco products. The products often attract African-Americans, Asian-Americans and Latinos, as well as teenagers.

San Francisco Mayor Ed Lee endorsed the proposal. “We know from research and studies that tobacco-related diseases continue to be the No. 1 cause of preventable deaths, especially among low-income and minority communities,” he said.

A similar measure is being considered in Oakland.

Cohen, who represents the predominantly African-American Bayview-Hunters Point district of San Francisco, said the ordinance grew out of her personal experience with family members who smoked menthol cigarettes and died of cancer, and her desire to spare San Franciscans a similar fate. “This is an evidence-based tobacco prevention strategy that will save lives and cut costs for taxpayers who are collectively shouldering the health care costs of tobacco-related illnesses,” she said.

“African-Americans don’t have a genetic disposition that makes them smoke menthol cigarettes,” said Dr. Valerie Yerger, an associate professor of health policy at the University of California-San Francisco. “It’s the result of a very conscious advertising campaign by the tobacco industry.” Menthol cigarettes are also preferred by a majority of Latinos and Asian-Americans who smoke, according to Randy Uang, director of tobacco prevention and control services at Breathe California, a Golden Gate Public Health Partnership.

Public health experts say restricting menthol and other flavored tobacco would improve health outcomes not only for the minority populations but also for teens. “Because flavors play such a key role in youth starting to smoke, restricting access to these products means that fewer youth will start smoking,” said Uang.

Flavors are popular with inexperienced smokers, he said, because they mask the taste of tobacco and decrease the irritating effects of nicotine.

E-cigarettes are now the tobacco-related product most commonly used by young people in the U.S., according to the CDC. It found that more than 8 in 10 youths ages 12-17 who vape said they use flavored e-cigarettes that taste like mint, candy or other sweets.

The San Francisco ordinance, if approved, would fill a gap in federal legislation that authorized the U.S. Food and Drug Administration to regulate tobacco. In 2009, the FDA banned “characterizing flavors,” such as candy, fruit and chocolate, in cigarettes. But, faced with tobacco industry lobbying, it stopped short of prohibiting menthol in cigarettes or flavorings in other tobacco-related products such as e-cigarettes, little cigars and smokeless tobacco.

Tobacco-control advocates, such as Yerger, have been pushing the FDA to ban menthol and other flavorings for years. “This ordinance didn’t happen overnight,” she said. “It’s been a very long process and part of that has been gathering evidence about the role of menthol in hooking kids at a very early age and the tobacco industry knowing that it has the ability to do that by manipulating the levels of menthol in their products.”

Cohen noted the tobacco lobby is strong in Sacramento and she’s expecting pushback from the industry. “I would imagine they will be fighting this legislation every step of the way,” she said.

If enacted, the tobacco ordinance would become effective Jan. 1. Enforcement would be the job of the Department of Public Health, which also would be responsible for educating retailers about the new restrictions.