Now, you might be sipping cocktails at an egg-freezing fête.

Judging from a recent event at a swanky Beverly Hills hotel, female fertility could be the next big thing in direct marketing.

About 20 women — and a few men — gathered this fall in the presidential suite of the Viceroy L’Ermitage in this famously upscale city to chat, drink wine and eat hors d’oeuvres while hearing about the possibility of freezing their eggs for future conception.

Some of the women said they hadn’t found the perfect partner and wanted to keep their fertility options open. Others said they were focused on their careers now and didn’t want to compromise their chances of having a family later.

All were willing to put aside their inhibitions for one evening to learn about an intensely private subject in an unusual setting: a cocktail party.

Frances Hagan, 35, had heard about the “egg social” from a friend and was eager to find out how egg freezing worked. Hagan, a lawyer, said she is single and still hopes to find someone with whom she can have children the old-fashioned way. But she said it doesn’t hurt to consider freezing her eggs as a backup.

“I’d like to wait and just see what happens,” Hagan said. “But if I wait too long, maybe it won’t happen. I’m trying to be proactive.” 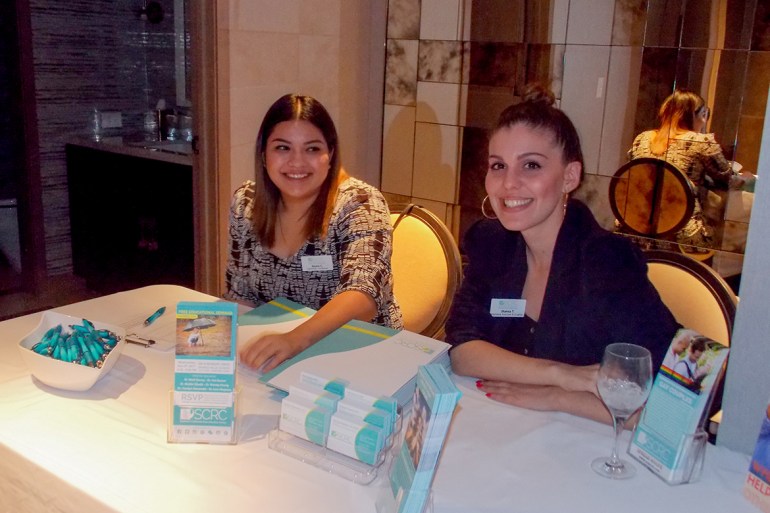 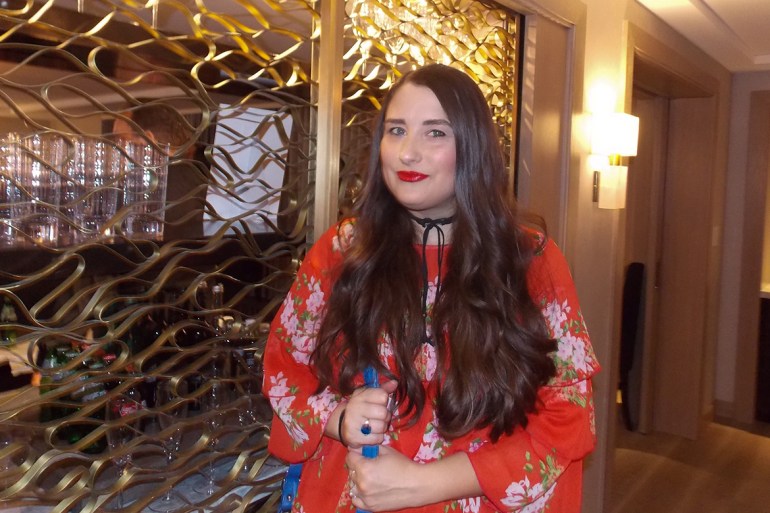 Dominika Martinez, 35, who decided to freeze embryos with her husband after getting married last year, attends an “egg social.” (Anna Gorman/Kaiser Health News)

It is probably no coincidence that the event was held in a place like Beverly Hills, given the considerable expense of freezing eggs — and of using them later.

Egg freezing costs between $10,000 and $15,000 for the procedure and the medications. Thawing the eggs and fertilizing and transferring an embryo could cost thousands more later on. A few Silicon Valley employers, including Facebook and Apple, cover egg freezing for their workers, but most employers and insurers do not.

In the past, egg freezing was primarily for women who risked infertility because of cancer treatments. But in recent years, more women have been choosing to freeze their eggs for non-medical reasons — such as not being ready to have a baby.

As the practice becomes more widespread, so do events designed to raise awareness of it and recruit patients for clinics that perform the procedure. In recent years, cities such as Los Angeles, New York and San Francisco have been the venues of egg-freezing parties.

At the Beverly Hills hotel, physicians from the Southern California Reproductive Center, the fertility clinic that sponsored the event, projected slides on a wall and explained the history and science of egg freezing. They told the guests that it was an insurance policy for women who want children in the future.

“It’s the smartest thing any woman can do if they are not in a serious relationship that is leading to children,” said Shahin Ghadir, a fertility specialist at the practice.

Ghadir said hosting women in a casual environment makes the idea less intimidating and stigmatizing. “It lets people know it’s not a medical issue — it’s a social issue,” he said.

Besides, Ghadir said, “with a glass of wine, everything sounds better.”

The first baby created from a frozen egg was born about 30 years ago, but it wasn’t until 2012 that the American Society for Reproductive Medicine declared that egg freezing should no longer be considered experimental. That opened the door for more women to freeze their eggs, said Evelyn Mok-Lin, medical director of the UC-San Francisco Center for Reproductive Health.

Egg freezing gives women control over their reproductive health and fertility, and the medical risks are very low, said Mok-Lin. But given the high cost, not everyone can afford egg freezing, and it doesn’t always work. “It is a luxury for many people and without any guarantee in the end that the investment will pay off,” she said.

The process involves stimulating the ovaries, extracting the eggs and flash-freezing them.

Necka Taylor, a nurse who attended the Beverly Hills soiree, said her first cycle of in vitro fertilization was unsuccessful, but she’s hoping to try again. Taylor, 32, said she has several friends who have had babies, and she knows she wants children herself.

“I just don’t know when it’s going to happen,” she said. “I knew I needed to take steps to have a healthy baby.”

Her friend Dominika Martinez, 35, said she had considered egg freezing in the past but it wasn’t until she got married last year that she decided to freeze embryos with her husband.

“I am still not where I want to be in my career,” said Martinez, a social media marketer. “I feel like I need a little more time.”

Martinez said that when she and her husband are ready, they will try to conceive naturally. But if it doesn’t work, she said, “we have a backup plan.”

Ghadir, of the Southern California Reproductive Center, told the group that he had children and had not anticipated the expense, time and energy of parenting. Freezing eggs can help women have children on their own timeline, he said.

“If I was doing this at the wrong time in my life, it would have been a disaster,” he said. “Doing things at the right time, when you know you are ready … is one of the most important reasons to freeze your eggs.”

Sip Wine And Chat About Postponing Motherhood — At An ‘Egg Social’