ST. LOUIS — Not far from the Anheuser-Busch brewery, Joshua Grigaitis fills a cooler with bottles and cans in one of the city’s oldest bars.

It’s Saturday night, and the lights are low. Frank Sinatra’s crooning voice fills the air, along with the aroma of incense. The place has all the makings of a swank boozy hangout.

Except for the booze.

Pop’s Blue Moon bar, a fixture of this beer-loving city since 1908, has joined an emerging national trend: alcohol-free spaces offering social connections without peer pressure to drink, hangovers or DUIs. From boozeless bars to substance-free zones at concerts marked by yellow balloons, sober spots are popping up across the nation in reaction to America’s alcohol-soaked culture, promising a healthy alternative for people in recovery and those who simply want to drink less. 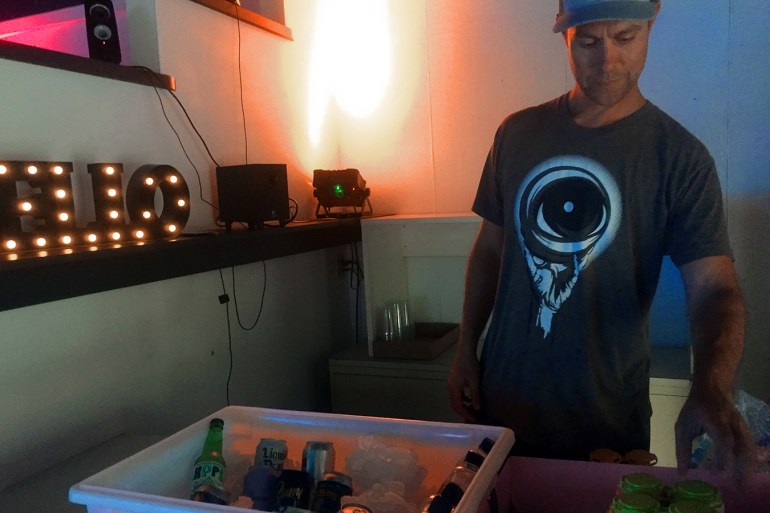 Joshua Grigaitis puts out non-alcoholic drinks on a Saturday night. From boozeless bars to substance-free zones at concerts marked by yellow balloons, sober spots are popping up across the nation in reaction to America’s alcohol-soaked culture, promising a healthy alternative for people in recovery and those who simply want to drink less.(Laura Ungar/KHN) 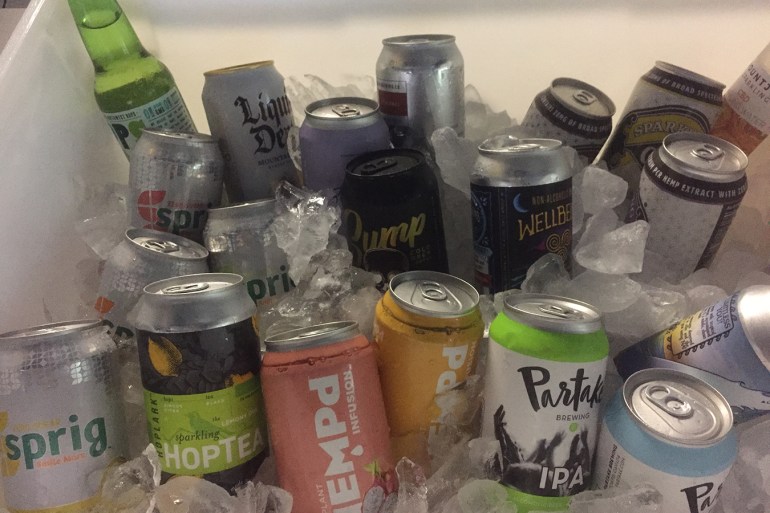 “We evolved as social creatures. This is a good trend if you want the experience of companionship and social culture but don’t want the negatives,” said William Stoops, a University of Kentucky professor who studies drug and alcohol addiction. “It can help people make better choices.”

A federal survey shows nearly 67 million Americans binge drink at least monthly, meaning women down four drinks during a single occasion, men five. Midwestern states have some of the highest binge-drinking rates in terms of both prevalence and intensity, putting millions of people at risk.

Research links excessive alcohol use to fatty liver, cirrhosis and cancers of the breast, liver, colon, mouth and throat as well as heart disease, high blood pressure, stroke, dementia, anxiety and depression. Nearly half of murders involve alcohol, according to studies. Drinking kills about 88,000 people annually, according to the Institute for Health Metrics and Evaluation at the University of Washington. Such diseases and social ills cost the nation an estimated $249 billion a year.

Even one drink a day is unhealthy, said Dr. Sarah Hartz, an assistant professor of psychiatry at Washington University in St. Louis. “If you’re going to drink, know it’s not good for you.”

If You Need Help

If you or someone close to you is struggling with issues mentioned in this story and you would like to connect with others online, join USA TODAY’s “I Survived It” Facebook support group. For help with a drinking problem, check Alcoholics Anonymous, Smart Recovery or the Substance Abuse and Mental Health Services Administration’s helpline at 800-662-HELP.

For Grigaitis, 41, who also goes by Joshua Loyal and is co-owner of the bar, tying all his fortunes to alcohol was “weighing on my soul” after 20 years in the business. He cut way back on his own drinking and began holding boozeless Saturday nights in January, offering hop water, nonalcoholic beers and drinks infused with cannabis-derived CBD.

“I love everything about the bar business — except the alcohol,” he said. “The nonalcoholic beverage movement is a growing group. I’m making a decision to choose this and I’m proud of it.”

Chris Marshall, who founded Sans Bar in Austin, Texas, in 2015, got sober in 2007 and was working as a counselor when a client shared how difficult it was to navigate the social world without alcohol. The client’s relapse and subsequent death was his call to action.

Sans Bar held a national tour this year with pop-up events in St. Louis, Portland, Ore., and Anchorage, Alaska, and opened a permanent location in Austin. It draws a largely female crowd all along the sobriety spectrum, from those in recovery to the “sober curious.” People gather for hours to sip handmade mocktails, talk, dance and listen to speakers and sober musicians.

Alcohol has become so ubiquitous that it’s perfectly acceptable to wear T-shirts announcing “Mama needs some wine” or “Daddy needs a beer.”

Elsewhere, in Rock Hill, S.C., Liberty Tax served margaritas when customers went in to finish their taxes last April. And a dentist’s office that treats adults and children hosts after-hours drop-in events that include wine. Neither of those businesses responded to requests for comment.

“Culturally, we know it’s not OK to hand out opioids when you’re getting your hair or nails done, yet alcohol kills more people than opioids, and businesses will hand it out,” said Alexandra Greenawalt, director of prevention at the nonprofit addiction treatment center Keystone Substance Abuse Services in Rock Hill.

Washington, D.C., has 2,055 outlets that sell alcohol — one for every 315 people, which Jernigan said is high. Some low-income, primarily African-American neighborhoods have few retail outlets other than liquor stores and convenience stores selling beer and wine. 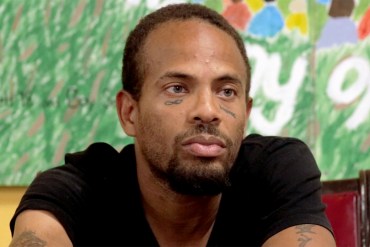 Lothorio Ross, 38, started drinking at about 17 while on fishing trips with his father. Now homeless in D.C. and coping with alcoholism, he said, he can get alcohol on credit from some liquor stores. But he said he’s trying to quit with the help of the nonprofit Father McKenna Center and reminding himself what life used to be like.

“Up until I started drinking in my teens, I was having fun,” said Ross. “So, you can have fun without drinking; it is possible.”

Outside major cities, entertainment often revolves around alcohol. Social worker Stephanie Logan-Rice said she grew up in Aberdeen, S.D., where her mother drank herself to death, succumbing to liver cirrhosis three years ago at 56. 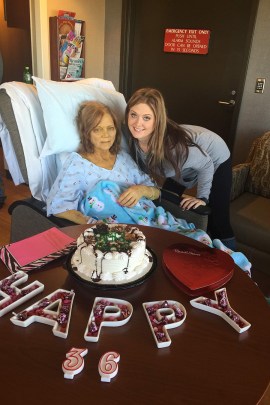 Logan-Rice was in sixth grade when she realized her mother was drinking wine or vodka out of Tupperware glasses or plastic water bottles.

“I just thought it was normal,” she said.

When Logan-Rice, 39, got to high school, she drank from beer bongs in cars during lunch with friends and went to cornfields for keg parties. The drinking continued when she moved to Minnesota for college. In her 20s, she drank every day.

She finally quit five years ago. She now has two children her mother didn’t live long enough to meet.

Since giving up booze, Logan-Rice said, she has seen alcohol in unexpected places — even an assisted living facility that offered bottles of wine as door prizes when she attended an early-afternoon presentation about hospice care.

“I get it if I go into a restaurant,” she said. “But not an assisted living place.”

Declining A Drink: Recovering Alcoholics, The ‘Sober Curious’ And The Health-Conscious

In Washington, D.C., members of a growing sober LGBTQ community organize dry reading groups and rafting trips and alcohol-free nights out instead of hitting gay bars. Tom Hill, a vice president at the National Council for Behavioral Health, who is gay and in recovery, said those activities create a “sense of socialization and camaraderie to replace what they had.” 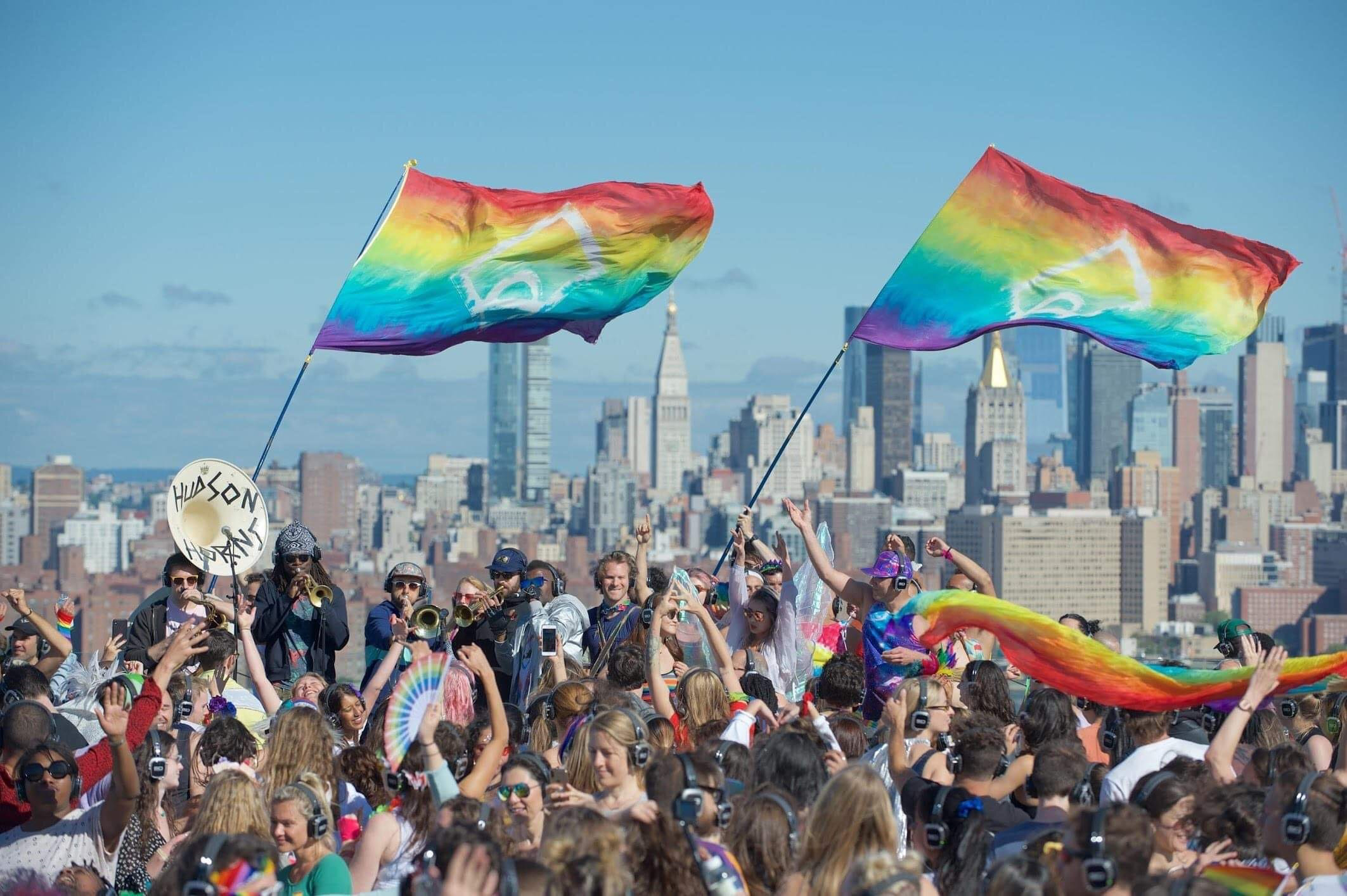 Daybreaker Pride, a substance-free dance event, was held on the rooftop of The William Vale hotel in Brooklyn, N.Y., on June 14. (Credit: Perry Bindelglass)

Nationally, sober raves such as Daybreaker morning dance parties have caught on, fueled only by dancing.

Still, Devra Gordon, a behavioral health therapist in nearby Fairfax County, Va., said she advises people who are grappling with substance abuse to attend concerts and raves with just their sober friends — and they should attend recovery meetings before and after. The meetings help avoid falling into a “euphoric recall” and romanticizing past substance use, she said.

“Having fun and drinking alcohol is an illusion,” said Cortez McDaniel, who is recovering from alcohol and drug abuse disorders and heads services at the Father McKenna Center. “We have to stop believing the lie, and then we have to start practicing something different.”

At Pop’s Blue Moon, Jaclynn Rowell, who reads tarot cards for customers, said the health benefits of no-booze nights are a big draw. And many are happy to avoid awkward questions about religion, pregnancy and sobriety that can arise at regular bars when someone asks why they’re not drinking.

Though she drinks now and then, places like these help her responsibly navigate nightlife in the city where Budweiser was born.

[Correction: This story was updated at 1:30 p.m. PT on July 9 to remove a reference about the Clothes Mentor high-end secondhand store in Rock Hill, S.C. The store’s owner said it has not served margaritas at the shop, as the story originally reported.]