Combine years of delay, ever-changing rules and requirements, state and federal red tape and a once-mighty company now in deep financial trouble. What do you get?

In California’s case, a $179 million computer modernization project that has to be junked.

The project, which went to bid in 2007 and still is far from completion, was to process claims for Medi-Cal, the state’s health-payment program for low-income residents.

It finally was put to rest on Monday when the state Department of Health Care Services announced a legal settlement with Xerox Corp., the project contractor, under which Xerox will pay the state approximately $120 million. (The state had paid Xerox $9 million so far, $8.1 of it with federal funds.)

That means Medi-Cal’s existing computer system — creaky, patched-together and, decades old — will continue to operate for however long it takes the state to contract out and build a replacement.

According to the settlement, Xerox will continue to run the existing system until 2019.

The health care services department is putting a bright face on the project’s demise calling it an “opportunity” to reevaluate current needs, in a press release issued Monday. A fresh start, it went on, will ensure “modern, robust and sustainable system.”

The department noted California’s not the only state with such problems: “Many other states … have adjusted their strategies” toward their Medicaid computer systems, the release said. Medi-Cal is California’s version of Medicaid.

Indeed, Xerox’s problems with its Medicaid systems in Texas, Alaska and other states have been widely publicized.

The DHCS declined to comment beyond the press release. The settlement requires the department and Xerox both approve in advance any public statement for the next 30 days.

In its statement, Xerox said the settlement agreement finalizes the announcement it made last fall “that it did not expect to complete implementation of the Health Enterprise Platform in California.” Xerox further said that it is “pleased to work with DHCS to continue processing Medi-Cal claims through September 2019.”

The existing computer system, more than 30 years old, handles millions of transactions a day for Medi-Cal, everything from approving medical procedures and paying doctors to determining patient eligibility for the program. 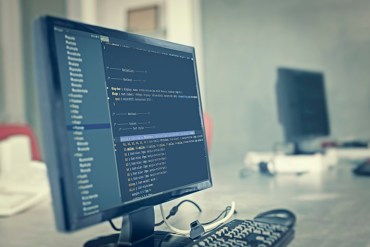 Persistent problems with the state’s health care computer systems came to a head two years ago when a backlog of nearly a million Medi-Cal applications caused untold numbers of patients to put off seeing their doctors until the problems were resolved.

California’s drawn-out competition for the replacement project began in 2007. Xerox won the contract in 2010. By 2012, the project was already in trouble. Delays caused the state to impose on Xerox a “corrective action plan. ”

Originally scheduled for completion by the end of this year, the project isn’t close to done, the settlement indicates.

Its not uncommon for government computer systems to fall behind schedule, in part because of red tape. In this case, the massive Medi-Cal replacement contract with Xerox was inked just five days before President Barack Obama signed the Affordable Care Act into law. As new regulations under the law worked their way through the health care system, requirements for the Medi-Cal project continued to change.

Compounding matters, Xerox itself fell into deep trouble. Its stock has lagged far behind the market in general. The company is under pressure from investor activist Carl Icahn. Late last year, Xerox said it would wind down its Medicaid computer systems business in California and Montana, take a $385 million charge against earnings, and “focus on profitable market segments.” That meant the end of the California project.

Xerox will pay California about $103 million in cash, provide computer hardware and software worth $15 million, and abandon requests for payment worth roughly $5 million more.

State Junks $179 Million Medi-Cal IT System, Will Start From Scratch