Lauren Brady, a Whittier resident, has lived all her life with Rett syndrome, a rare neurological illness that can cause seizures and limits muscle movement. She can’t speak, needs a feeding tube and uses a wheelchair to get around.

“It affects her from head to toe, but we don’t let all of that get in our way,” her mother, Sherri Brady said this week. “Lauren has lots of friends; she goes horseback riding. Next weekend she’s going on a ski trip.”

That Lauren, 19, can even contemplate those activities is testimony to a $2.9 billion a year program run by California Children’s Services, her mother said. The program provides specialized care to some 180,000 children and young adults  who suffer from a range of complicated, debilitating illnesses including Rett syndrome, sickle cell anemia, cancer, cerebral palsy, hemophilia and more.

In recent years, Sherri Brady and other parents of children in the program have lived in fear that the care of their kids could be disrupted — at what they see as a great risk of physical and emotional harm. That’s because the state’s Department of Health Care Services ultimately wants to move all the children into managed care.

But the first phase of that move, which would have targeted just under one-fifth of the children beginning next January, is now on hold.  The state Assembly’s influential budget subcommittee voted earlier this week to shelve it and send the department back to the drawing board. The Senate’s budget subcommittee is expected to endorse that ruling next week.

This means all of those children will be able to keep seeing the same providers and get the same services they’ve been receiving — at least for now.

That’s a big relief to their parents, who fear that in managed care their children could lose relationships with the caregivers who know them best and could face difficulty getting appointments with specialists.

“It’s wonderful that the legislators did this,” said Sherri Brady. But she knows her battle isn’t over.

The state has been under pressure for years to restructure the program both to improve the care it delivers and reduce its cost, according to a study by the California Health Care Foundation. (The foundation funds California Healthline, which is editorially independent.)

“This isn’t the end of it,” Brady said. We’ve been fighting it and we’ll keep fighting it.”

Brady has trouble understanding why the state wants to move the kids into managed care. “To make a change that could be harmful for individuals who already live with such harm, that’s just not right,” she said.

Jennifer Kent, director of the California Department of Health Care Services, testified to the Assembly subcommittee that the first-phase proposal to move nearly 20 percent of the the kids into managed care plans would provide them with better — but not cheaper— care.

“One of the key components is because it’s a program around a condition rather than a child, the different payers don’t look at the whole child,” Kent said. “We want to better manage the care of these children across the spectrum.”

Under managed care, health plans are paid fixed rates to cover and coordinate nearly all health care services for patients.

Kent told legislators the department’s plan was “budget-neutral,” meaning it would result neither in savings nor additional costs for taxpayers.

Nearly half the cost of the program, or about $1.4 billion, is paid for out of the state’s general fund, according to Kent’s department.

About 70 percent of children in the program get benefits from Medi-Cal, the state-federal health coverage program for people with low incomes. The other 30 percent have private insurance, but the state helps pay for some of the care not covered by their insurers. The federal and county governments also pick up a portion of the tab.

Assuming the Senate subcommittee concurs with its Assembly counterpart, the health department will be instructed to develop a new proposal requiring what is known in Capitol lingo as “enabling legislation,” and ultimately floor votes in both houses. The process is expected to take a long time, though nobody can say how long.

Child advocates fear that the ultimate outcome will be the same — the kids will end up being moved into managed care.

“The assumption has always been that the state wants to move all of the kids,” said Yvette Baptiste, executive director of the Eastern Los Angeles Family Resource Center in Alhambra, which helps children with developmental disabilities and their families.

Before the Assembly subcommittee voted, its staff had recommended rejecting the department’s plan out of concern that the children’s quality of care could be compromised.

The Legislative Analyst’s Office agreed, as did a conga line of children’s advocates, providers and families, who all appeared at the hearing to urge the legislature to scrub the proposal from the calendar.

California Children’s Services, established in 1927, is one of the oldest public health programs in the nation.

The subcommittee chairman, Tony Thurmond (D-Richmond), said that given the program’s longevity and the apparent satisfaction of the children’s families, he didn’t want to change it.

“If this is one of the oldest programs around and it’s something we can hold up as a shining example of how to do things right, then let’s not mess with it,” Thurmond said. 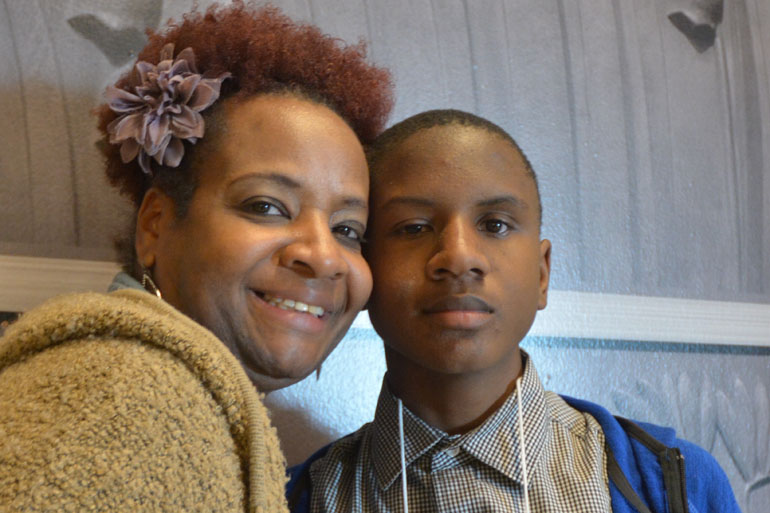 Lisa and Jaheem Finnie of Brentwood. Jaheem is 14 and has a rare condition that, since he was 3 years old, sometimes causes his brain fluid to leak, and that prompts episodes of meningitis. (David Gorn/California Healthline)

That was music to the ears of Lisa Finnie and her 14-year-old son Jaheem of Brentwood, Calif., 45 miles east of Oakland. Jaheem struggles with a rare medical condition that sometimes causes brain fluid to leak from his skull.

Since he was 3, Jaheem has had six surgeries and has survived seven bouts of life-threatening meningitis caused by the defect. He has had periods of blindness, and at one point was in a coma for a month.

But right now, Jaheem can see just fine. His only outward signs of the condition are faulty hearing and a face that droops a bit on one side.

“I kind of smile on one side right now,” Jaheem explained. “I’m learning how to get this side of my face up,” he said, touching his left cheek.

His mom Lisa credits the Children’s Services program with helping her family survive and thrive, she said. 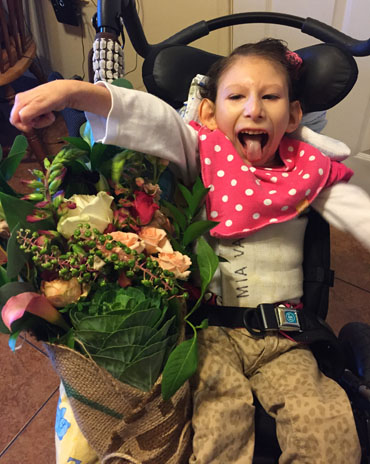 That sentiment was echoed by Emelyn Lacayo of Hayward, the mother of a seven year old daughter, Mia, who has cerebral palsy, bone deformities and is also believed to suffer from a rare condition called Cockayne syndrome.

“The doctors thought she wouldn’t live past a year, but she’s almost 8 now,” Lacayo said.

A possible transition into managed care worries Lacayo, because Mia might lose one of the specialists helping her live.

“Our biggest fear is that Mia would fall through the cracks,” she said. “You can’t just throw us into managed care. These are kids who need the specialty care.”

Lacayo says the state has long wanted to replace this high-need, high-cost program, and she was heartened when the subcommittee applied the brakes to the plan that would have started to do that. But she understands the fight has only been put off for another day.

“We’re okay for now, but we still have a lot of work to do,” she said. “The moral of the story is, these kids are expensive, yes — but they need that care,” Lacayo said. “They didn’t choose to have these conditions.”