This story also ran on Governing. This story can be republished for free (details).

When Tracy Deis decided in 2016 to transition from a full-time job to part-time contract work, the loss of her employer’s health insurance was not a major worry because she knew she could get coverage through the marketplace set up by the Affordable Care Act.

But price was a big concern.

“The ACA made it possible to make the switch in my life,” said Deis, 48, who lives in Minneapolis. But she quickly added, “I was really worried about the cost.”

Her anxiety was understandable. In Minnesota, the average cost of insurance in the state-run exchange soared 57 percent in 2017, after a 40 percent rise in 2016. 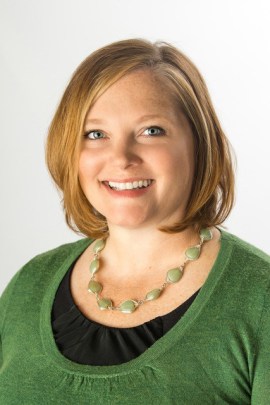 Tracy Deis of Minneapolis was worried about the cost of an ACA marketplace plan. But Minnesota’s effort to help insurers cover some patients’ high bills is curbing premiums. (Courtesy of Carmen Carda)

Among those moves, lawmakers launched a “reinsurance” program. The program helps pay the costs insurers incur for people with high medical bills. In turn, the companies — knowing that these “outlier” expenses will be covered — can lower premiums. Alaska had launched a similar program in 2016.

The Alaska and Minnesota models have now become touchstones for other states eager to prevent startling premium increases in the individual insurance marketplace.

Notably, even as the Trump administration has blocked other provisions of the ACA and pushed Congress to repeal the law, it has encouraged states to establish reinsurance programs and seek federal funding.

In Alaska, lawmakers used only state funds to cut an anticipated 43 percent premium increase to 7 percent in 2017. As the program continued in 2018 with $58 million in federal funds, the lone insurer in the state, Premera Blue Cross Blue Shield, lowered premiums by an average 22.4 percent. And on Aug. 2, Premera announced it had asked the state if it could reduce premiums by an average 3.9 percent in 2019.

“We have unique issues here,” said Jim Grazko, president of Premera Blue Cross Blue Shield of Alaska. “Without the reinsurance program, things would be untenable in the individual market.”

The federal Department of Health and Human Services approved Minnesota’s waiver request for a 2018 reinsurance program, with $131 million in funding. The program covers medical bills between $50,000 and $250,000 for marketplace customers.

It worked. Premium rates declined by 13 percent in 2018 compared with 2017 and are projected to drop again in 2019 by 5 to 8 percent, according to Eileen Smith, a spokeswoman for the Minnesota Council of Health Plans.

That was good news for Deis. Her monthly premium this year is $317, down from $355 in 2017. She’s in a plan that includes the doctors she wanted and is happy with her coverage, although it has a deductible of $7,050.

“I wouldn’t mind if my premiums came down again for 2019,” she said. “Every little bit helps.”

Four other states — Idaho, Louisiana, Maryland and New Jersey — are seeking federal approval for reinsurance programs enacted this year. All hope to have plans in place for 2019.

Eric Cioppa, Maine’s insurance commissioner, estimates his state’s reinsurance program will reduce premiums in 2019 by an average 9 percent compared to what they would have been without the program.

“Reinsurance is possibly the best proven mechanism to restrain premium increases and keep health insurance affordable,” said Trish Riley, executive director of the National Academy for State Health Policy in Portland, Maine. “The biggest plus is that it’s a tool with support across the political spectrum.”

That includes some deep conservatives, such as Wisconsin Gov. Scott Walker, a Republican and longtime critic of Obamacare. He strongly supports the reinsurance program and touts it on the campaign trail as he seeks a third term.

The state’s insurance department estimates the program will yield premiums in 2019 that will be 11 percent lower on average than they would have been without reinsurance. Premiums rose 44 percent in 2018, leading 25,000 people to drop coverage. 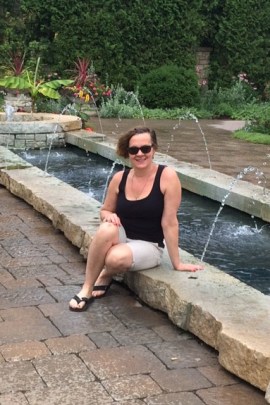 Amy Brooks, who buys insurance on the health law’s marketplace and underwent brain surgery this year, said she supports Wisconsin’s plan to use reinsurance to help hold down premium costs. “Anything that keeps the costs down is a huge help because I could need this coverage for some time.” (Courtesy of Amy Brooks)

For Amy Brooks, of Madison, Wis., the initiative is especially timely. Brooks, 48, who pays $150 a month for subsidized coverage in an ACA plan because her job didn’t come with insurance, was diagnosed in April with a benign brain tumor that required surgery.

She lost her job after the diagnosis and said having insurance coverage “takes a gigantic weight off my shoulder. I would have gone bankrupt. … Anything that keeps the costs down is a huge help because I could need this coverage for some time.”

Insurance analysts say that state-based reinsurance programs are a potent mechanism to lower premiums, but not a panacea.

The programs don’t address underlying medical costs, for example. And if money for the programs is not sustained — or increased — over time, reinsurance can yield a one-time decline in premiums over a year or two.

“Reinsurance programs can meaningfully reduce premiums,” said Matthew Fiedler, a health policy researcher at the Brookings Institution in Washington, D.C. But, he said, other steps would also be needed to offset the effects of changes recently implemented by the administration.

“A sustained federal approach would be much preferable and what we’d like to see,” said Kris Haltmeyer, vice president for legislative and regulatory policy at the Blue Cross Blue Shield Association, which represents 36 Blues plans nationwide.

After Republicans in Congress failed to repeal and replace the ACA in 2017, Sens. Patty Murray (D-Wash.) and Lamar Alexander (R-Tenn.) launched a bipartisan effort to stabilize the ACA marketplaces. A prominent part of their plan was a $30 billion reinsurance pool — $10 billion a year.

The effort failed in March amid discord over an unrelated abortion measure in the bill.

[Correction: This story was updated on Aug. 15 at 12:50 p.m. PT to correct a statement attributed to Matthew Fiedler. The statement in the original story did not accurately reflect Mr. Fiedler’s views on how best to enhance the stability of the exchanges.]