The child is well-known in the halls where state bureaucrats oversee health care for millions of Californians — not by name, but by a number: $21 million.

His medications alone cost state taxpayers that much in a single year, not including other health care. The boy, whose identity has not been released, was California’s most expensive Medicaid patient in recent years. His case was singled out in a tweet last year by the state’s top health care official to highlight the public insurance program’s extraordinary obligations as a backstop for low-income patients.

How on earth can a single child’s treatment cost that much? The answer: He has hemophilia and needs large quantities of a pricey drug — known as clotting factor — that makes blood coagulate.

Hemophilia drugs are among the most costly drugs in the nation, and taxpayers are footing the bill for many patients on Medicaid who could never afford them on their own. Officials in California and other states are doing what they can to manage the costs, but it’s a daunting task that highlights the complexity and secrecy of prescription drug pricing.

Kaiser Health News is examining how America has become a “Medicaid Nation” — where tens of millions of poor and disabled people now rely on the support of the federal and state insurance program. Hemophilia is one of those diseases that helps explain its burgeoning cost.

Medications for hemophilia are crucial to patients — overwhelmingly male — with the rare genetic condition that prevents clotting and puts them at great risk of bleeding to death, even from a minor injury. There is no question the drugs prolong and save lives, and state officials are not arguing that they should be withheld. 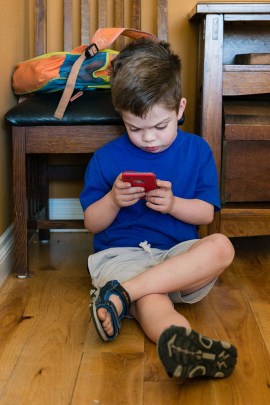 Kevin Tuite was born with severe hemophilia with a complication known as an inhibitor – an antibody that makes his regular blood factor infusions less effective. He plays a game on the phone while he waits for his blood factor infusion on Feb. 23, 2018. (Heidi de Marco/California Healthline)

“It’s a highly vulnerable population,” said Ken Kizer, a veteran federal and state health administrator who formerly oversaw Medi-Cal, California’s version of Medicaid. “If anyone has seen a hemophiliac in crisis, you’re not going to say no.”

But drugmakers profit handsomely, competing vigorously for the limited number of patients.

The U.S. hemophilia market, which serves about 20,000 patients, is worth $4.6 billion a year, according to AllianceBernstein, a research and investment firm.

“There are millions being made out there on these kids — it’s a huge business,” said Dr. Doris Quon, medical director of the Orthopaedic Hemophilia Treatment Center at UCLA.

Contributing to the costs is the fact that there is no cure for hemophilia and no cheaper substitute for blood factor. Factor may be prescribed at high doses for a lifetime, even more so when a patient has an injury or complications.

Nationwide, a third of adults and children living with hemophilia are covered by Medicaid. And the Medicaid program’s three most expensive drugs per prescription are for hemophilia, according to an analysis by the Kaiser Family Foundation. (California Healthline is produced by Kaiser Health News, an editorially independent publication of the foundation.)

In 2015 alone, Medicaid paid about $353 million for prescriptions of Advate, the most commonly prescribed blood-clotting medication for hemophilia — a 273 percent increase from 2011.

Generally speaking, the price of hemophilia drugs rise as rival drugs hit the market. But, in addition, doctors are prescribing ever more clotting factor for prevention of joint-damaging bleeds and for improved long-term health. The increase in the cost of Advate, for example, was nearly all attributed to increased use.

The California boy whose drugs cost $21 million in a single year was an extreme case, and the circumstances of his care have not been disclosed because of confidentiality protections. Still, medications to treat hemophilia on average cost more than $270,000 annually per patient, according to a 2015 Express Scripts report, and they can easily soar past $1 million annually.

In contrast to more common diseases like hepatitis C, hemophilia treatment is not a state “budget buster” per se: Only about 4,000 patients live in California. About 1,100 of them are covered by Medi-Cal or two other government-funded programs for chronically ill children in California, according to Jennifer Kent, director of the state Department of Health Care Services and author of last year’s tweet. But the amount of money spent per person dwarfs that spent on people with other serious diseases.

One Stanford University study of 34,000 California kids with severe chronic diseases found that the tiny portion of children who needed blood factor accounted for 41% of the state’s outpatient drug spending on this entire patient population. About $195 million was spent on just 145 kids over a three-year period, although some of that money came back to the state in rebates from drug companies — a portion of the cost that Medicaid can recoup after purchase. 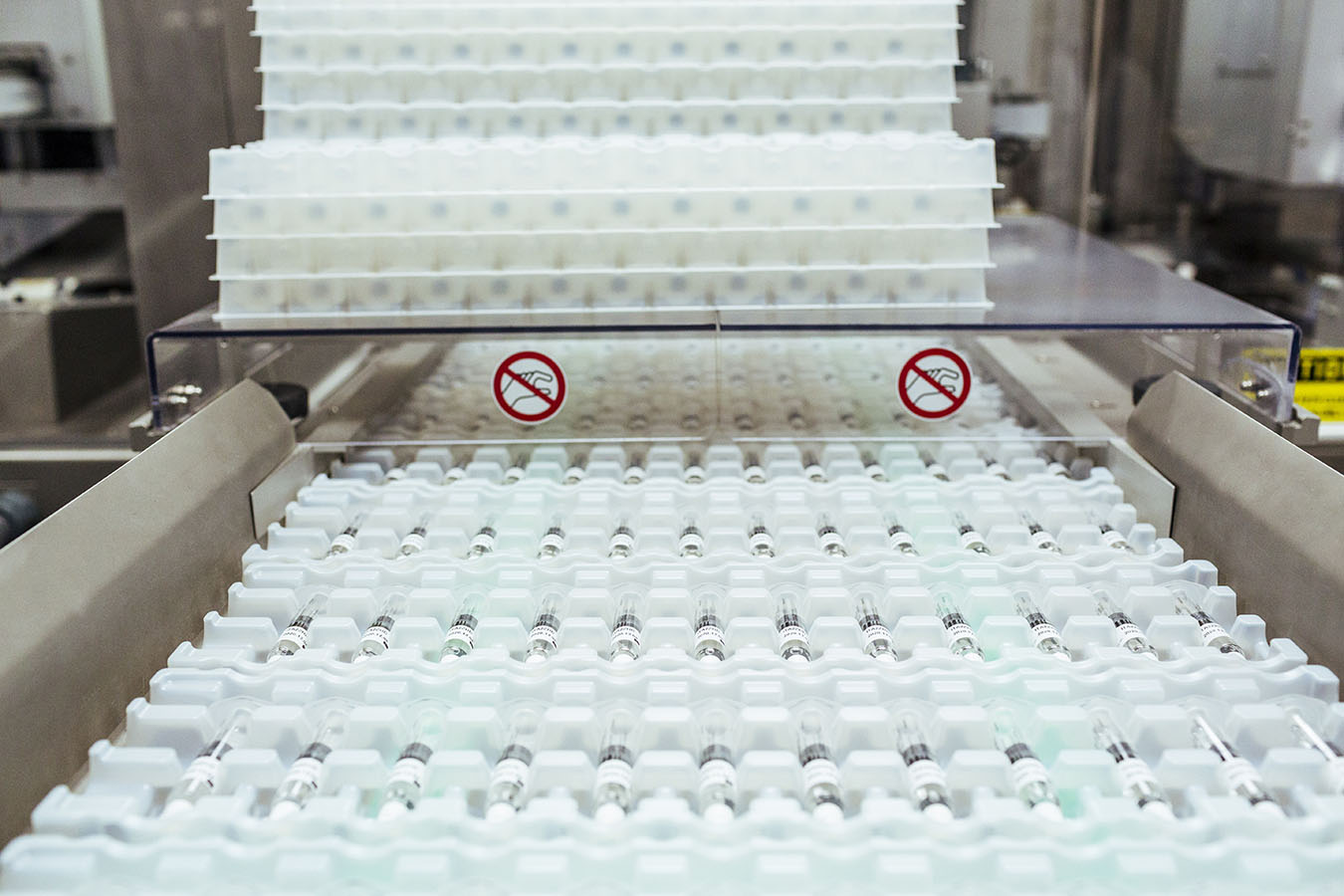 Caitlin Carroll, director of public affairs for PhRMA, the pharmaceutical industry lobbying group, said high development costs and a complicated and lengthy manufacturing process play a role in how hemophilia drugs are priced. She added that federally mandated rebates significantly reduce the cost of blood factor. They amount to 17 percent of the average manufacturer price per unit.

Manufacturers also note that some newer and more expensive hemophilia drugs last longer and do not need to be administered as frequently, so they can prove less costly to payers overall.

Even so, some patients require a monumental investment to survive.

Colleen Tuite’s son Kevin, 7, has severe hemophilia with a complication known as an inhibitor — an antibody that makes his regular blood-factor infusions less effective. Inhibitors can dramatically increase the cost of care, because massive doses of blood factor or expensive, specialized blood products known as bypassing agents may be needed.

Tuite and her husband initially were Kevin’s foster parents, then adopted the boy as a toddler. Because he has been a foster child, Kevin qualifies for Medi-Cal until he is 26.

The Monrovia, Calif., family also has private health insurance, which pays for about half of Kevin’s medical bills. These can run upward of $200,000 per month, Tuite said.

“We definitely would not have been able to adopt him without the help of Medi-Cal,” Tuite said. “We’ve been extremely fortunate.”

With the support of drug manufacturers and hemophilia advocacy groups, patients and their families have significant political clout. Some experts say they also have a moral claim on public resources: In the early days of the AIDS epidemic, thousands of the nation’s hemophilia patients died after they contracted HIV through transfusions before the virus could be eliminated from the blood supply.

State health officials say the costs of hemophilia are hard to anticipate and control, even with rebates.

“We do a really aggressive job of collecting rebates on our pharmacy costs,” said Kent, California’s top Medicaid official. “But there’s just not any way around blood factor. It is just a very, very expensive product. It’s nonnegotiable for people that require it.”

In 2016, California’s Medicaid program paid at least $205 million for medications used to treat hemophilia, according to a Kaiser Health News analysis of federal Medicaid data. That figure doesn’t account for the federal rebates.

States can negotiate “supplemental” rebates with drugmakers for individual medications — but those must be kept secret under federal and some state laws. Such secrecy is becoming increasingly controversial as states continue to confront spiraling drug prices.

In 2016, Pfizer sued Texas’ state health agency for giving data on the drug company’s supplemental Medicaid rebates to state lawmakers who requested it. The drugmaker alleged that releasing the confidential information would undermine the company’s competitiveness and give away trade secrets, and warned that the discounts it gave Texas could disappear.

In early October, a judge ruled that lawmakers should be able to obtain some of that data, noting dryly that “in Pfizer’s view, legislators are not necessary to carry out the state’s Medicaid program.”

Instead of seeking additional rebates from manufacturers for blood factor, some states, including Washington and Oregon, have chosen to require patients to get their blood factor only from federally designated Hemophilia Treatment Centers. That allows state Medicaid programs to take advantage of a federal drug-discount program known as “340B.”

However, officials in California said they studied that option and determined it wouldn’t save them any more money than the rebates they negotiate with drugmakers.

Whatever their approach, state health officials say they are struggling against forces they are nearly powerless to change.

“There aren’t a lot of options available to Medicaid programs in terms of controlling costs, because we don’t set the initial costs,” said Deborah Weston, pharmacy program manager for Oregon’s Medicaid program.