An opinion forum on recent news and major policy issues.

Congress is at the precipice of shutting down the government, unless lawmakers can quickly agree on another short-term spending bill. And this time, the Children’s Health Insurance Program is caught in the crosshairs. Republicans are offering six years of funding for CHIP as an enticement for Democratic votes on the spending bill, but Democrats are still balking because they want the bill to include protections for undocumented individuals brought to the U.S. by their parents when they were children.

Meanwhile, with the help of the Trump administration, states are looking at other ways to change the Medicaid program besides work requirements.

And Tom Scully, former head of the Centers for Medicare & Medicaid Services under President George W. Bush, offers his predictions for what might happen this year in health policy. His short answer: not much. 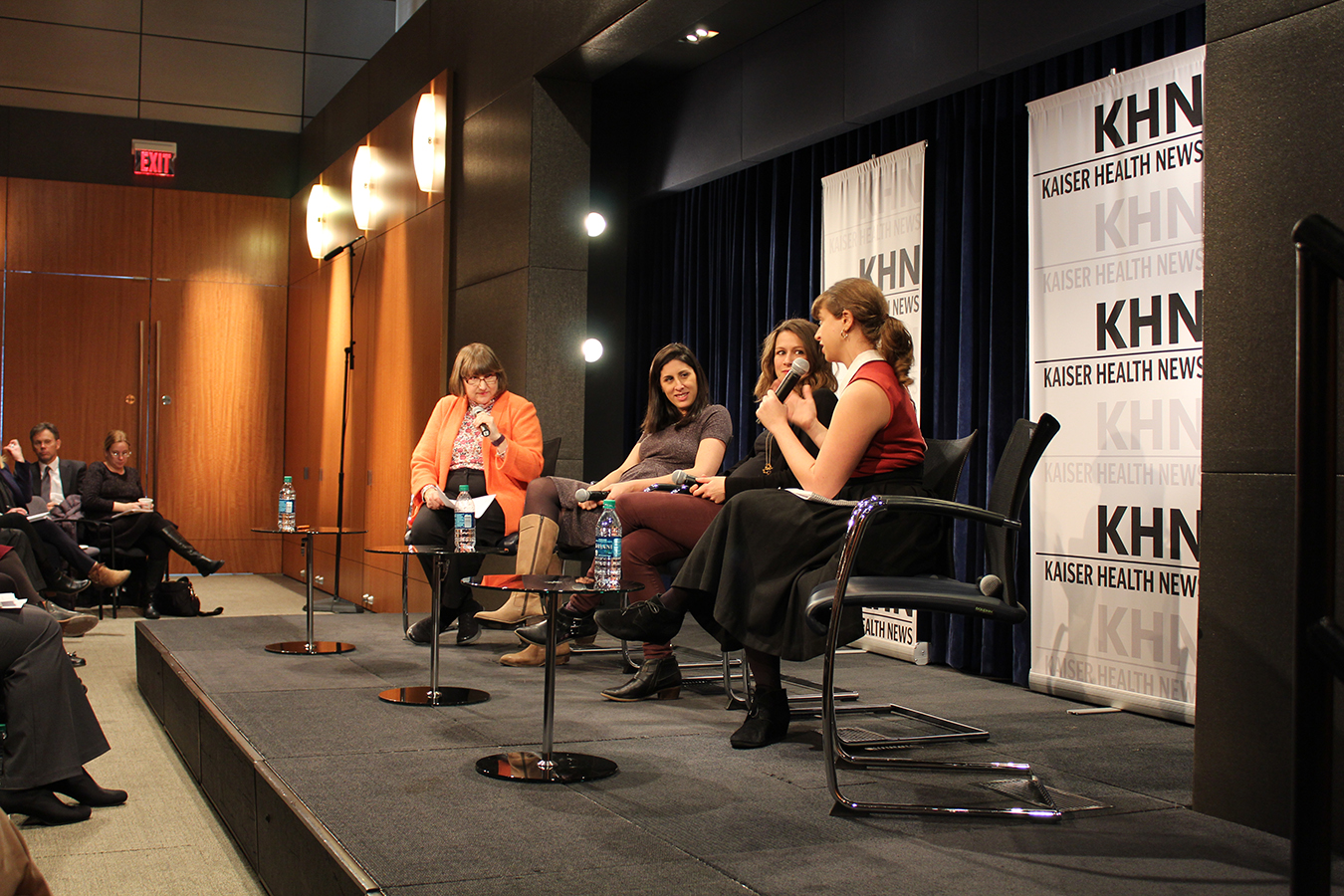 Julie Rovner of Kaiser Health News (left), Sarah Kliff of Vox.com, Paige Winfield Cunningham of The Washington Post and Alice Ollstein of Talking Points Memo speak at a live taping of this week’s “What The Health?” podcast. (Lynne Shallcross/KHN)

This week’s “What The Health?” panelists are Julie Rovner of Kaiser Health News, Stephanie Armour of The Wall Street Journal, Joanne Kenen of Politico, Sarah Kliff of Vox.com, Alice Ollstein of Talking Points Memo, Margot Sanger-Katz of The New York Times and Paige Winfield Cunningham of The Washington Post.

In the podcast’s first live taping before an audience, the panelists discuss these topics as well as whether states will pass their own individual insurance requirements now that the penalty for the federal “individual mandate” has been repealed, how the loss of that penalty will change the individual marketplaces and whether anyone will address the high cost of prescription drugs.