Whipsawed is not a medical condition, but it describes exactly how Lee Henderson feels about his on-again, off-again care at UC Davis Medical Center, a place he’s been visiting since he was a child.

For the second time in three years, Henderson is about to lose access to his primary care team at the Sacramento institution.

When Henderson had surgery there in 2015 to remove an adrenal gland that was severely elevating his blood pressure, he was covered by Health Net, the only Medi-Cal managed-care plan in Sacramento County whose members could go to UC Davis for primary care at the time.

But shortly after his surgery, Henderson learned that his insurer and the university were terminating their contract, forcing him and an estimated 3,700 other Health Net Medi-Cal members to leave UC Davis and find new primary care doctors.

Now, history is repeating itself. After briefly regaining access to UC Davis last year, when UnitedHealthcare entered the Sacramento Medi-Cal market and signed an agreement with the medical center, Henderson and 1,000 other patients are getting booted out again.

On July 25, those patients got a letter from UnitedHealth. “Dear member,” it began, “we’re writing to let you know that our Medi-Cal services in Sacramento County will be discontinued effective October 31, 2018.”

The letter, Henderson said, “was the equivalent of getting slapped in the face — twice.”

Medi-Cal, California’s version of the federal Medicaid program for low-income residents, serves 13.5 million people, about one-third of the state’s population. The vast majority of them — about 80 percent — are served by managed-care plans, in which the state pays insurers a fixed amount per enrollee to provide comprehensive care.

That contrasts with fee-for-service Medi-Cal, in which the state pays medical providers directly for services provided. Medi-Cal enrollees are generally required to sign up for managed care.

The exit of UnitedHealth from Sacramento County’s managed-care Medi-Cal program means that, once again, no Medi-Cal patients on managed-care plans in the county will be able to go to UC Davis for primary care.

Dr. Richard Pan, a Democratic state senator representing Sacramento and a pediatrician who used to practice at UC Davis, is taking on his former employer, as he did when the Health Net contract ended.

“Why is a public, state-owned university that’s running a health system not contracting with the state health plan?” Pan wants to know.

UC Davis spokesman Charles Casey said the medical center is “deeply disappointed in UnitedHealth’s actions, as we understand how disruptive it is when care is interrupted for patients.” The university is working to negotiate other Medi-Cal contracts and hopes to have something to announce by Oct. 31, he said.

At the core of the issue is money. UC Davis has complained for years about low Medi-Cal reimbursement rates. Casey said that in 2017 the health system absorbed more than $93 million in unreimbursed costs serving Medi-Cal patients.

Pan, who now chairs the Senate Health Committee, said the structure of Medi-Cal managed care in Sacramento, which gives enrollees the choice of multiple plans, was a lose-lose for UC Davis and UnitedHealth, because the sickest, most expensive patients wanted to be on a plan that gave them access to the medical center.

“You get all the sick people — asthma or cancer or sickle cell,” he said. “The Medi-Cal contract did not account for the fact that you have a sicker population.”

Catherine Farrell, a UnitedHealthcare spokeswoman, did not give a specific reason for the company’s withdrawal from Sacramento County. But she noted in a written statement that “reimbursement rates remain an important topic.” The company will continue to serve Sacramento residents in Medicare and commercial plans, she said, and to offer Medi-Cal managed care to its enrollees in San Diego County, who currently number 7,000. 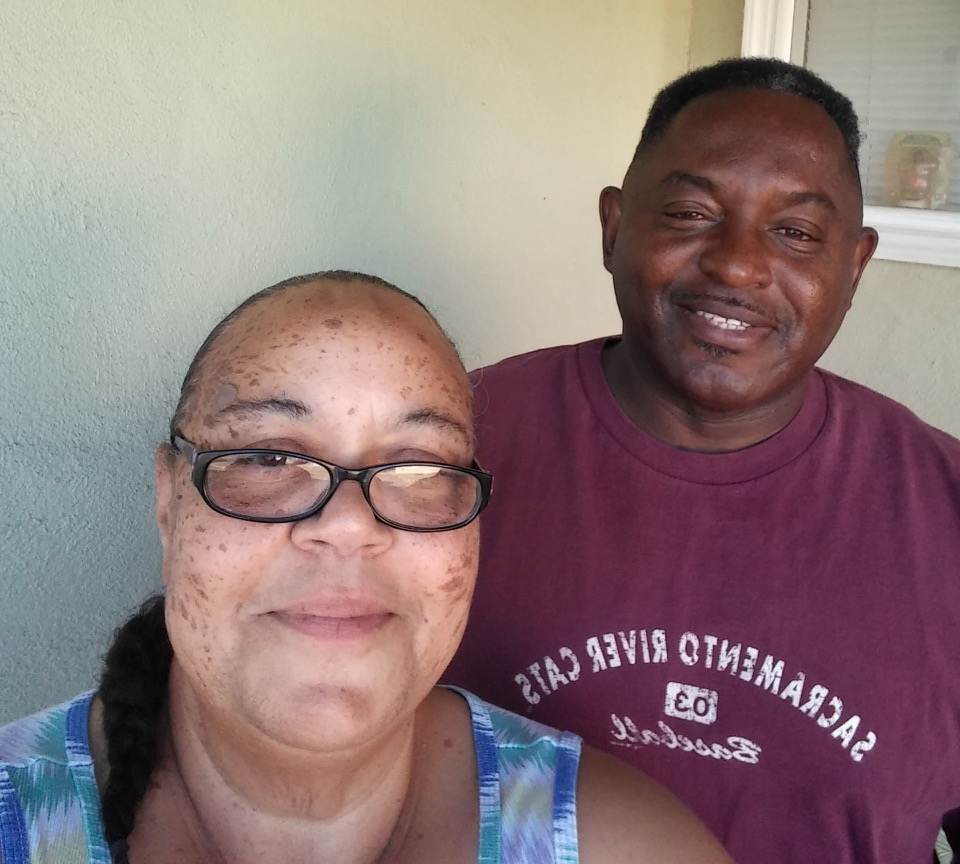 Lee Henderson stands to lose his access to primary care at UC Davis Medical Center — for the second time in three years — after his insurer, UnitedHealthcare, said it was leaving the Medi-Cal managed-care market in Sacramento County on Oct. 31. Henderson is shown here with his partner, Joann Johnson.(Courtesy of Lee Henderson)

UnitedHealth’s July 25 letter said the company had made its decision “after a review of member, county, state, and business needs.” Earlier that month, UnitedHealth Group reported profit of $3.01 billion for the second quarter, a 28 percent increase over the previous year.

But Medi-Cal is hardly a pillar of its business strategy.

The company’s 4,400 patients represent just 1 percent of the 422,000 Sacramento residents enrolled in Medi-Cal managed-care plans. Anthem Blue Cross insures 175,000 and Health Net covers 104,000. Kaiser Permanente, Molina Healthcare and Aetna account for the rest. In San Diego, the only other county in the state where it offers a Medi-Cal plan, UnitedHealth has about 1 percent of that market. (Kaiser Health News, which produces California Healthline, is not affiliated with Kaiser Permanente.)

The displaced UnitedHealth patients in Sacramento will be able to choose among the five other Medi-Cal carriers, said Brenda Bongiorno, a spokeswoman for the county health department. Those who don’t make a choice will be assigned a new insurer, she said.

The sudden loss of access to the broad and highly skilled network of doctors at UC Davis is especially hard for patients with complex conditions, said Elaine Abelaye-Mateo, a community advocate with the Health Access Action Team of Sacramento Building Healthy Communities, a nonprofit group working to improve local health.

“They’re already vulnerable,” Abelaye-Mateo said. “Now they’re left to scramble and figure out where to go.”

Gail Cleveland is a case in point. The 59-year-old Sacramento resident was diagnosed with diabetes at 19, has chronic heart disease and had radiation therapy in 2001 for cancer wrapped around her spinal cord. Several years ago, she lost her ability to walk.

She had been getting treatment at UC Davis Medical Center for decades and had the same primary care doctor there for 15 years until the Health Net Medi-Cal contract ended.

She declined to name her new doctor, but said her care has deteriorated since then.

“I really do feel that if I had gotten the correct medical attention that I had been getting at UC Davis, things would be different,” she said. “Now I’m fighting for my life.”

[Correction: This story was updated at 12:15 a.m. PT on Sept. 27 to correct the amount that UnitedHealth Group reported as profit for 2018’s second quarter.]