The decision came out of the blue. “Your husband isn’t going to get any better, so we can’t continue services,” an occupational therapist told Deloise “Del” Holloway in early November. “Medicare isn’t going to pay for it.”

The therapist handed Del a notice explaining why the home health agency she represented was terminating care within 48 hours. “All teaching complete,” it concluded. “No further hands on skilled care. Wife states she knows how to perform exercises.”

That came as a shock. In May 2017, at age 57, Anthony Holloway was diagnosed with ALS (amyotrophic lateral sclerosis): The Frederick, Maryland, man can’t walk, get out of bed or breathe on his own (he’s on a ventilator). He can’t use the toilet, bathe or dress himself. Therapists had been helping Anthony maintain his strength, to the extent possible, for two years.

“It’s totally inhumane to do something like this,” Del said. “I can’t verbalize how angry it makes you.”

Why the abrupt termination? SpiriTrust Lutheran, which provides senior services in Pennsylvania and Maryland, said it could not comment on the situation because of privacy laws. “In every client situation SpiriTrust Lutheran is committed to insuring the safety and well-being of the individual,” wrote Crystal Hull, vice president of communications, in an email.

But its decision comes as home health agencies across the country are grappling with a significant change as of Jan. 1 in how Medicare pays for services. (Managed-care-style Medicare Advantage plans have their own rules and are not affected.)

Agencies are responding aggressively, according to multiple interviews. They are cutting physical, occupational and speech therapy for patients. They are firing therapists. And they are suggesting that Medicare no longer covers certain services and terminating services altogether for some longtime, severely ill patients.

Altogether, about 12,000 home care agencies (most of them for-profit) provided care to 3.4 million Medicare beneficiaries in 2017, the most recent year for which data is available.

To qualify for services, a person must be homebound and in need of intermittent skilled care (less than eight hours a day) from nurses or therapists.

Instead, payments are based on a patient’s underlying diagnosis, the presence of other complicating medical conditions, the extent to which the patient is impaired, whether he or she is referred for services after a hospitalization or a stay in a rehabilitation center (payments are higher for people discharged from institutions) and the timing of services (payments are higher for the first 30 days and lower thereafter).

Agencies now have a stronger financial incentive to serve patients who need short-term therapy after a stay in the hospital or a rehabilitation facility, said Kathleen Holt, associate director of the Center for Medicare Advocacy. Also attractive will be patients who need nursing care for complex conditions such as post-surgical wounds.

At the same time, there are fewer incentives to serve patients who need extensive physical, occupational and speech therapy.

The new system encourages a “holistic” assessment of patients’ needs, and there’s convincing evidence that home health agencies sometimes provided too much therapy under Medicare’s previous system, said Jason Falvey, a postdoctoral research fellow in the geriatrics division at Yale School of Medicine. Between 2000 and 2016, Medicare home health therapy services soared 112%, according to the most recent data published by the Medicare Payment Advisory Commission.

But the risk now is that too little therapy will be offered, Falvey said.

“We are very concerned about that potential,” said Kara Gainer, director of regulatory affairs for the American Physical Therapy Association.

Early reports from the field substantiate reason for concern. 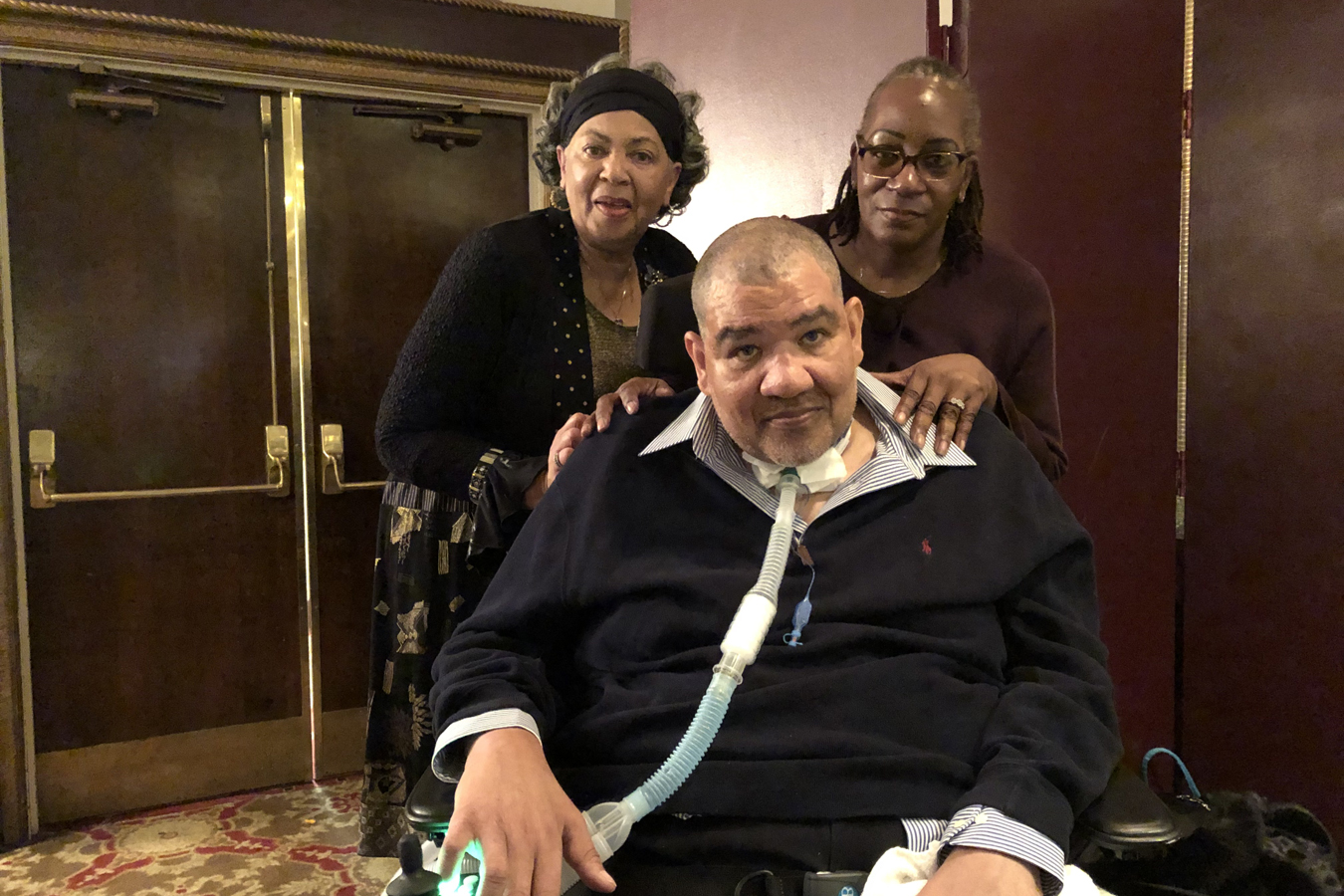 Last fall, the National Association for Home Care and Hospice asked 1,500 agencies how practices would change under PDGM. One-third said “categorically, across the board, we’re going to reduce our therapy services,” said William Dombi, the association’s president.

Dombi said his group has advised agencies that these cuts “may not be a good move” medically (patients might deteriorate without therapy and end up in the emergency room or the hospital) or “from a business perspective.” (If more patients end up worse off and going to emergency rooms or are hospitalized, that will reflect poorly on agencies and may affect referrals.)

The American Occupational Therapy Association is also surveying members. Based on 526 responses to date, occupational therapists and assistants are being laid off, asked to decrease the number of visits to clients and directed to provide services for less than 30 days, said Sharmila Sandhu, vice president of regulatory affairs.

In an email, a spokesman for the Centers for Medicare & Medicaid Services said the federal agency is “monitoring the implementation of the PDGM, including therapy service provision, at the national, regional, state, and agency level.” (A similar system for skilled nursing facilities that provide rehabilitation was implemented in October.)

“We do not expect home health agencies to under-supply care or services; reduce the number of visits in response to payment; or inappropriately discharge a patient receiving Medicare home health services as these would be violations of [Medicare] conditions of participation,” the spokesman wrote.

Yet that appears to be happening.

Carrie Madigan, an occupational therapist who worked for Kindred at Home in Omaha, Nebraska, said she was laid off in November as the company — the largest U.S. home health provider — cut therapy positions nationwide. Her agency lost four occupational therapists and three physical therapists last year as it implemented layoffs and cut back on therapy visits in anticipation of PDGM, she said.

A company spokesperson wrote in an email that Kindred at Home doesn’t discuss staffing decisions. The person maintained that its “focus always has been, and will remain, on providing the right care at the right time for our patients.”

Under PDGM, there are 432 ways of classifying patients. For each, the group is recommending “the amount of time we think a patient should be receiving care,” based on extensive analysis of historical data, Northover said. “I absolutely see no change in how we will provide therapy going forward.”

Encompass Health of Dallas serves about 45,000 home health patients in 33 states, most of them covered by Medicare. It’s using an artificial intelligence tool to predict what kind of services, and how many, patients will need. “We’ve been able to eliminate some wasted visits” and become more efficient, said Bud Langham, chief strategy and innovation officer.

Langham said he was disturbed by reports he was hearing that “agencies are taking a very draconian approach to PDGM.”

“That’s dangerous, and it’s going to lead to worse outcomes,” he said.

In Frederick, Maryland, the Holloways have struggled since SpiriTrust terminated Anthony’s services Nov. 11. Four other agencies rejected Anthony as a patient. Without help stretching his limbs and strengthening his core muscles, he’s in more pain and has four new bedsores on his backside.

“He’s developing scoliosis, and he’s slumping in his wheelchair,” Del said. “And he can’t get comfortable at night. We spend hours trying to reposition him so he’s able to sleep.”

Before his services were cut off, Anthony had been getting three hours of physical therapy, two hours of occupational therapy, one hour of speech therapy per week, plus a visit every other week from a registered nurse.

In an email, Hull of SpiriTrust wrote that “individualized plans of care are developed specific to the needs of each client” and that “PDGM did not influence any decision made specific to this particular client’s plan of care.”

Before retiring in 2016 because of ill health, Anthony was chief of police for the U.S. Bureau of Engraving and Printing. “It seems to me nobody cares about what’s happening to me,” he told me. “It makes me feel terrible — awful, less than human.”

“He’d have to go to a ventilator facility, and there’s only one in my area, and everyone in it was really old and drugged when I visited,” she said. “How can he live in a place like that when he can’t use his arms or hands or operate a call button?”

There is a glimmer of hope. A few days before I spoke with the couple, a fifth home care agency said it would initiate services: two hours each of physical and occupational therapy, one hour of speech therapy and one hour for a home health aide every week.

“I’m relieved, but I also feel I’m walking on eggshells,” Del said, “since they can terminate you at any time.”