For years, state lawmakers have been trying to eliminate secondhand smoke and cigarette butts from California’s 280 illustrious beaches and natural parks.

Once again, they have come up short.

Late Friday, Gov. Jerry Brown vetoed two bills that would have banned or drastically curtailed smoking and vaping in parks and beaches run by the state.

“If people can’t smoke even on a deserted beach, where can they?” Brown pondered in his veto message. “There must be some limit to the coercive power of government.”

Lawmakers who supported the legislation said banning smoking at state parks would protect people from health hazards associated with secondhand smoke and prevent the risks that cigarette butts pose to marine life.

The author of one of the bills, Assemblyman Marc Levine (D-Marin County), said he was disappointed by Brown’s decision. Trying to protect people and wildlife from “poisonous” cigarette butts is hardly coercive, he said in an emailed statement.

“The common person knows these dangers too well, and flippantly dismissing them isn’t cool. Even for a governor who is featured in ‘Rolling Stone’ magazine,” Levine said, referring to an interview with Brown that ran last week in the popular culture biweekly.

Levine’s bill would have established designated smoking areas at some parks and beaches and imposed a fine of $50 on anyone caught lighting up outside of those zones.

Another bill, by Sen. Steve Glazer (D-Orinda), would have banned smoking altogether on state beaches and established smoking zones at state parks. The fine for any violation would have been $100. 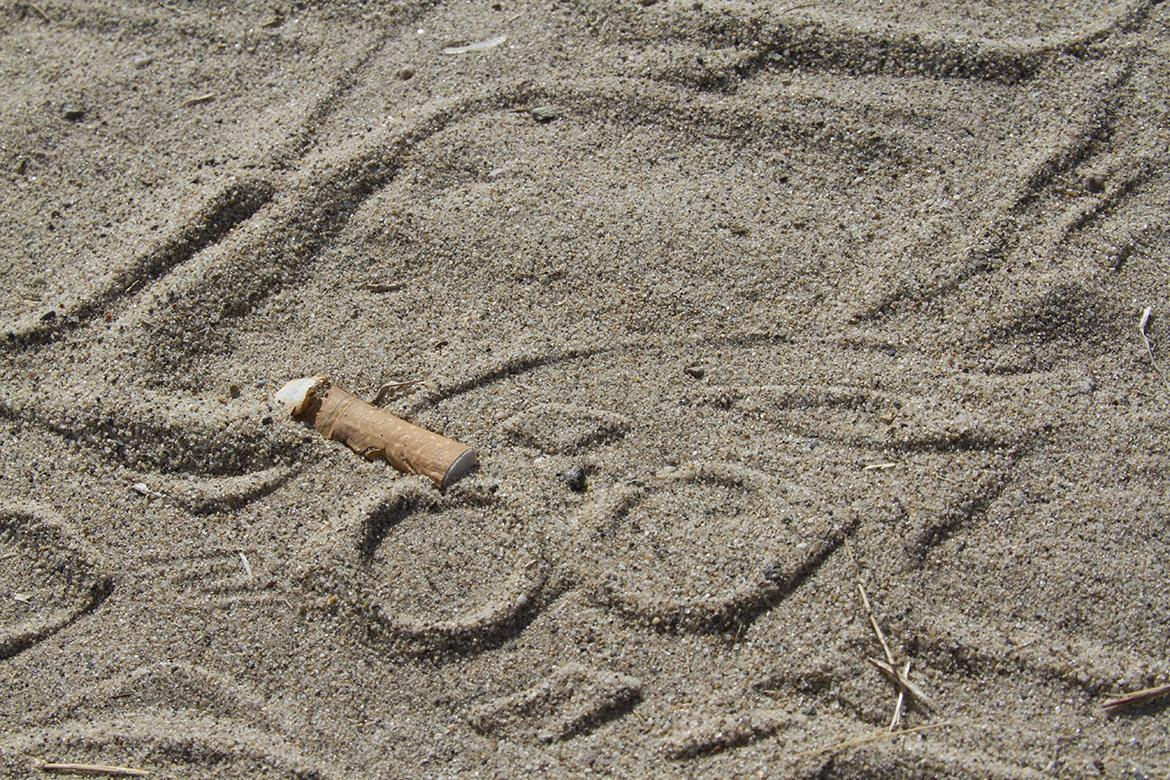 Gov. Jerry Brown vetoed two bills that would have banned or drastically curtailed smoking and vaping in parks and beaches run by the state. (Pauline Bartolone/California Healthline)

Brown and former governor Arnold Schwarzenegger both have vetoed similar measures in the past. Last year, Brown said a smoking ban passed by the legislature was too “broad” and “punitive.”

Beachgoers in Southern California, speaking to a reporter before Brown issued Friday’s vetoes, gave mixed reviews to the idea.

“I’m all for banning smoking on the beach. I think it’s repulsive,” said MaryAnn Morton, a resident of Orange County’s Huntington Beach who regularly visits the shoreline, including a stretch of state-owned beach where smoking is permitted.

Smoking is already prohibited on Huntington City Beach, as well as many other locally managed beaches in California.

Others at Huntington Beach said they didn’t think they would be harmed by secondhand smoke there.

“Sometimes they ban things without a sole reason. … It feels more for votes,” said Jesse Miller, who admitted he and his friends had smoked on the city-managed stretch of Huntington Beach, where it is prohibited.

Glen Stainer, a cigar-smoking tourist from Pennsylvania, said he could get on board with a smoking ban that allowed for designated areas. But in general, people should not smoke when others are nearby, he said.

“I can see two sides” to the issue, Stainer said. “It’s not fair to have smoke being blown on little children that aren’t asking for that. And yet, a beach should be a public place where I can do what I want.”

Will California Kick Butts Off State Beaches? Not This Year